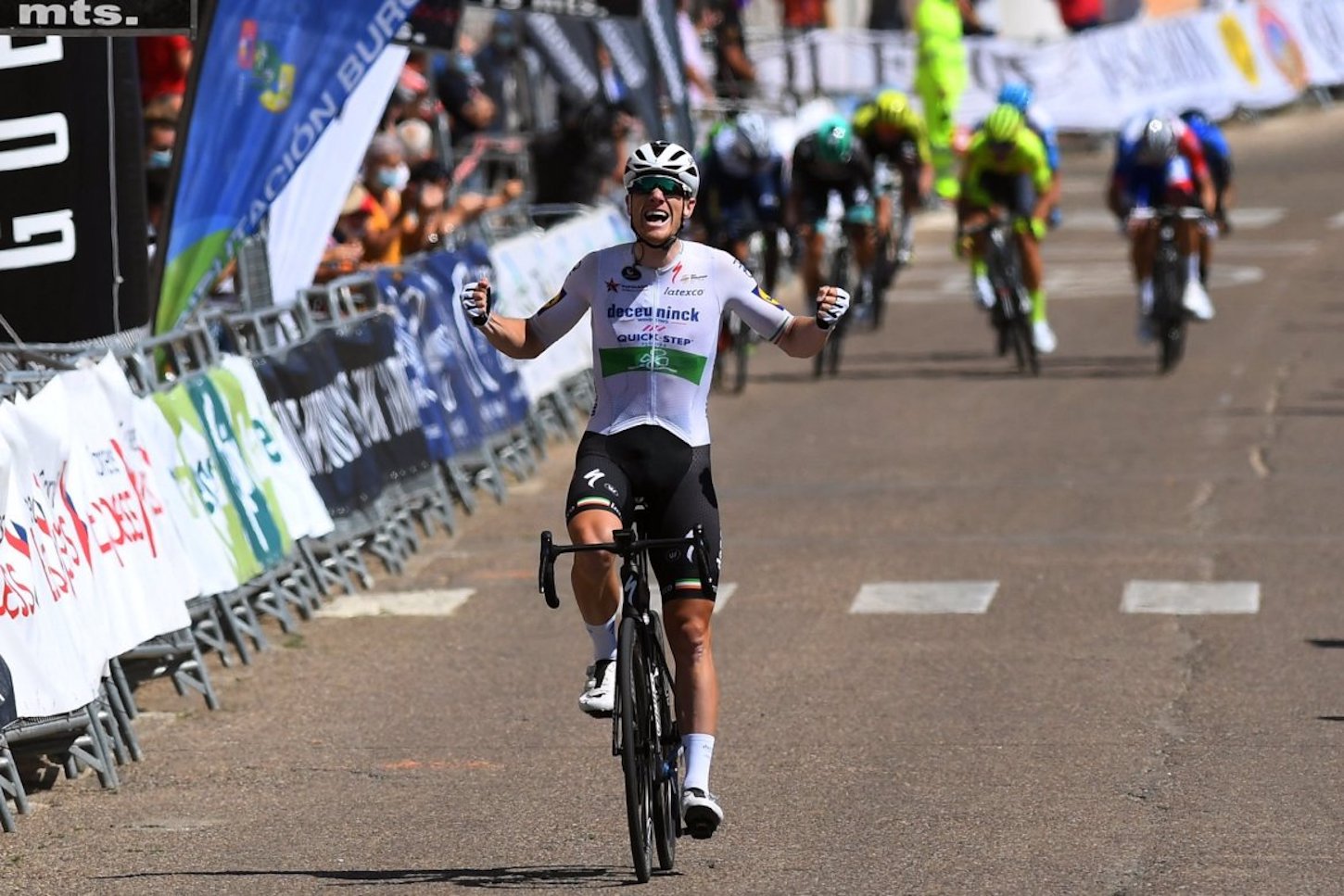 Bennett’s lead-out train was plagued by a crash during the final kilometer, but that didn’t hamper the Deceuninick-QuickStep rider from pressing on alone to seize a solo victory.

A small group of five riders containing Willie Smit (Burgos-BH) and Damiano Cima (Gazprom-Rusvelo) managed to escape early on in today’s 163 kilometer stage from Bodegas Nabal to Roa de Duero. However, the last of the escapees were caught with 11 kilometers to go.

With 5 kilometers to go, the peloton was marred by a crash, affecting riders like Francisco Galavan and David de la Cruz, who were fortunately unscathed.

In the meantime, Teams like Groupama-FDJ, Bora-hansgrohe and Deceuninck-Quick-Step took to the front of the peloton during the last 2 kilometers. But, just under the Flamme Rouge there was another crash that caused havoc.

Seizing upon the chaos, Bennett commenced his winning move during the last kilometer to claim the stage honors in solo fashion, while Démare and Nizzolo finalized the podium.