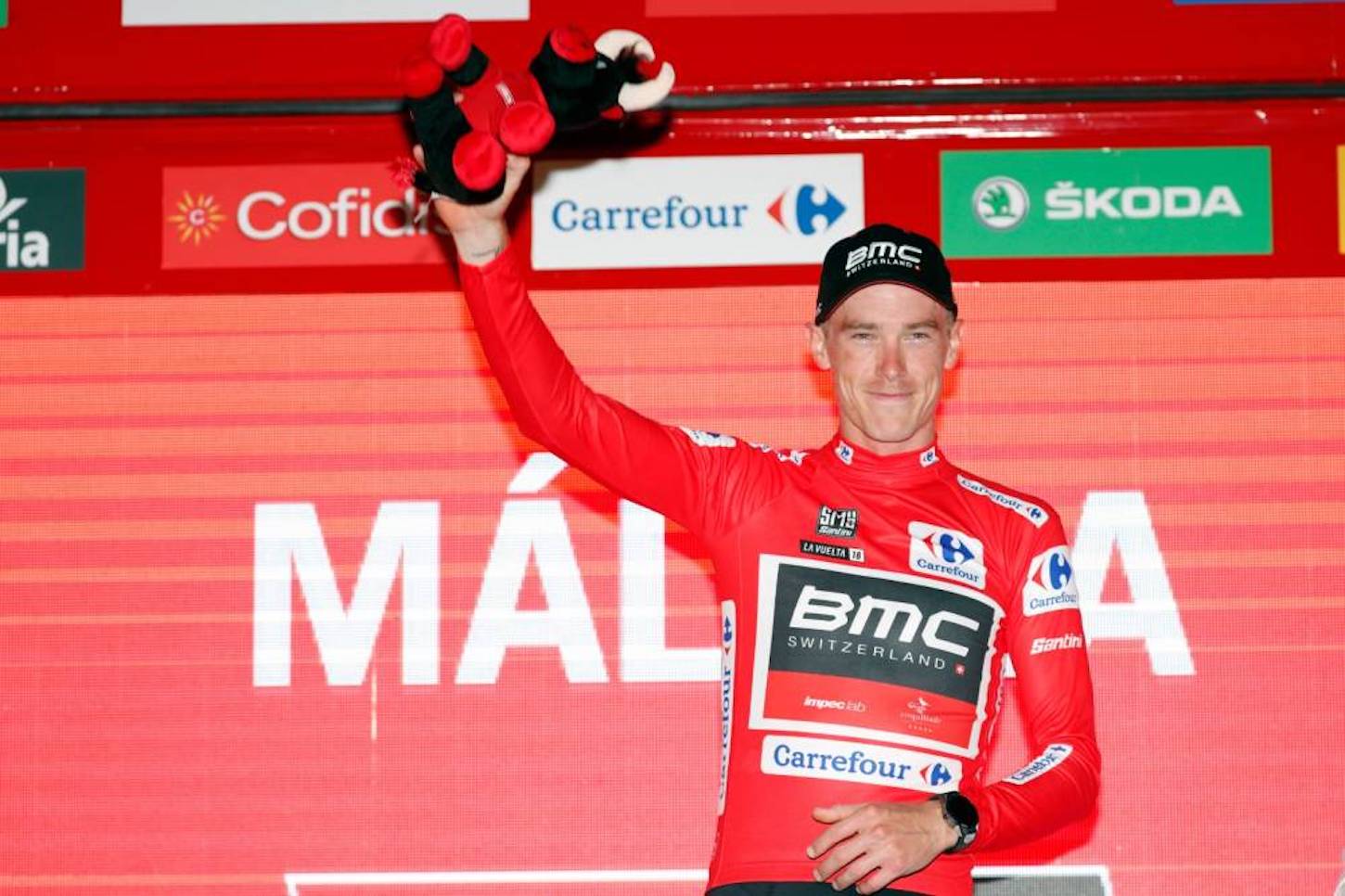 Rohan Dennis (BMC Racing Team) became the first leader this year’s Vuelta a España, after a dominant performance in the opening time-trial in Malaga today.

The Australian champion covered the 8 kilometer course in 9:39, 6 seconds faster than Michal Kwiatkowski (Team Sky) to become the first non-European rider to win individual time-trials on all three Grand Tours after already doing so on the Tour de France and the Giro d’Italia. He already wore the first leader’s jersey in the Vuelta last year in Nîmes and is the first rider to repeat success on two consecutive years since Roger Swerts in 1975. Tomorrow, Dennis will have to defend his red jersey en route to Caminito del Rey, the first uphill finish in this year’s Spanish Grand Tour.

Dylan Van Baarle (Team Sky) was the first rider to break the 10-minute barrier (9:59) He then sat on the hot seat for almost two hours as the Sun was slowly setting down on the Mediterranean coast. BMC Racing Team’s Alessandro De Marchi and Dylan Teuns both came short by a couple of seconds. Spanish champion Jonathan Castroviejo was only one second slower than his Sky teammate. It eventually took a strong push from Nelson Oliveira (Movistar Team) to shake things up with a time of 9:56.

Team Sky still had strong cards up their sleeves and Michal Kwiatkowski proved he comes to La Vuelta in top shape with a time of 9:45, 11 seconds faster than Oliveira! This was enough to hold off the European champion Victor Campenaerts (Lotto-Soudal), trailing by one second. But not Rohan Dennis (BMC Racing Team), who completes his treble after already wining opening time-trials at the Tour de France and the Giro d’Italia.

Among GC contenders, Wilco Kelderman (Team Sunweb) hinted his injuries are behind him, with the 10th time today (+22), just ahead of Movistar’s Alejandro Valverde (+24) and Nairo Quintana (+30). Richie Porte (BMC Racing Team) struggled much more for his return to competition after crashing out of the Tour de France in July, dropping 51 seconds.