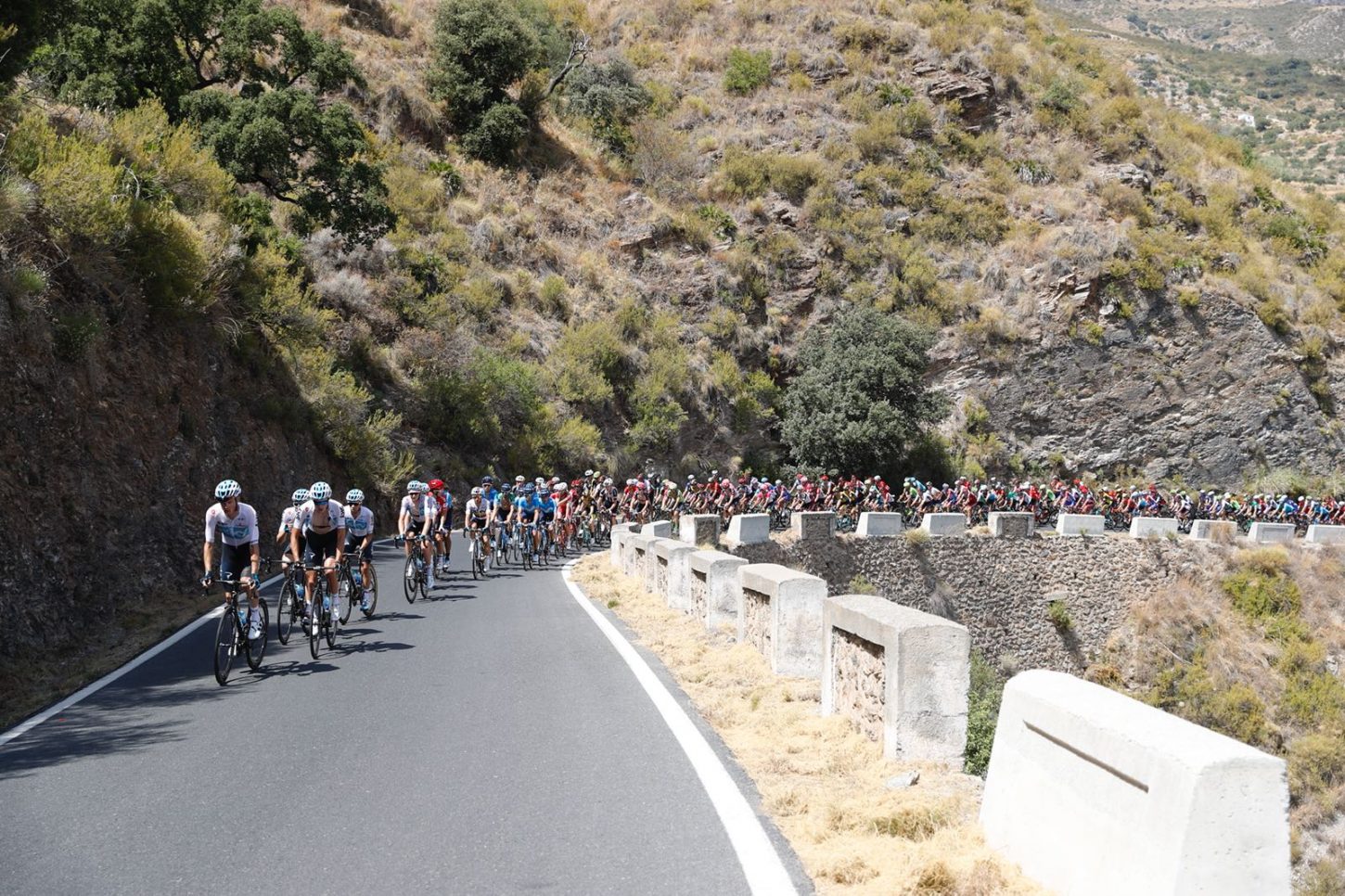 Ben King (Dimension Data) won stage 4 of the Vuelta a España today, after the American rider nixed Nikita Stalnov (Astana) atop the summit finish of the Puerto de Alfacar.

Meanwhile, race leader Michal Kwiatkowski (Team Sky) crossed the finish more than 3 minutes down, but it was enough for the Polish rider to retain his red jersey, despite a powerful attack by Simon Yates (Mitchelton-Scott) during the last 4 kilometers.

From there, the group’s advantaged steadily grew, swelling to as much as nine minutes with just under 60 kilometers to go.

With the breakaway now almost certain to contest the win, it wasn’t long after the 50 kilometer mark that riders to begin attacking, with Lotto-Soudal’s Jelle Wallays the first to try his luck to no avail.

Once the group settled down, the began working together again towards the final climb, gradually lifting their lead to a maximum gap of 9:50.

That was until Wallays gave it a second go, attacking again with 32 kilometers, but to no avail once more.

With 20 kilometers remaining, the attacks began to come more frequent, with Wallays and King eventually getting while Stalnov joined them with 16 kilometers to go.

The trio managed to quickly open up a 20 second gap, before extending their lead to more than 40 seconds along the 12.4 kilometer climb of the Puerto de Alfacar.

Back in the peloton, LottoNL-Jumbo drove the pace on the early slopes, with no attacks coming from the GC contenders.

But, Yates later attacked with just over 5.5 kilometers to go, stringing out his rivals and opening up a slight gap of 17 seconds.

Up front, King and Stalnov entered the final kilometer together with the American rider fixed on Kazakh’s wheel.

For a moment, there appeared to be a lull with the two leaders, and Rolland looked like he might latch back on.

However, as they hit the final 200 meters, King came around Stalnov with a final acceleration that proved insurmountable for his Astana rival, earning the Dimension Data rider his first Grand Tour stage victory.

Meanwhile, back in the peloton, Yates was able to hold on to take a 27 seconds advantage over the Kwiatkowski group, with Bora-Hansgrohe’s Emanuel Buchmann the only rider able to get close to him.