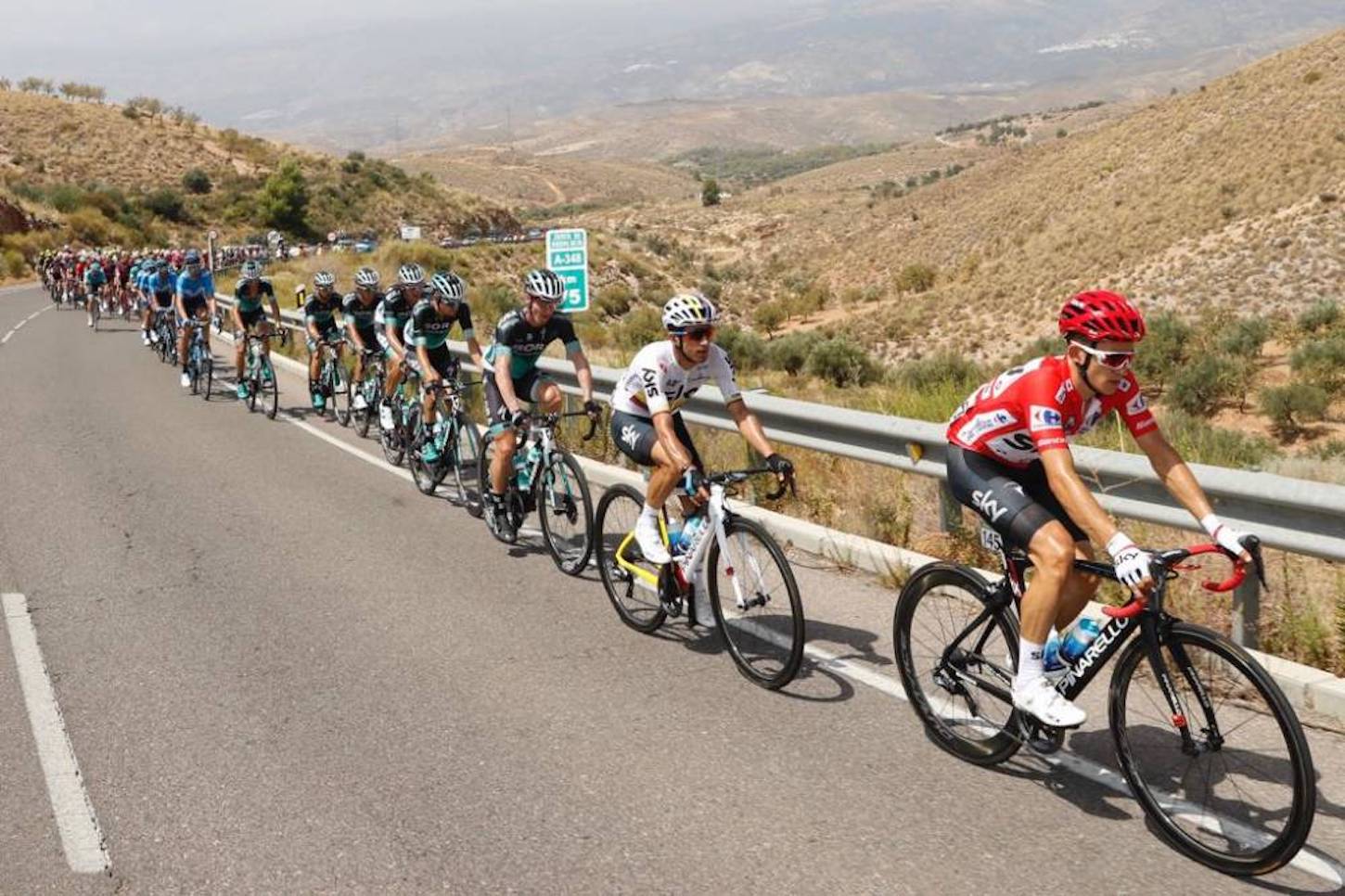 It took 25 kilometers of racing before a sizable breakaway group of 25 containing riders such as Valerio Conti, Sepp Kuss, Alessandro De Marchi, Bauke Mollema, Matteo Trentin and Jai Hindley managed to get away.

However, with 77 kilometers to go, De Marchi and Rossetto jettisoned the group, subsequently creating a considerable gap for themselves.

Shortly thereafter, Rossetto dispatched De Marchi, only to be joined by Mollema and Clarke.

Despite having mechanical problems, Mollema managed to stay on terms with his fellow escapees during the last kilometers, while Team Sky took control of the peloton in defense of Michal Kwiatkowski’s red jersey.

Nevertheless, the leaders were successful in remaining outside the grasp of the chase group, with Clark ultimately emerging victorious ahead of Mollema and De Marchi.

Molard crossed the finish line eight seconds behind Clarke, ultimately wresting the leader’s jersey from the shoulders of Kwiatkowski.