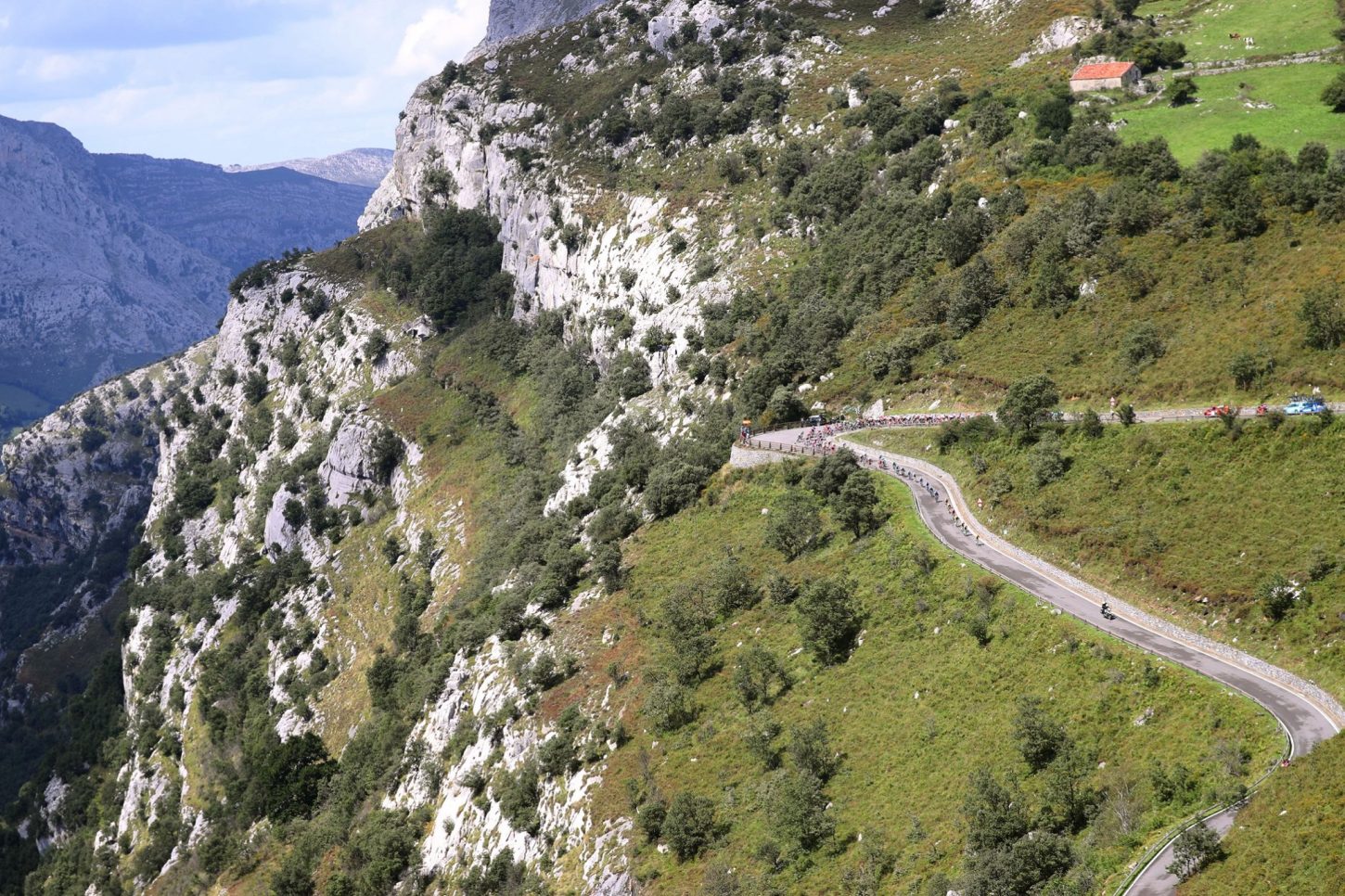 Sam Bennett (Bora-hansgrohe) won stage 14 of the Vuelta a España today, after the Irish rider emerged victorious in a small bunch sprint ahead of Maximiliano Ariel Richeze (Deceuninck-QuickStep) and Tosh Van Der Sande (Lotto Soudal), who had attacked with around 500 meters to go.

Meanwhile, most of the peloton was caught up in a huge pile up that held up a majority of the field inside the final kilometer, with several riders needing medical attention at the scene of the crash including world champion and GC contender Alejandro Valverde (Movistar).

However, race leader Primoz Roglic (Jumbo Visma) was able to finish safely in the peloton to retained his grip on the lead.

However, after a long day out front, the escapees were eventually reined in with 10 kilometers to go.

Heading into the final stretch, Van der Sande was the first rider to launch a strong attack taking advantage of the chaos the peloton was caught up in behind.

Richeze managed to bridge his way to his Belgian rival, but before either rider could taste victory, Bennett sprinted past both of them to snatch the stage honors.