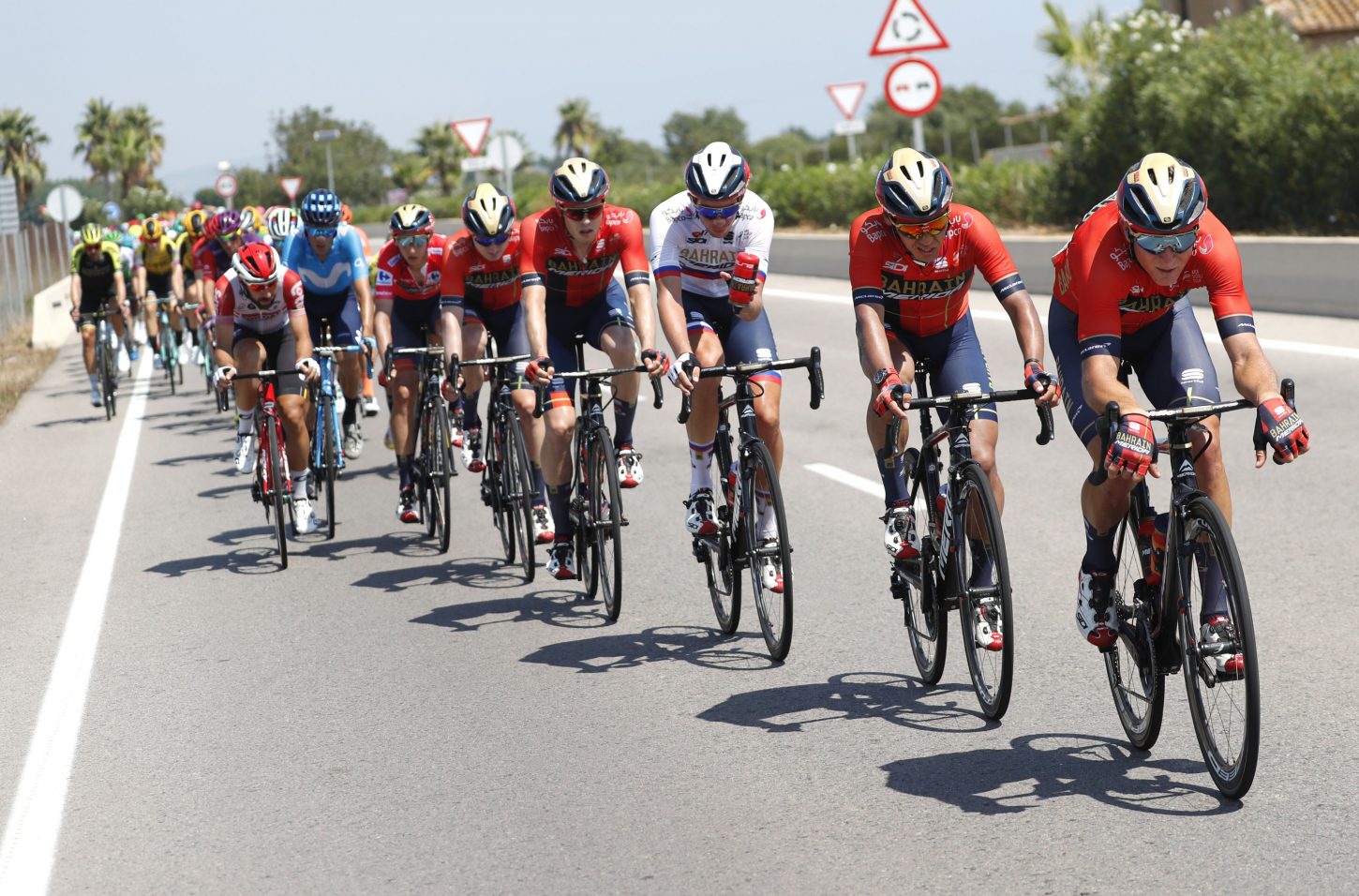 Sergio Henao and Gianluca Brambilla were caught on the foot of the climb and the race soon broke up as gradients in excess of 20% tested the legs of the very best in the field.

A heavyweight quartet of Valverde, Roglic, Nairo Quintana and Miguel Angel Lopez attacked off the front and it was the veteran Spanish rider  who claimed it on the line, taking small time out of his rivals but opening up huge gaps further back in the field.

Sergio Henao led the breakaway group atop the first three climbs of the day to take the maximum KOM points.

With 65 kilometers to go, the group’s advantage was holding at 4:56, when Movistar decided to up the chase, later bringing the gap down to two minutes at the bottom of the penultimate climb.

With the gap continuing to fall, Gilbert and Sergio Henao decided to attack, bringing Sebastian Henao and Brambilla along with them, while Teuns got dropped from the bunch with 27 kilometers to go.

With 12.5 kilometers remaining, Gilbert decided to attack again, with only Sergio Henao able to follow.

Meanwhile, Astana was working in earnest to reel in the leaders, bringing the gap down to under a minute.

Approaching the infamous Alto Mas de la Costa, the lead group was clinging to just a 14-second margin before being caught by the peloton being led by Jumbo-Visma’s Sepp Kuss.

Quintana subsequently attacked with 3.2 kilometers to go, with only Valverde, Roglic and Lopez able to respond to the Spanish rider’s aggressions.

With just over two kilometers left, Quintana accelerated again, but the four riders remained together until Valverde powered his way to victory during the final 150 meters.