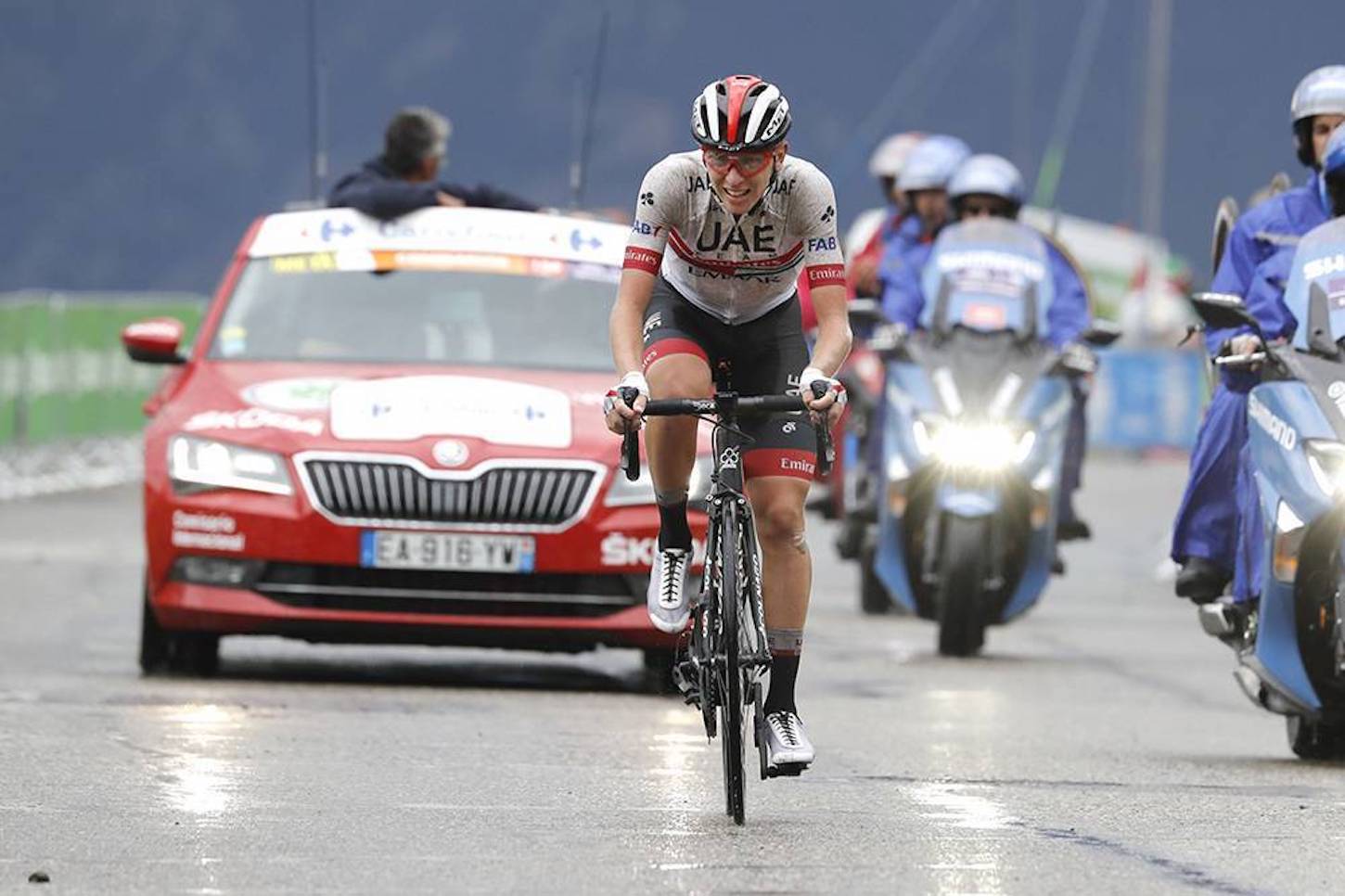 Tadej Pogačar (UAE Team Emirates) took a surprising victory in stage 9 of the Vuelta a España atop the summit finish of Cortals d’Encamp today, after the Slovenian neo-pro attacked from an elite group of favorites along the final climb to seize his first-ever Grand Tour win.

With 45 kilometers to go, Bouchard launched an attack of his own, briefly creating a small advantage for the French rider.

With 19 kilometers remaining, Miguel Ángel López (Astana) decided to attack from the chase group that was initially responded by only Quintana, who was soon joined Roglic, George Bennett (Jumbo-Visma) and Valverde.

However, a determined López was able to jettison his fellow escapees, and with the help of some teammates was able to continue on alone in pursuit of the leaders.

In the meantime, Hart and Ben O’Connor (Dimension Data) succeeded in bridging their way to Bouchard at the front during the final climb.

The final kilometer was hit with a devastating storm, leaving the public without footage of the race for a while.

When communications resumed, Valverde and Quintana were riding alongside López, while Roglic had been dropped. But, Soler was now out front alone.

Soon after, Quintana launched an attack, which was keenly marked by Pogacar.

Roglic later reached López et al, while Valverde launched a new attack that was quickly neutralized by the group.

Moments later, Movistar gave the order to Soler to stop and help Quintana, which the Spanish rider didn’t look too happy about.

Pogacar subsequently launched an attack that proved unassailable by Quintana, who was seen struggling to stay on terms the UAE Emirates rider.

Back in the group of favorites, Roglic caught and dropped Valverde, while López seemed to be suffering the consequences of an off-camera  crash, showing signs of scrapes and bruises to his arm.

Pogacar went on to claim the stage honors, while Quintana crossed the finish 23 seconds later.

Roglic arrived at the finish 48 seconds behind the winner, followed by Valverde and Soler, nine-seconds later.

As a result, Quintana took over the race lead heading into tomorrow’s first rest day with a six-second lead over Roglič, while López and Valverde lie in third and fourth overall, at 17 and 20 seconds, respectively.

The Vuelta continues on Tuesday with a time trial event in Pau.