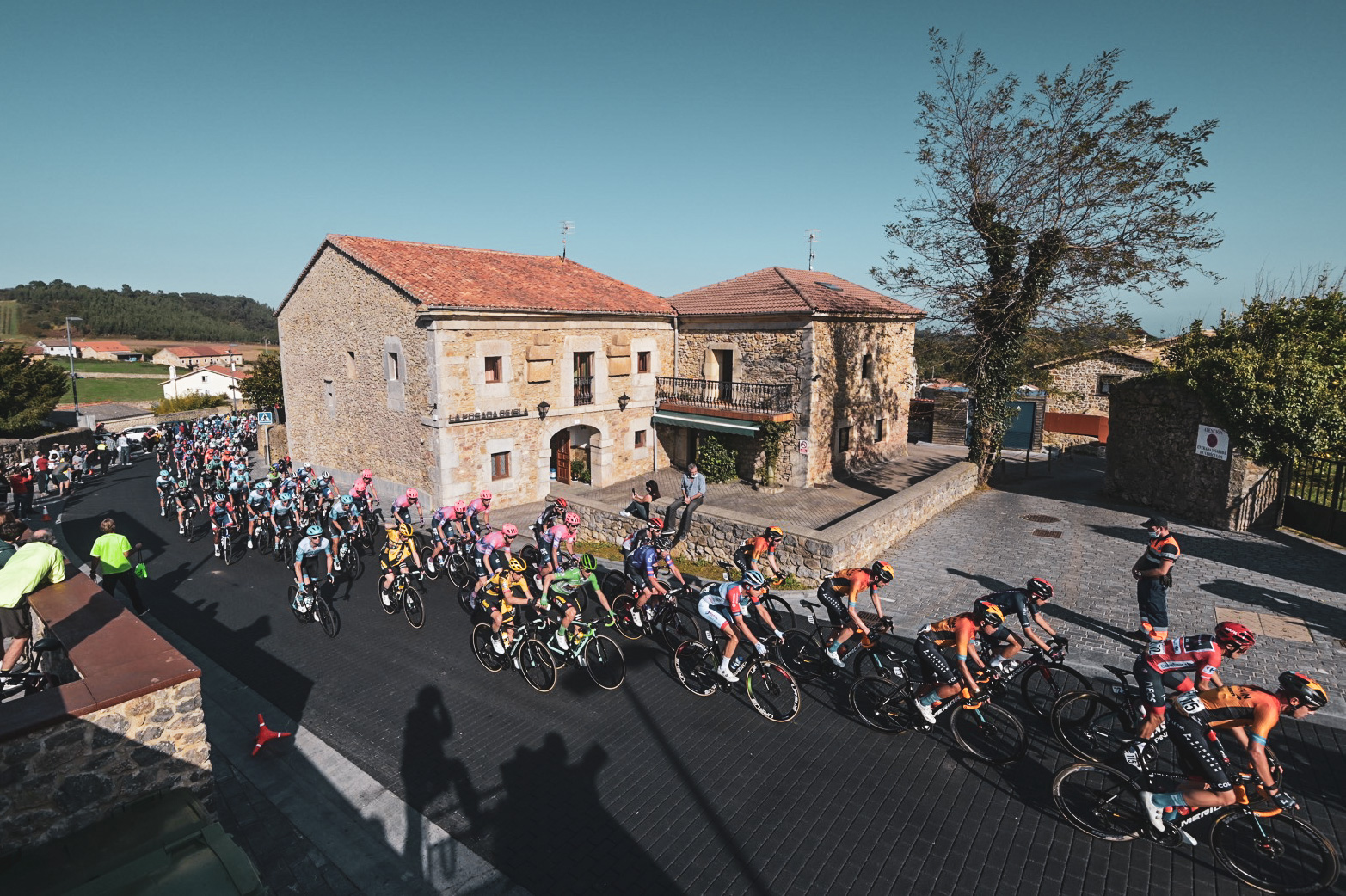 Primož Roglič (Jumbo-Visma) won stage 10 of the Vuelta a España today, after the Slovenian rider surged clear of the rest of the field during an uphill sprint in Suances.

Today’s victory not only earned Roglič the stage honors, but a 10-second bonus also tied him with Richard Carapaz (Ineos Grenadiers) for the overall race lead.

Attacks flew as soon as the peloton departed Castro Urdiales, welcoming a stage for the first time since 1958.

The quartet of Michal Paluta (CCC), Brent Van Moer (Lotto Soudal), Pim Ligthart (Total Direct Energie) and Alexander Molenaar (Burgos-BH) were the first riders to break clear of the peloton, quickly opening up a slight gap of almost half a minute before being joined by Jonathan Lastra (Caja Rural-Seguros RGA).

Paluta later punctured, leaving the Polish rider in purgatory for awhile before being swallowed back up by the peloton.

Meanwhile, the remaining escapees saw their advantage balloon to over 12 minutes, as Movistar, Deceuninck-Quick Step, Mitchelton-Scott and Astana lead the chase in earnest.

With 80 kilometers to go, the breakaway group’s gap had fallen to six minutes, and later down to just over four minutes as they reached bottom of the only categorized climb of the day, the Alto de San Cipriano.

With 35 kilometers remaining, Mitchelton-Scott upped the ante, which saw the gap dwindle to just one minute, signaling the end of the breakaway just 10 kilometers later.

Willie Smit (Burgos-BH) was the first rider to attack from out of the peloton, only to be quickly reeled back in.

A last attack came from Guillaume Martin (Cofidis) during the closing kilometer. But, Carapaz and Roglič were keen to mark the French rider’s move, with Roglič sailing away from both of his rivals to clinch the stage victory.