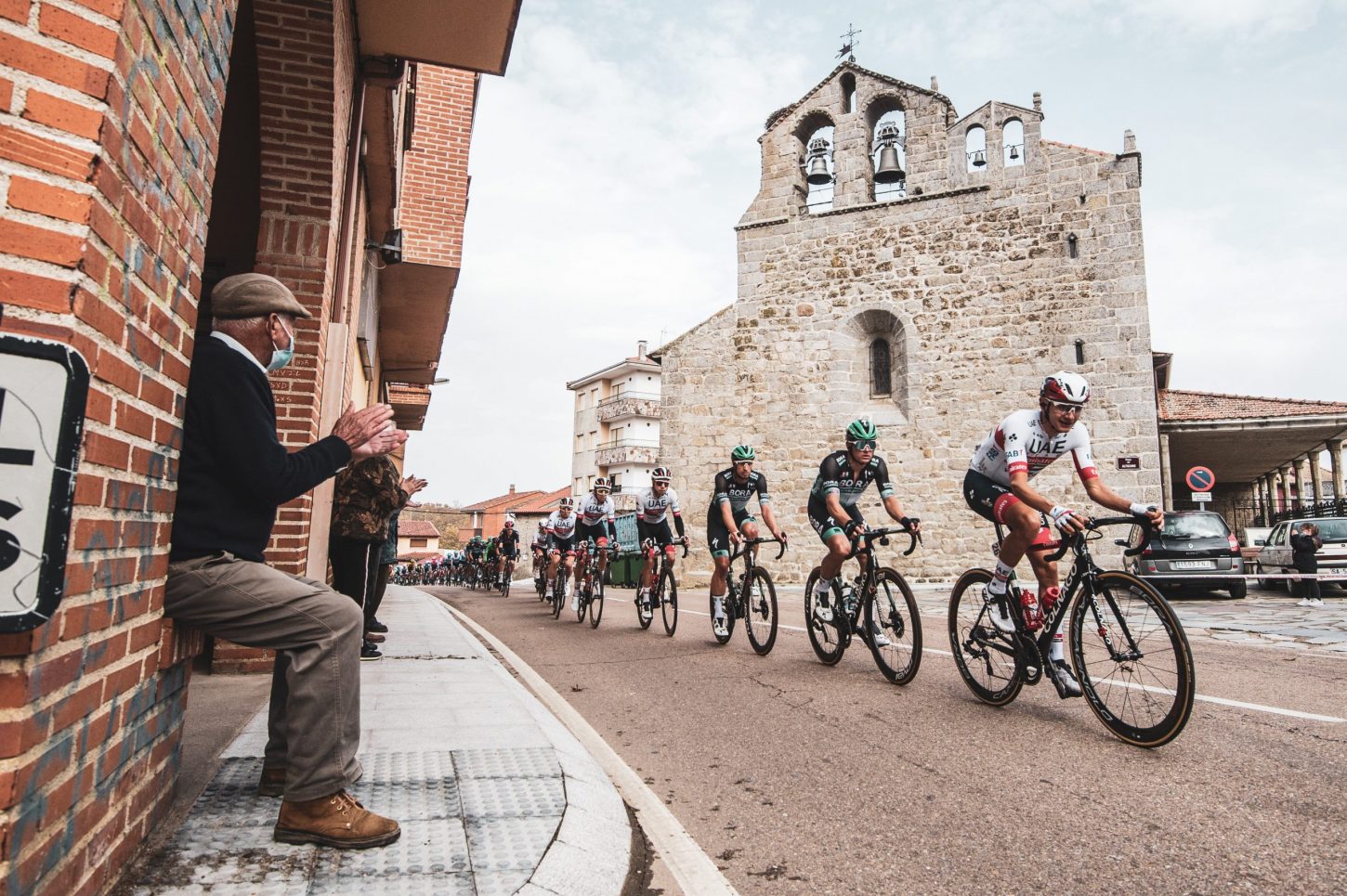 Magnus Cort Nielsen timed his sprint to perfection to win Stage 16 of the Vuelta a España today, while Primoz Roglic grabbed second place, earning himself some crucial bonus seconds to extend his lead in the general classification over Richard Carapaz and Hugh Carthy going into the final weekend of the race.

Nielsen proved to be the strongest finished in a hotly contested bunch sprint at the end of a lumpy stage.

But, Roglic was the other big winner on the day, as the Slovenian rider managed to get himself into the fray and claim second place, earning himself some bonus seconds that could prove crucial come Sunday’s finish in Madrid.

It took 15 kilometers of racing before Angel Madrazo and his Burgos-BH teammate Juan Felipe Osorio managed to breakaway from the peloton.

It was long however, before the duo was joined by Rémi Cavagna (Deceuninck-Quick Step), Robert Stannard (Mitchelton-Scott), Kobe Goossens (Lotto Soudal) and Jesus Ezquerra (Burgos-BH).

With 35 kilometers to go, Cavagna attacked his fellow escapees along the steepest slopes of the climb of the Puerto El Robledo, taking Stannard along with him.

With a rapidly approaching peloton, Cavagna decided to jettison Stannard and set out on his own. But, the Frenchman was eventually reined in with 2 kilometers to go.

As the peloton was nearing the finish, Alejandro Valverde (Movistar) was the first rider to open up his, with Nielsen keen to mark his move, a decision that paid off for the Danish rider who not only overhauled his Spanish rival, but also held-off a fast charging Roglic and Rui Costa (UAE Team Emirates) to claim the stage honors.