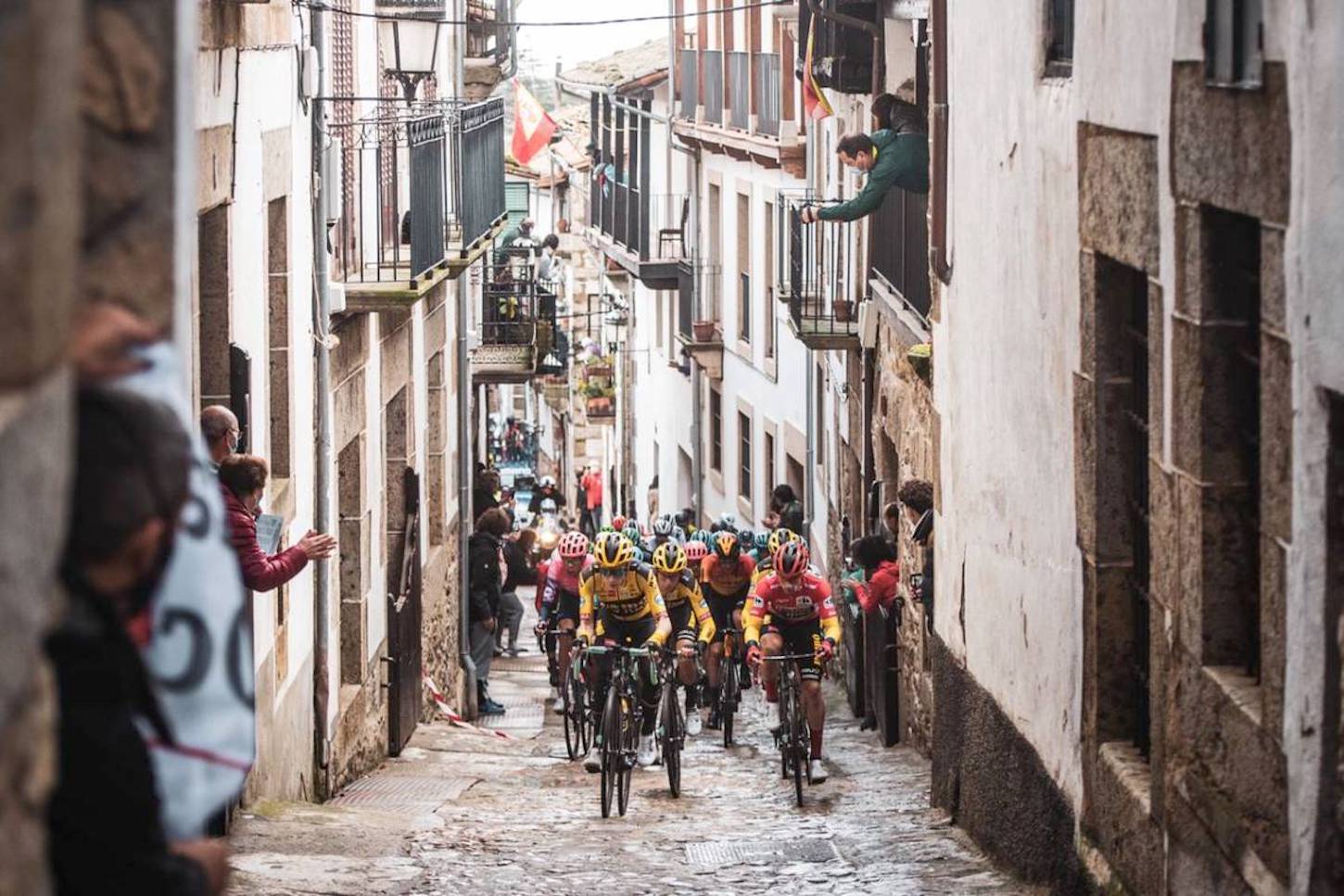 Meanwhile, Richard Carapaz (Ineos) and Hugh Carthy (EF Pro Cycling) both attacked on the final climb, but neither were able to take enough seconds out of Roglic to deny the Jumbo-Visma rider an inevitable victory tomorrow.

Roglic lost time to both of his rivals on the mountain top finish at Alto de La Covatilla, but fought all the way to the line to limit his losses and remain in the overall lead of the race with just tomorrow’s final ride into Madrid.

In a breathtaking final climb of the race it was Carthy who launched the first big attack, but it was Ineos rider Carapaz who succeeded in breaking clear of Roglic with a huge final push. Carthy, whose initial attack left Roglic without teammates after Sepp Kuss cracked under the strain, was able to distance Roglic about 500 meters later, but was unable to close the gap to Carapaz significantly.

Roglic used teammate Lennard Hostede to good effect after the young Dutchman dropped back from the breakaway to assist his team leader, and this effort, combined with some generous help from Enric Mas and Marc Soler (Movistar) was enough to save Roglic’s Vuelta title.

Both Carapaz and Roglic sprinted during the final 100 meters, evidencing just how close both riders believed the race to be.

For Gaudu, the French rider was a part of a large breakaway of 34 that went up the road after 20 kilometers of racing, later attacking off the front of the breakaway and soloing to the line ahead of Gino Mader (NTT Pro Cycling) and Ion Izagirre (Astana).

David de la Cruz and his UAE Team Emirates squad managed to get four riders into the original breakaway, helping to propel the Spanish rider  from tenth to seventh overall. Gaudu also moved up in the classification with his impressive victory.

Roglic had already secured enough of a lead in the points classification to guarantee he will take it home in Madrid on Sunday, while the mountains classification was also sewn up earlier this week by Guillame Martin (Cofidis).

Enric Mas battled hard to try and crack Roglic when the first Carthy attack was unsuccessful, but ultimately ended up right where he started the day, leading the white jersey and fifth on GC.

Marc Soler did not make the breakaway, initially, but was awarded the most combative rider prize after bridging over to the move with a daring attack out of the peloton in the final 50 kilometers.