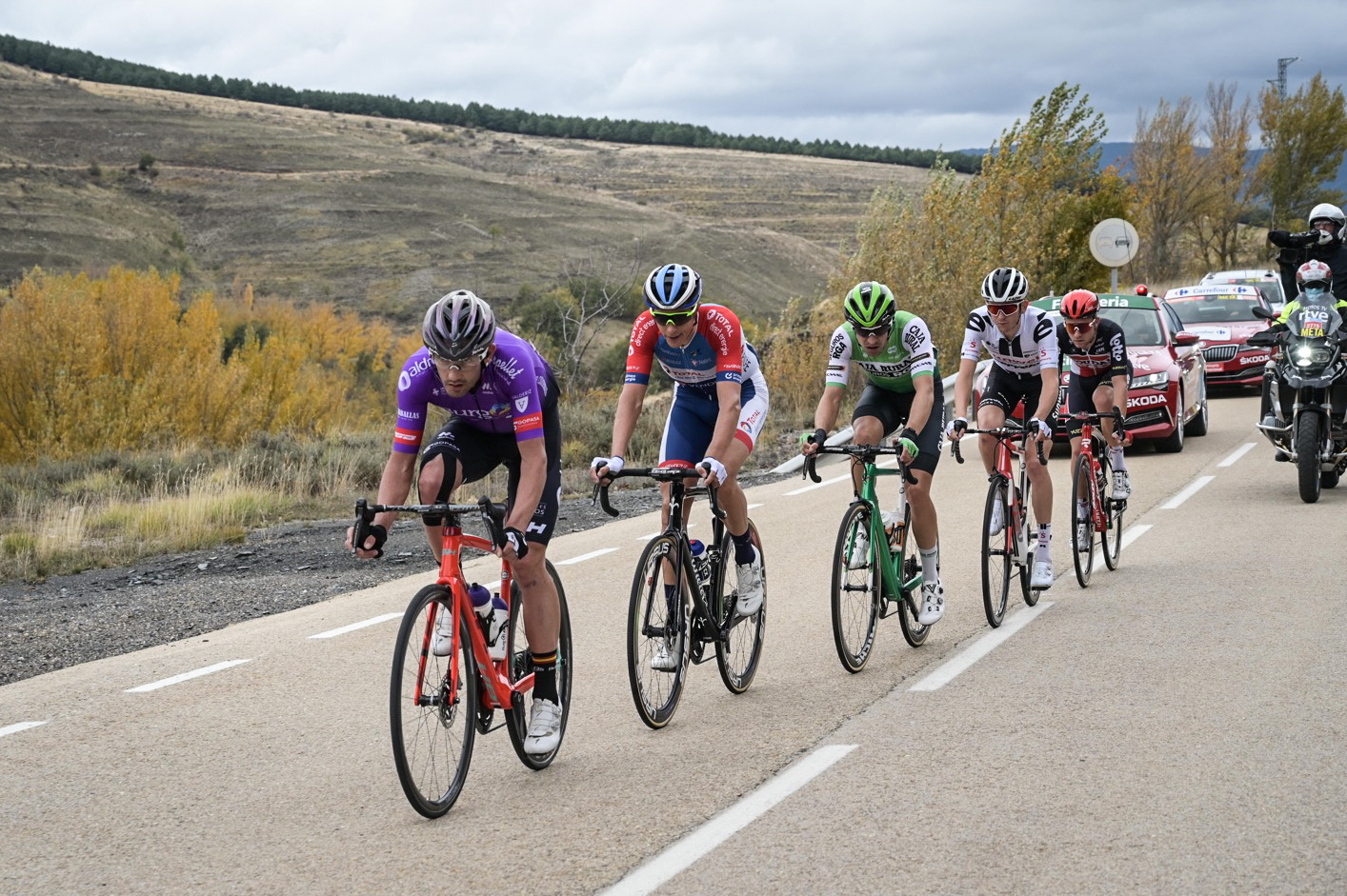 Dan Martin (Israel StartUp Nation) emerged victorious ahead of Primoz Roglic (Jumbo-Visma) and Richard Carapaz (Ineos) in stage 3 of the Vuelta a España today, moving Martin to within five-seconds of the overall lead in the Spanish Grand Tour.

Martin refused to fade in a bruising uphill sprint on double-digit inclines, holding-off Roglic and Carapaz on the final ramp after launching an  uphill attack during the final 200 meters of today’s 160 kilometer stage from Lodosa to Laguna Negra de Vinuesa.

Roglic still leads the GC battle over Martin, while Carapaz is in third at 13 seconds back.

Esteban Chaves (Mitchelton Scott) was the GC rider to lose most time today, after an inopportune flat tire left him to complete the stage on his much-taller teammate, Tsgabu Grmay’s, bike.

The green points jersey stays with Roglic, while Carapaz is still in the lead of the climber’s classification and Enric Mas (Movistar) carries on leading the young rider competition.

Thibaut Pinot (Groupama) did not start, citing his back injury from the Tour de France, while Bahrain McLaren’s Matej Mohoric also did not leave Lodosa with the peloton this morning.

Roglič’s Jumbo-Visma team worked in earnest to keep the gap to around four minutes until the first climb of the day, the cat-3 Puerto de Oncala.

EF Pro Cycling controlled the group up the climb, with Van der Sande being the first of the escapees to reach the summit before the group was caught with 50 kilometers remaining.

With the peloton now back together, a new group of attackers containing Valentin Ferron, Paul Ourselin (Total Direct Energie), Hector Saez (Caja Rural) and Angel Madrazo (Burgos-BH) managed to ride clear and open up a modest advantage of 1:35 with 40 kilometers to go.

From there, the escapees continued to extend their gap, as they positioned themselves ahead of the final climb to La Laguna Negra. But, the attackers are eventually caught with 7.5 kilometers left.

With 5 kilometers to go, Chris Froome upped the pace for his Ineos-Grenadiers team, with an attack coming from Kenny Elissonde (Trek-Segafredo) during the last 2.5 kilometers. But, the French rider was caught by the chase being led by Ivan Sosa.

Clément Champoussin (AG2R-La Mondiale) was the next rider to try his luck during final kilometer, but to no avail.

The final battle for victory along the steep 15% slopes came down to an elite group of climbers, with Martin making his winning move during the waning moments of the race to hold-off Roglic and Carapaz and seize the stage honors.