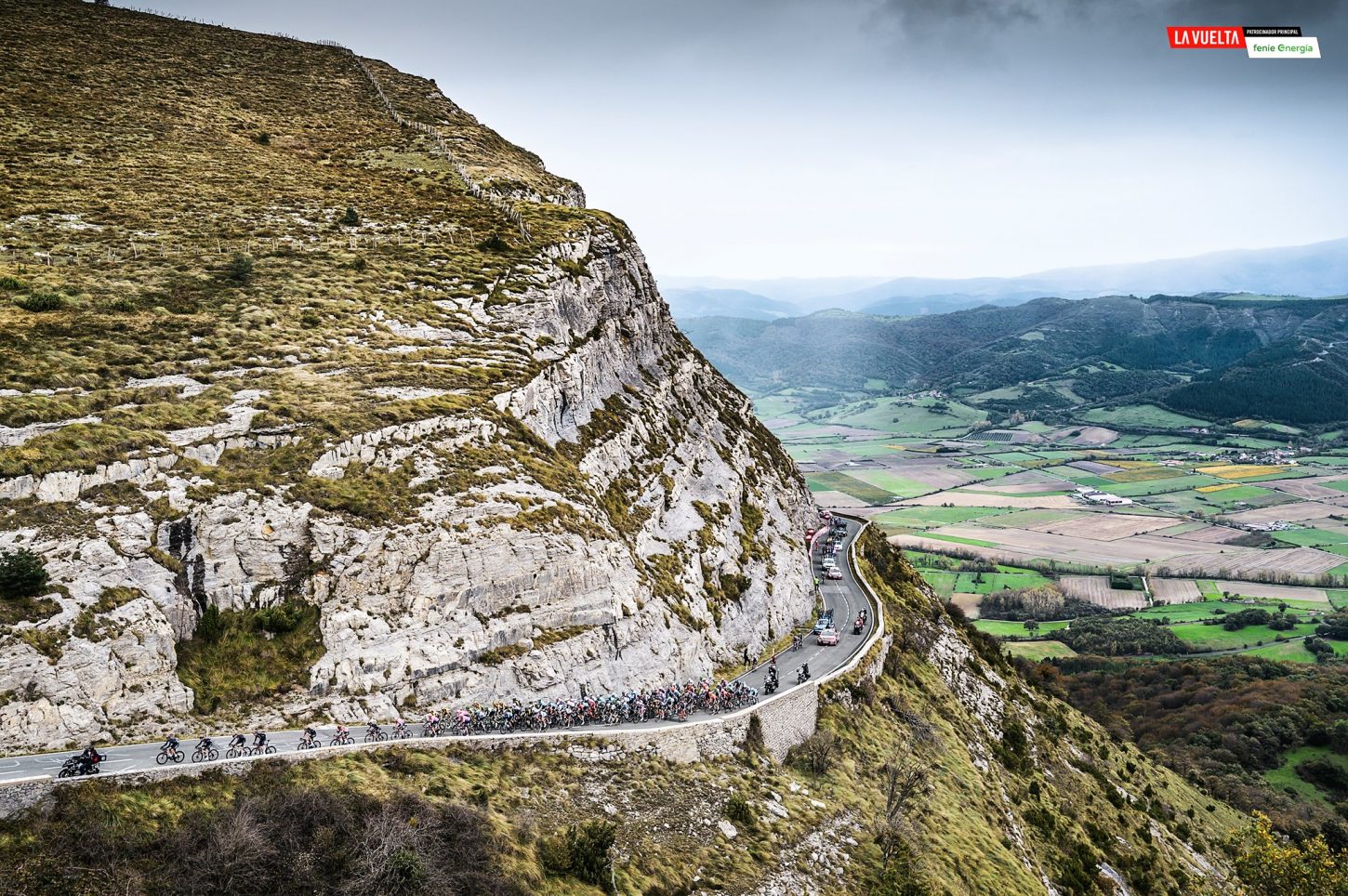 Primoz Roglic (Jumbo-Visma) won stage 8 of the Vuelta a Espana atop the Alto de Moncalvillo today, moving the Slovenian rider back into the overall race lead.

Roglic succeeded in distancing Richard Carapaz (Ineos Grenadiers) during the waning moments of the stage to earn back the red jersey, after losing it to his Ecuadorian rival on the previous day.

Carapaz himself was an attacking force toward the top of the 8.3 kilometer climb, but he was unable to respond to Roglic’s counter-attack during the last 750 meters, finishing 13 seconds down, while Dan Martin (Israel Start-Up Nation) followed at 19 seconds back.

A group of seven riders managed to escape the peloton early-on in today’s 164.6 kilometer route that featured two Category 1 climbs, including the mountain-top finish.

At one point, the breakaway group had succeeded in opening up an advantage of more than five minutes over the peloton. But, after a long-day out front, the last of the escapees was caught with just 7 kilometers to go.

From there, Movistar’s Alejandro Valverde attacked. But, the veteran Spanish rider was soon reeled back in.

With 3 kilometers remaining, Hugh Carthy (EF Pro Cycling) decided to attack, a move that was quickly marked by Sepp Kuss (Jumbo-Visma), while riders like Carapaz, Martin, Roglic and Aleksandr Vlasov (Astana) were also keen to follow.

Carthy was later caught by the others, while Kuss continued on alone until he was reined in as well.

Vlasov was the next rider to attack, only to be joined by Roglic and Carapaz, with the stage ultimately unfolding into a showdown between the Slovenian and the Ecuadorian.