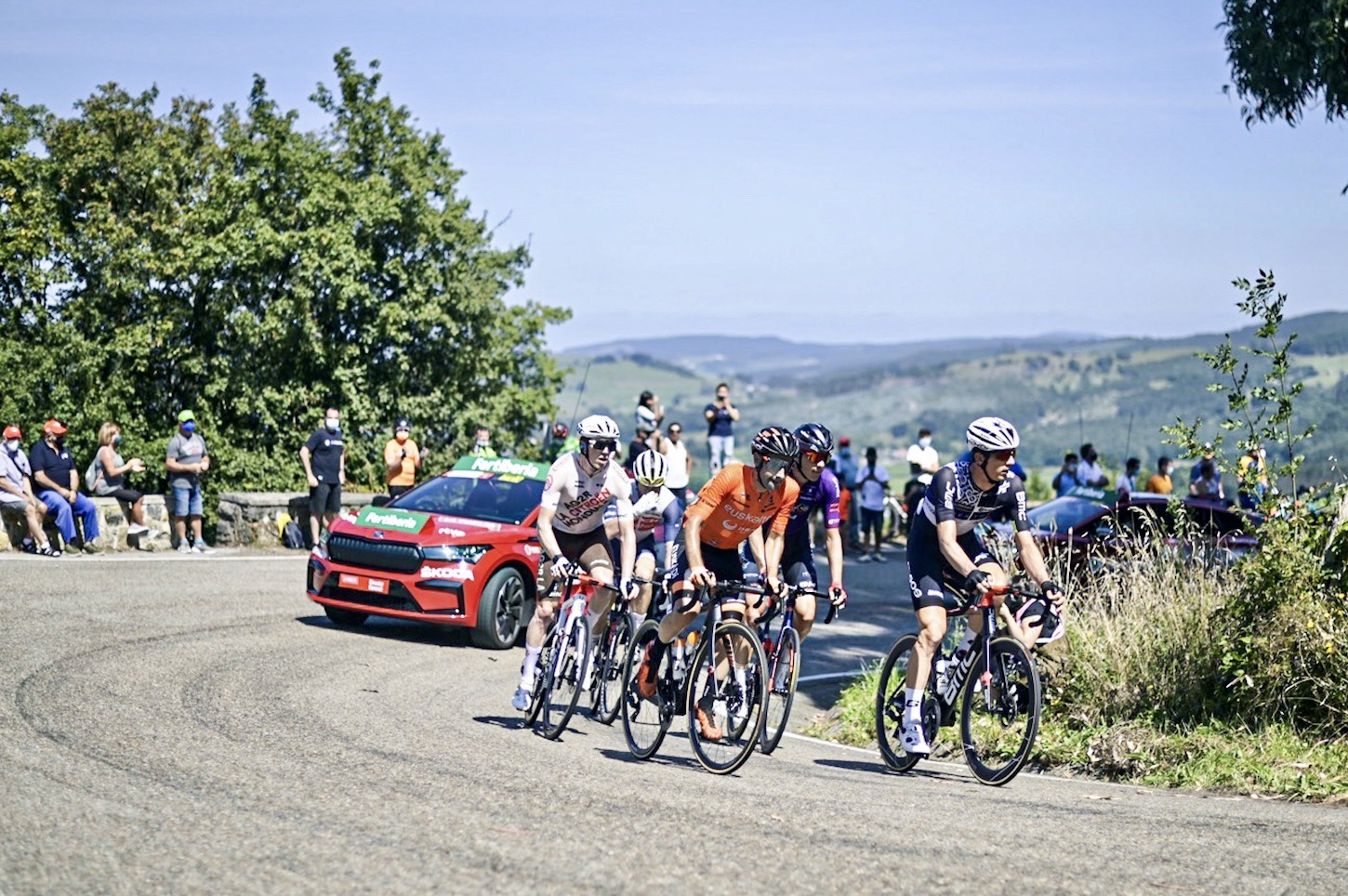 Fabio Jakobsen (Deceuninck-QuickStep) claimed stage 16 of the Vuelta a España, winning the hectic sprint in Santa Cruz de Bezana to take his third victory in this year’s Spanish Grand Tour.

Despite losing the wheel of his lead out man, Jakobsen still managed to make his way to the from during the final kilometer with enough reserves onboard to fend-off Matteo Trentin (UAE Team Emirates) and Jordi Meeus (Bora-Hansgrohe) to seize the stage honors.

“A birthday is always a good day, but I’m over the moon with this win,” Jakobsen said, praising the chase of his Deceuninck-Quickstep teammates

“I think what we saw today is the ‘Wolf pack’. I was dropped on the climb, the guys waited for me, they brought me back and I won the race. The only thing I can do is win a short, fast sprint – they did everything else today.”

Meanwhile, Odd Christian Eiking (Intermarché-Wanty-Gobert) finished safely in the peloton to retain the overall race lead for another day and so into the Asturian mountains and Wednesday’s mountain finish at Lago di Covadonga.

The Norwegian leads Guillaume Martin (Cofidis) by 54 seconds, with Primož Roglič third overall at 1:36 and Enric Mas (Movistar) his closest rival at 2:011

The high-speed accident later took down 15 riders most notably the Italian climber Giulio Ciccone (Trek-Segafredo), Martin and Mas. The  Frenchman and the Spaniard were able to ride back into the peloton without too much trouble, but Ciccone needed medical assistance before getting back in the saddle. Starting the stage in 12th place just over six minutes down, Ciccone finally rejoined the pack after 30km but later withdrew because of a knee injury.

On a challenging day over rolling roads with over 2,270 meters of climbing, the breakaway never managed to hold much more than two minutes over the peloton.

Harm Vanhoucke (Lotto Soudal) was able to attack from the peloton on the only categorized climb of the day, the Cat.3 Alto de Hijas, with 75km remaining to make it six men out in front entering the last part of the stage.

Splits occurred when UAE Team Emirates squad drilled out a hefty tempo on the front of the pack in a bid to distance some of their fast finisher Trentin’s rivals, with the man in green momentarily caught out. Surrounded by the QuickStep cavalry, Jakobsen managed to rejoin the main field with 48km remaining despite trailing by 30 seconds.

UAE eventually gave up the pace setting, handing over the baton to Alpecin-Fenix, Groupama-FDJ, Decuninck-QuickStep and Team DSM all sharing out pacing duties to snuff out the chances of the breakaway.

The last man to join the move was the first to pop, Vanhoucke blowing up on a series of spiky hills on the approach to the finish. Dutchman Bol went for bust with 11km to go but it was Dewulf who was the last man standing – the Belgian holding out until 5km remaining.

QuickStep held back until the final 2km when they brought up the man in green ahead of a technical finish that saw the road narrow through a series of tight turns and chicanes.

It was hardly conducive to leadout train tactics – which was just as well, for Jakobsen lost the wheel of his pilot Van Lerberghe in the final kilometer. That didn’t matter, though, as holding onto the wheel of Meeus, Jakobsen surged at just the right moment to complete his hat-trick at the last possible moment for the peloton’s fast men.