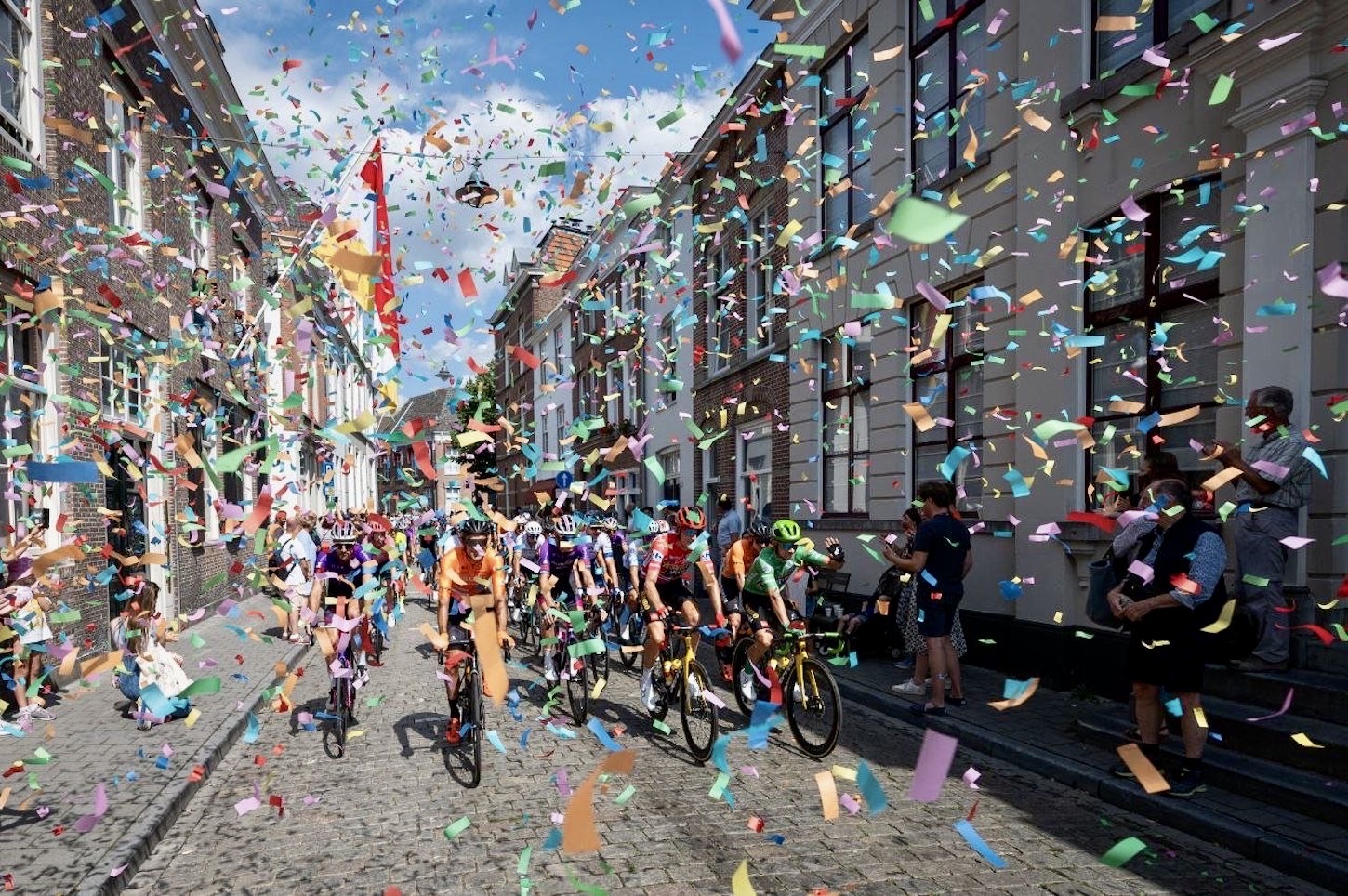 Meanwhile, Alpecin–Deceuninck ensured the peloton drifted very little for most of today’s racing through the Dutch countryside.

In the meantime, the escapees were eventually caught with 59 kilometers go, with Luis Angel Mate (Euskaltel-Euskadi) attacking off the front some 14 kilometers later.

From there, it was a day of little drama until the climax in Utrecht, where the peloton forced a relentless, grueling pace.

Merlier appeared to be in the perfect position to launch a decisive sprint to the finish, but Bennett managed to seal the victory with some brilliant timing and placement.

Sunday’s racing sees the riders negotiate another stage for the sprinters with a 193.2 kilometer route around Breda before the Spanish Grand Tour says goodbye to the Netherlands.