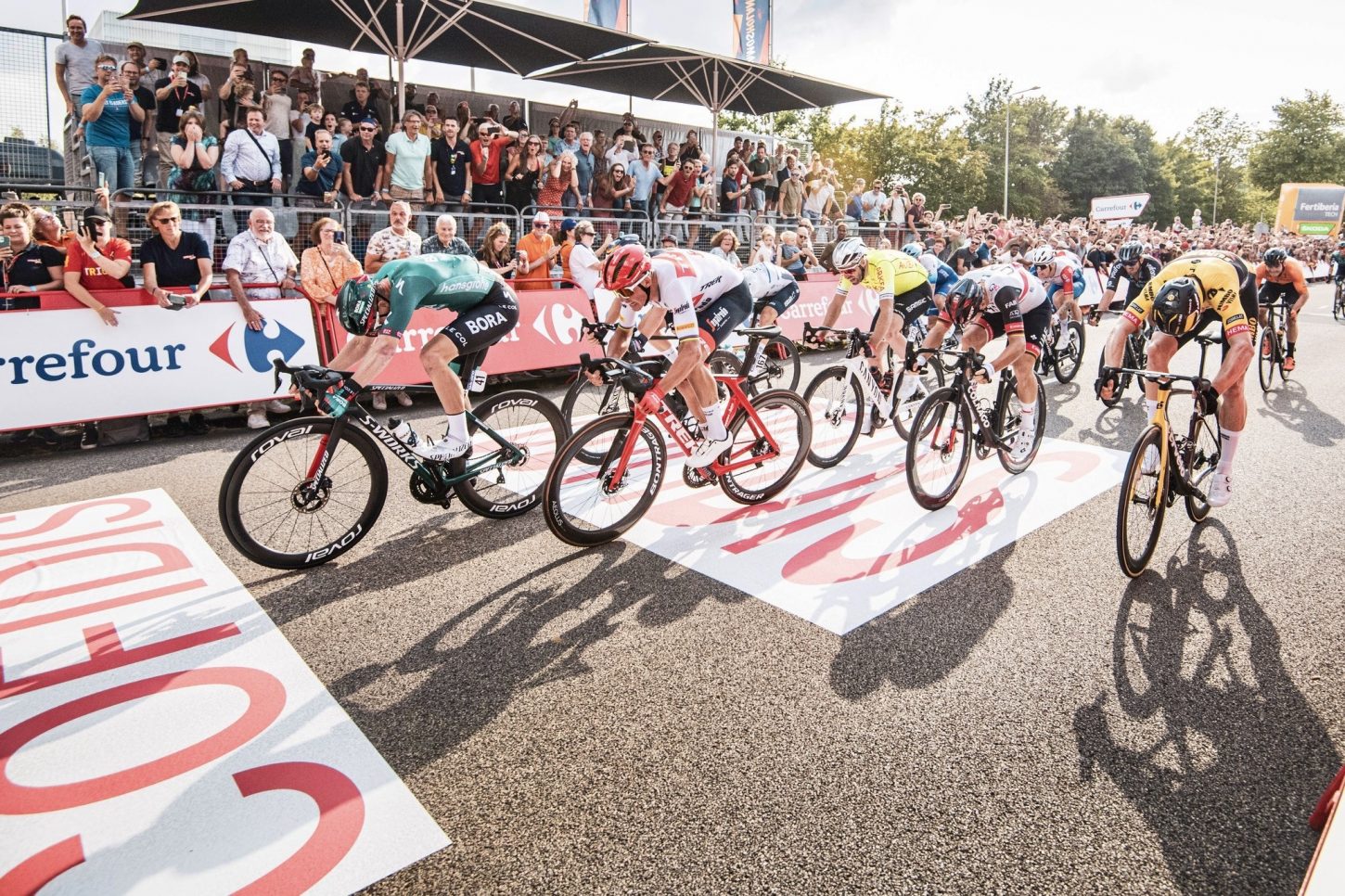 Sam Bennett (Bora-Hansgrohe) made it two-in-a-row after claiming his second consecutive victory in the Vuelta a España today, getting the better of Mads Pedersen (Trek-Segafredo) and Dan McLay (Arkea-Samsic) in sprint finish in Breda.

In the meantime, Bryan Coquard (Cofidis) finished in fourth, while Pascal Ackermann (UAE Team Emirates) and Tim Merlier (Alpecin-Deceuninck) both faded during the finale.

From there, the escapees settled into an easy rhythm that went on to establish a slight advantage of just over a minute.

However, an Alpecin-Fenix – Jumbo-Visma led chase effort eventually reined in the breakaway group with 16 kilometers to go, setting up the stage for an inevitable sprint finish.

Ackermann was the first rider to open up his sprint, but he failed to distance the bunch, while Merlier also found himself out of contention after seemingly unclipping.

Bennett then took up the reins, overtaking McLay in the final 50 meters, while also holding off Pedersen to seize the stage honors.