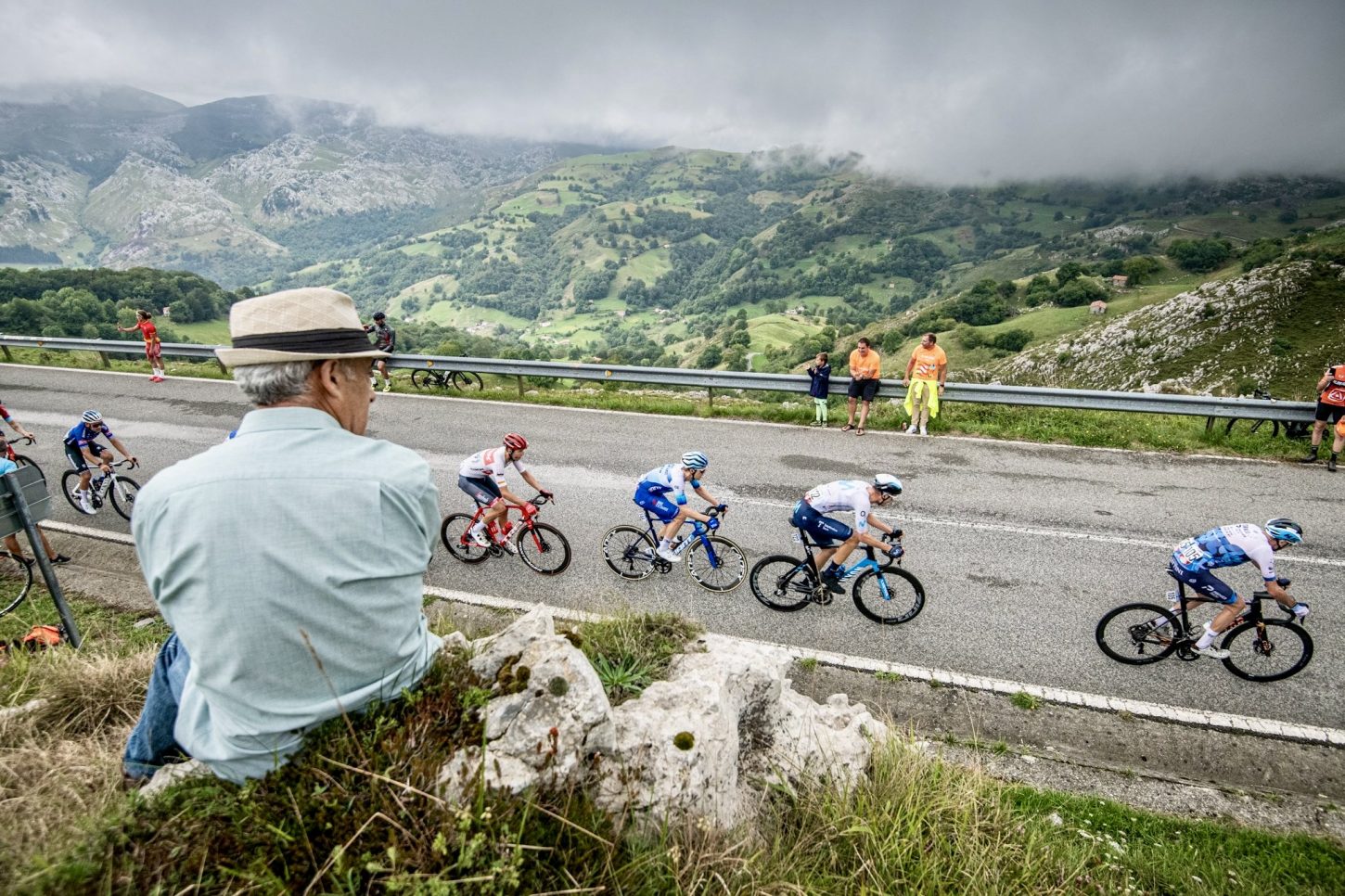 Jay Vine took a surprising victory in stage 6 of the Vuelta a España today, after the Alpecin-Deceuninck rider attacked from out of the peloton along the early slopes of the final climb, a bold move that managed to endure despite a serious chase effort by the GC.

Meanwhile, Remco Evenepoel (QuickStep-AlphaVinyl) finished 15 seconds back, after having spent most of the climb trying to chase down Vine, with Enric Mas (Movistar) finishing just one-second behind the Belgian rider.

After being teed up by teammate Julian Alaphilippe, Evenepoel hit the front of the main group with 8 kilometers to go, quickly forming a four-strong select group with Primož Roglič (Jumbo-Visma), Mas and Pavel Sivakov (Ineos Grenadiers).

A kilometer later and four had become two, with Evenepoel taking Mas as a passenger on his wheel as they set-off in pursuit of Vine, the lone leader after the Australian rider had fiercely caught early escapee Mark Padun (EF Education–EasyPost).

Vine, a newcomer to the sport after making a name for himself via indoor racing, held off Evenepoel and Mas to deliver a memorable win and round off a stage for the ages.

In the meantime, Roglič later crossed the finish in fifth, leading a group home that finished 1:37 behind Vine.

Nine riders managed to escape the peloton during a severe change of weather, with Groupama – FDJ working hard to limit their advantage in protection of its leader Rudy Molard. But, the French rider struggled on the penultimate climb of the day, consequently losing the over-all race lead.

From the breakaway, Padun went clear along the same climb, leading the race down a wet and technical descent.

From there, the final climb would see a flurry attacks amongst the GC, subsequently catching Padun with 6.5 kilometers to go.

Shortly thereafter, Vine commenced his winning move, as Simon Yates and Evenepoel detonated the race in pursuit of the Australian Neo-pro.

As a result, several riders like Mikel Landa, Richard Carapaz and Roglič began to struggle, as Evenepoel and Mas continued to push the pace along the first half of the ascent.

But, there was no catching Vine, who succeeded in staying ahead of the chase to seize a solo victory atop the Pico Jano.

Evenepoel now leads the Vuelta with a 28-second advantage over Molard, followed by Man, who sits another 7-seconds back.