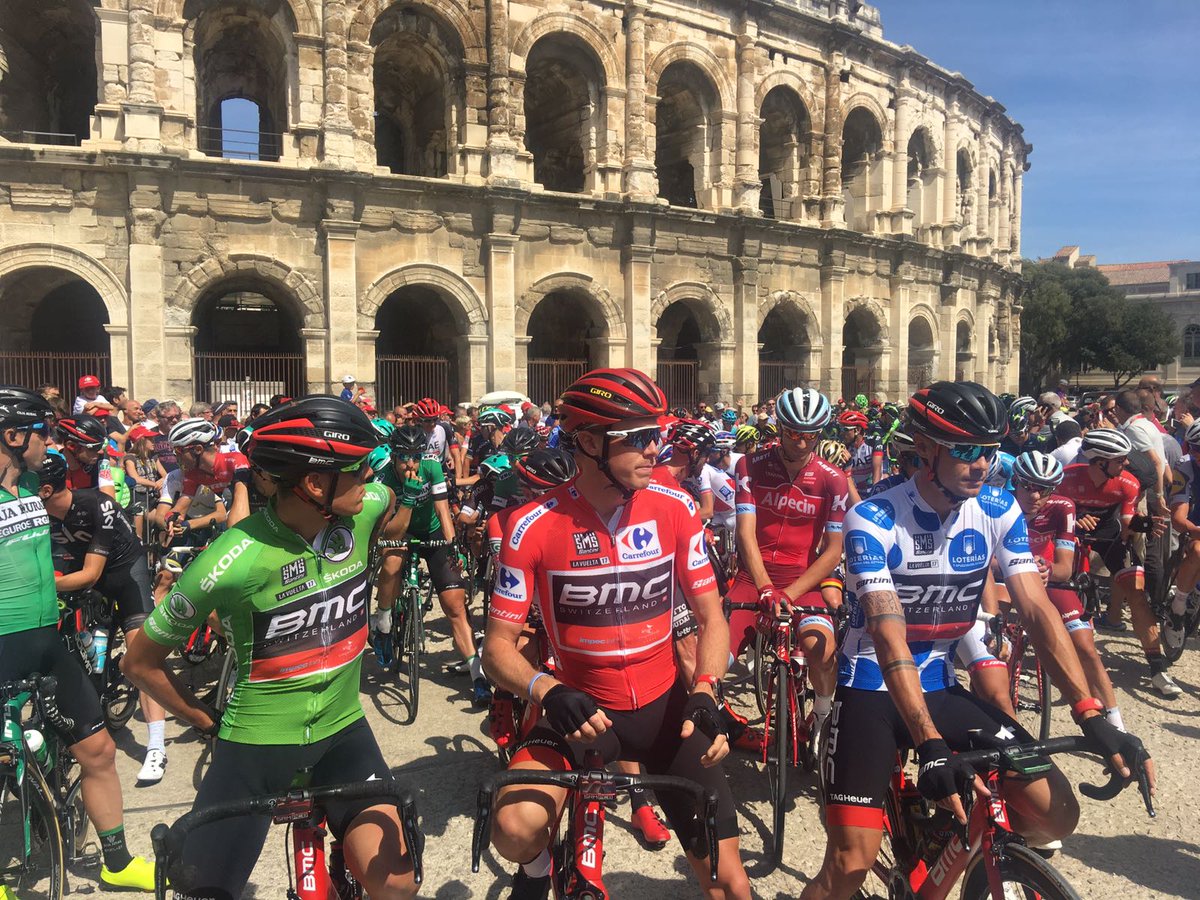 Yves Lampaert (Quick-Step Floors) claimed stage 2 of the Vuelta a Espana today, after he attacked from out of a small group of leaders to easily hold-off any late challengers.

Today’s victory not only netted the Belgian rider the stage winner, but also moved him up into the overall race lead.

“At the moment I do not realise it. I don’t know what’s happening – it’s really crazy for me,” Lampaert said after the finish.

“During the race we planned that if we could make an echelon, we would try in the last 10km. We went full from last three kilometres, then we were away with Alaphilippe and a few guys in the break. After that, just before the roundabout, they shouted at me, ‘go go go!’ I knew i could ride one kilometer very fast and it worked out.”

It wasn’t until the final 75 kilometers that today’s stage finally became animated, when a group of about 20 riders eventually rode clear.

However, the breakaway group’s time out front was quickly brought to a close, as they were reined in by the peloton just 6 kilometers later.

Not long after, a train crossing brought the peloton to a monetary halt without incident.

With two kilometers remaining, a group of seven riders succeeded in riding clear, while the peloton proceeded to further fall apart from behind.

Lampaert made his winning move during the final kilometer, which proved insurmountable for the chase – wresting the red leader’s jersey from yesterday’s opening stage winner Rohan Dennis (BMC Racing)