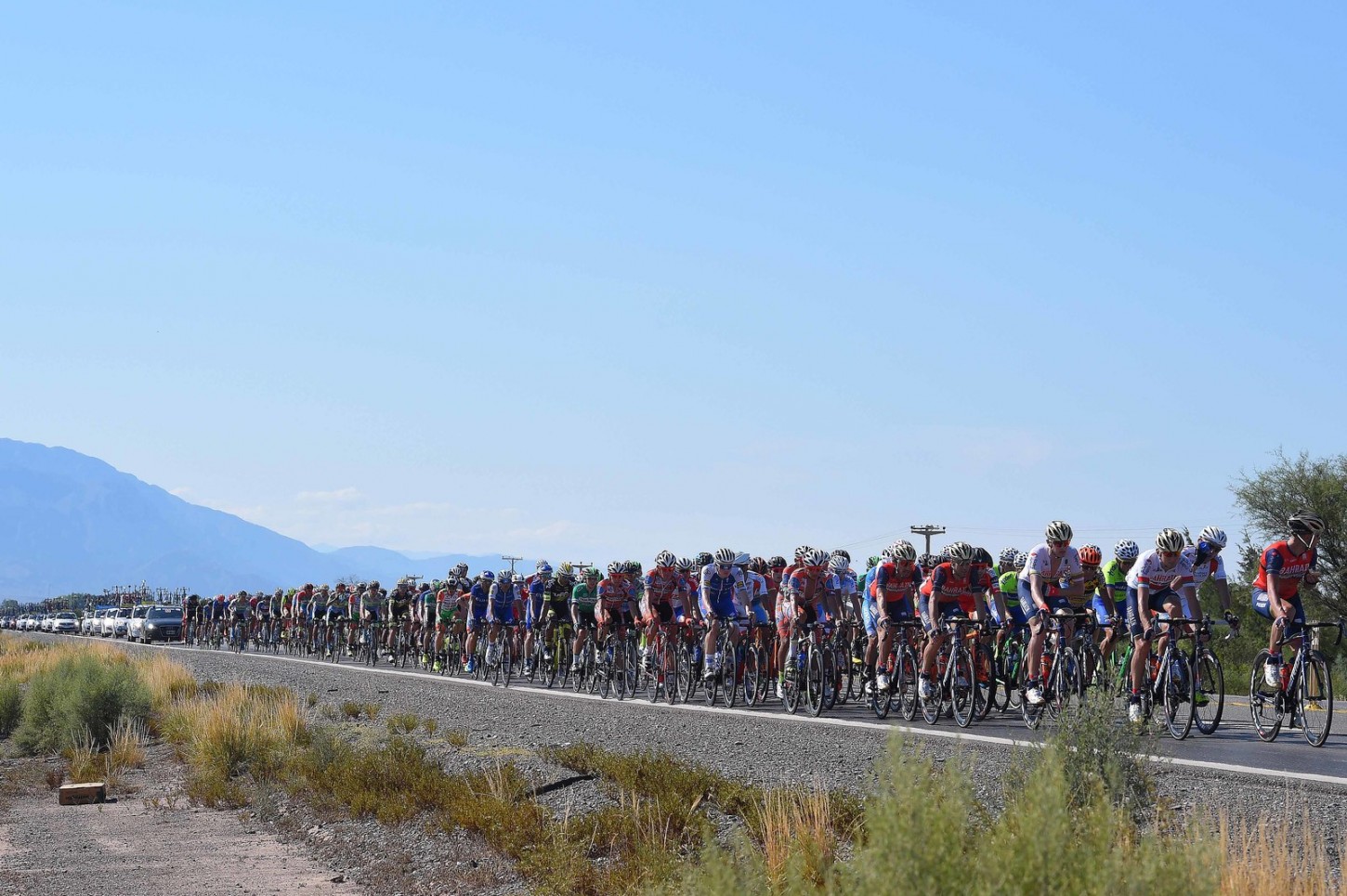 A perfect lead-out by Tom Boonen and a rock solid sprint of the Colombian delivered the team’s second victory of the year.

Gaviria found himself well protected by his teammates throughout the 142.5 kilometer-long stage which concluded in San Juan, and as soon as  Boonen stepped aside following his monster lead-out, the Colombian was assured a perfect path to sprint for the line, denying Elia Viviani (Italian National Team) and Nicolas Marini (Nippo-Vini Fantini) to come around him, despite having the duo in his slipstream for more than 50 meters.

Monday’s sprint, a reduced one after dozens of riders took a wrong turn with 1500 meters to go, saw Gaviria kick off his season with a victory in Argentina for the third consecutive year: “It was a good day for us. The pace during the stage was ok and we were prepared for the final sprint. The guys were amazing in the finale, one which became a little bit chaotic, and I really want to thank everybody. Max and then Tom led me perfectly into the final straight. Once Tom swung to the left, I opened my sprint and gave everything. It’s a luxury to have such riders in the team.”

Not only did Gaviria seize the stage victory, but the young Quick-Step rider also became the first leader of this year’s race, while his team also took top honors in the teams standings as well.

“It was great to win here and take the leader’s jersey in my first race of the season. It’s no secret that I like racing in Argentina and it’s always a pleasure to win here and get a boost of confidence for the upcoming races. I worked really hard in the past weeks and it’s nice to see it pay off. We will see what we can do tomorrow. Many strong riders and teams that want to win are here, but if the opportunity arises, then we will try to grab a second victory.”

Gaviria benefited from a superb lead-out by Belgian team-mates Pieter Serry and Boonen, with Serry pulling a group of seven riders off the front of the peloton within the final 500 meters, before Boonen dropped Gaviria off in perfect position with 150 meters from the finish.

Viviani, riding for the Italian national team rather than Team Sky, was unable to come around the Colombian, with Marini (Nippo-Vini Fantini) finishing third.

However, Gaviria’s win was overshadowed by chaos in the pack behind, as half of the peloton took a wrong turn within the final kilometer, forcing many to run across grass and clamber over race barriers to finish the stage.

The race jury later ruled that all riders would be given the same time as Gaviria.

This is the highest profile race in South America, so it was no surprise to see the main break of the way filled with local riders.

While the break was caught well before the end of the stage, it was at least a profitable day for López, who took both of the stage’s intermediate sprints and both of the KOM points.