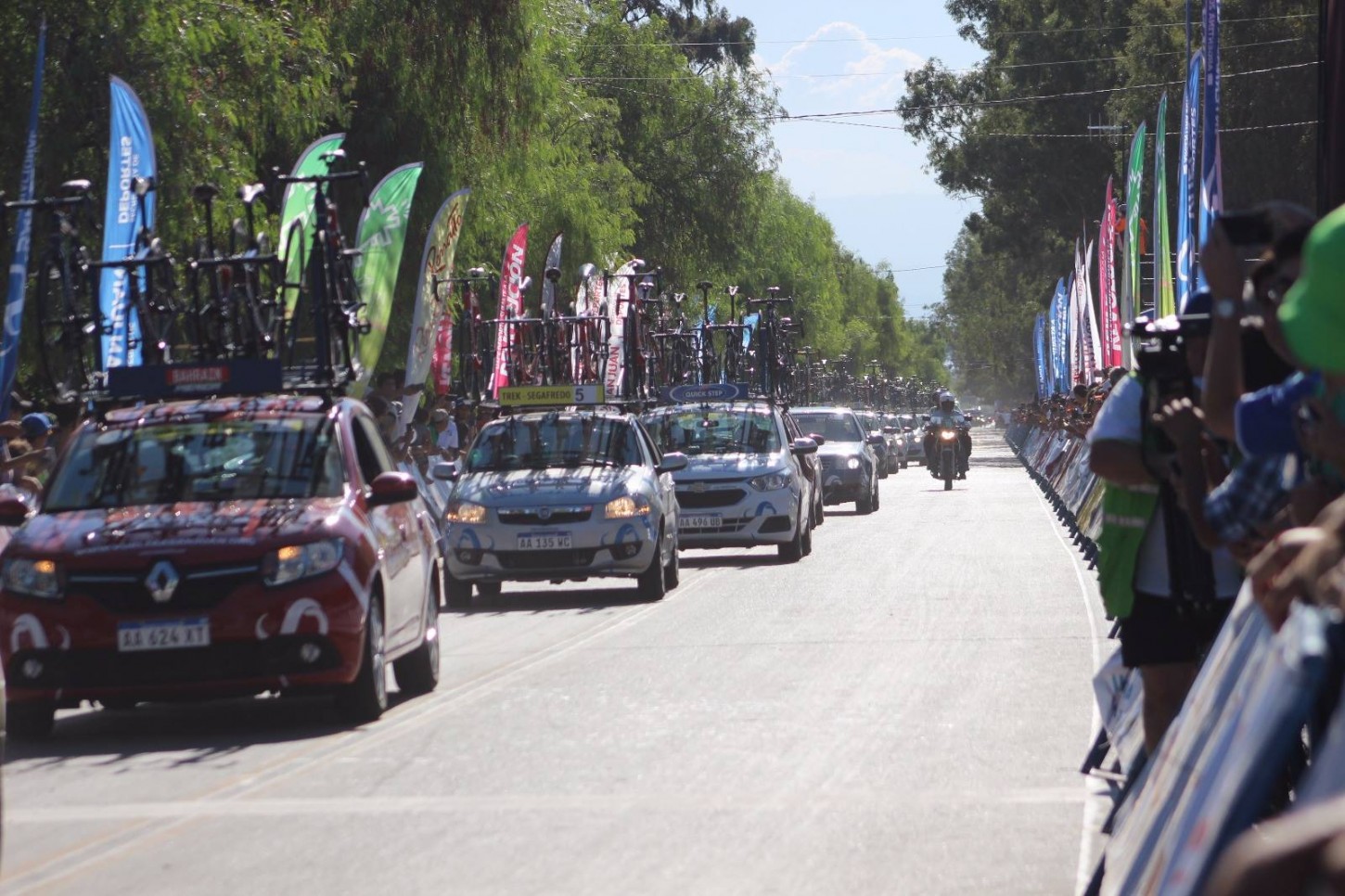 The Colombian Rider Doubles his Tally at Vuelta a San Juan

Having dominated the previous two bunch sprints in the Vuelta a San Juan, Quick-Step was the big favorite in win the flat 160-kilometer stage 4 which started and finished in the town of San Martin.

Inside the final 25 kilometers, the peloton continued to reduce the breakaway’s advantage, bringing the gap down to around one minute with 10 kilometers left.

The finale was a chaotic one, but Quick-Step lead-out train lived up to the expectations once more by taking to the front and paving the way for Fernando Gaviria, who succeeded in out-sprinteding Elia Viviani (Italian National Team) and Nicola Ruffini (Bardiani-CSF), thus taking his second victory of the year.

“It was another nice day for us, and the team did a perfect job again. They controlled every single aspect of the race and I was glad to finish off their work and score another victory in San Juan”, said Gaviria, who was asked by the media for the reason behind his celebration gesture. “While in Denia, I lost my bracelet, which was a gift from my girlfriend. To remind me of it and of Valentina, who’s always supporting me, I kiss my wrist every time I win a race.”

Tomorrow’s stage 5 represents the most difficult of this year’s Vuelta a San Juan, with its four categorized climbs, including the summit finish of the Alto de Colorado.

Even though it isn’t a stage to suit him, Fernando hasn’t any plans to rest tomorrow: “Every single thing we are doing here is important for the races that will come later in the season. Of course, I don’t stand a chance tomorrow against the climbers, but I won’t take an off day; instead, I’ll try to help my teammates and use this stage as preparation for the future.”

Tivani took the first intermediate sprint, while Montes suffered a mechanical problem – subsequently causing him to lose contact with the group.

Heading into the first passage of the finish line, the breakaway group was still holding onto a substantial lead of a 5:30 over the peloton.

However, with 30 kilometers remaining, the peloton had succeeded in reducing the gap to 3 minutes.

From there, the breakaway group began to fragment, with the peloton ultimately reeling them in during the final 5 kilometers, with Quick-Step again coming to the fore with a massive leadout effort that delivered their man Gaviria to victory once more.