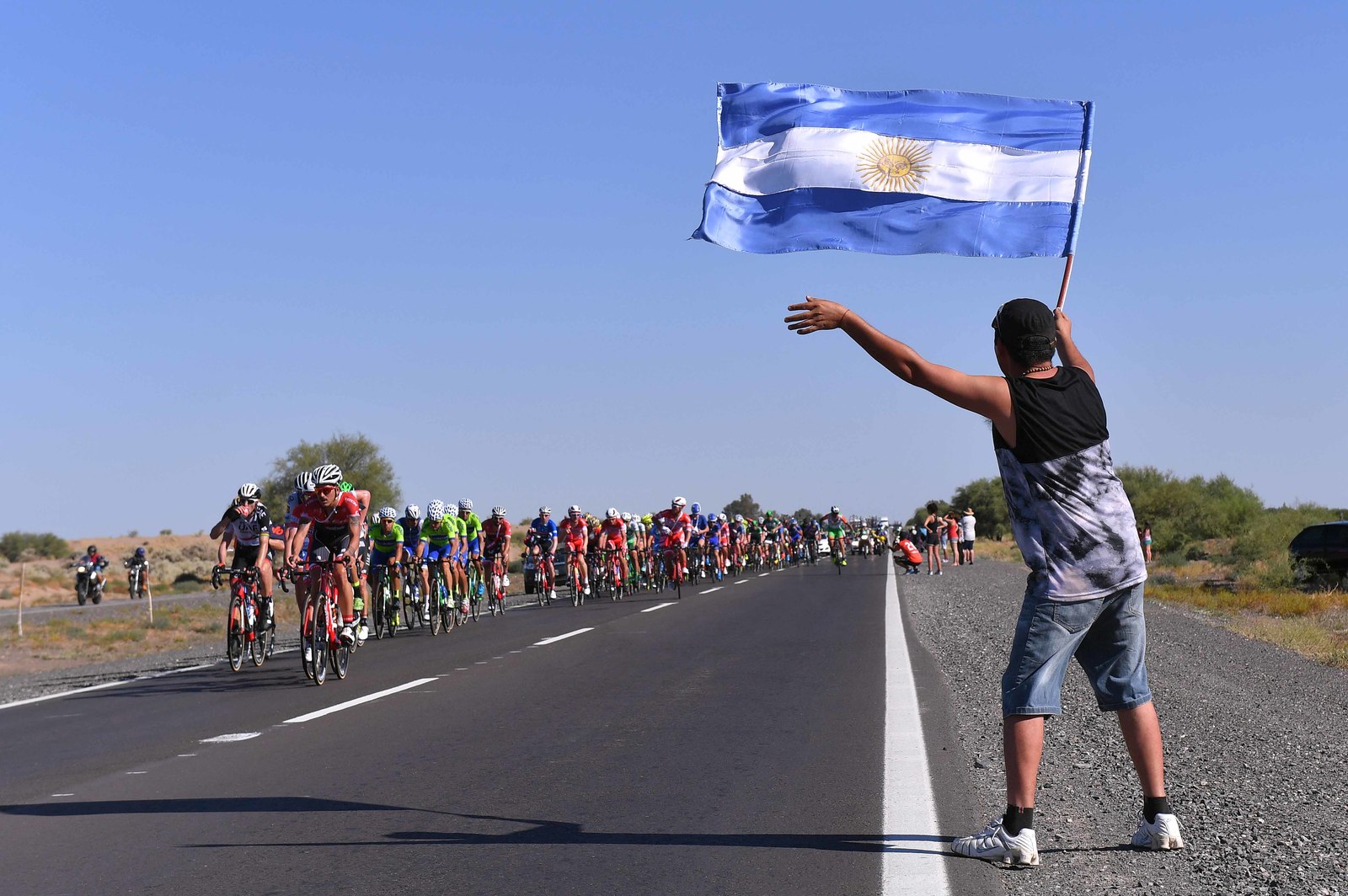 Max Richeze managed to escapee from a larger breakaway group alongside Oliveiro Troia (Abu Dhabi) and Nicolas Tivani (Unieuro Trevigiani) at the halfway-point in yesterday’s stage.

From there, the trio succeeded in holding off the peloton to contest the stage victory amongst themselves, with Richeze ultimately beating Troia, while Tivani finished in third.

“This morning, at the team briefing, we decided to go for a bunch sprint, but Brama told me that if more than eight riders make it into the break, then I am to join them and give the team an easy day after what has been a hard week. It was a tough and terrible stage because of the heat, and I arrived at the finish in Pocito completely drained, but with a big smile on my face”, said Richeze.

“Winning here gives me huge joy, one year after wearing the leader’s jersey at the Tour de San Luis. I love the trust of the team and I want to thank them for believing in me. My job was to work for Fernando and Tom, and to get such an opportunity really meant a lot for me. It’s a great day not only because it was the Difunta Correa stage – which is very important for the Argentinean people – but also because my brothers are here in the race, while my mother and father came at the finish, and to share this victory with them is something very special”, added Richeze.

From there, Molina won the first intermediate sprint, while Tivani took the second sprint on the way back to Pocito.

In between the sprints, the escapees tackled a double ascent of the Category 3 climb of the Cuesta de las Vacas, with Azzem claiming the KOM points on both occasions – though Franco López already had the classification sewn up.

Not long after, race officials decided to shorten the stage by 17 kilometers due to extreme heat.

Richeze launched his attack from there, taking Troia and Tivani along with him, while their former breakaway companions fought hard to try and  reel them back in.

Heading into the final 40 kilometers, the trio had succeeded in opening up a gap of nearly six minutes.

While the leaders continued to remain well outside of their clutches, back in the peloton Trek-Segafredo was busy working hard to try and limit the time gap in order to keep Bauke Mollema in the overall lead.

Meanwhile, the trio went on to contest the sprint with Richeze emerging victorious over his two rivals.

Mollema managed to finish safely in the main field with enough of a time gap to retain his grip on the overall race lead, while he continues to lead Oscar Sevilla (Medellin – Inder) by 14 seconds, followed by Rodolfo Torres (Andiron Giocattoli – Sidermec) in third a further 2 seconds back.