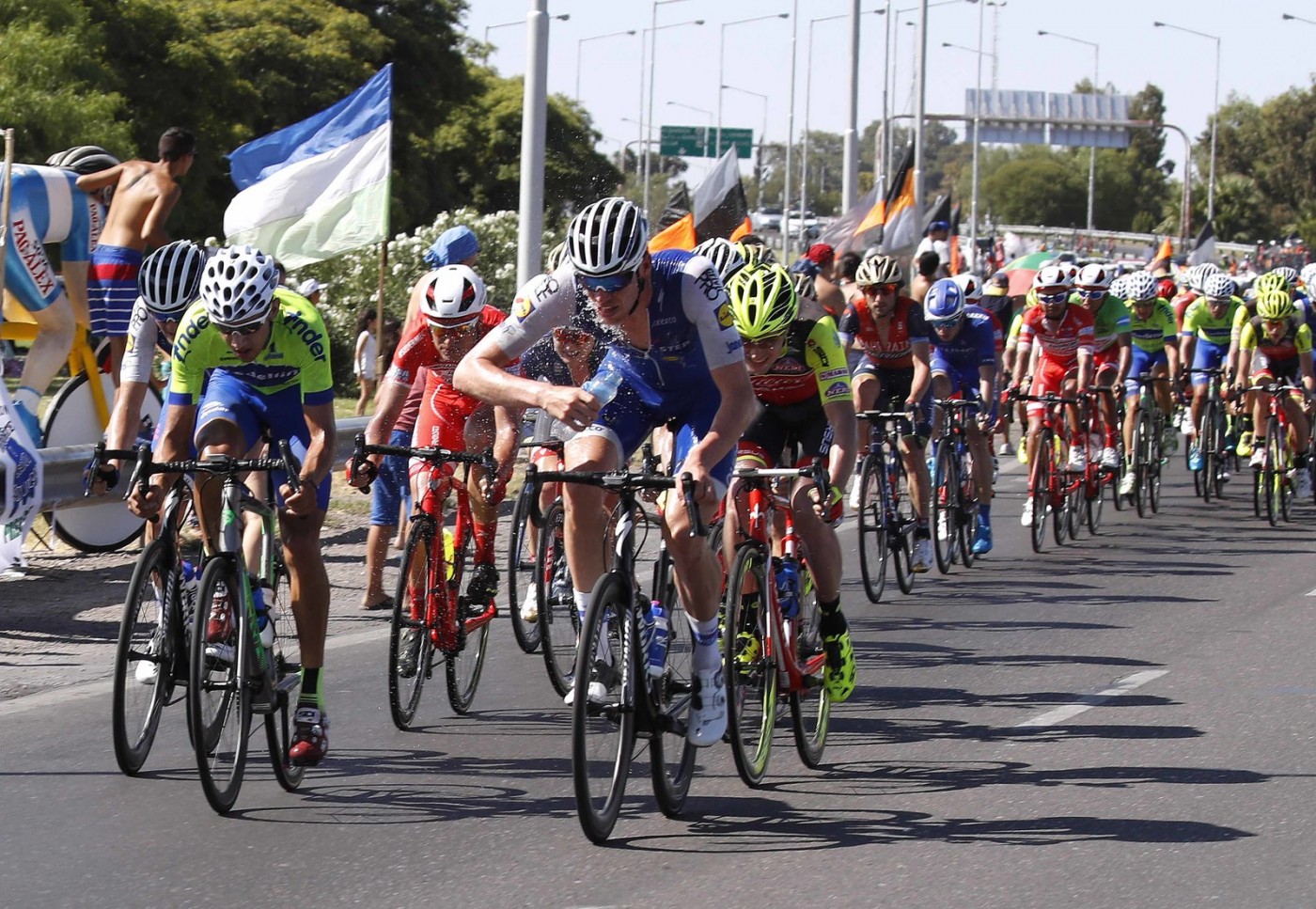 Bauke Mollema arrived safely with the peloton in the final stage to clinch the overall victory in the seven day Veulta a San Juan Sunday. For Mollema, who started his season earlier and in better form than in previous years, it was certification his winter training had paid off. For the team, there was no better way to ease into the year than by taking a January victory.

Similar to yesterday, stage seven was shortened from 138 to 111 kilometers due to high temperatures, resulting in a fast and furious pace from the start. The course was straightforward – seven laps of 15.9 kilometers on a nontechnical road – but far from easy explained Mollema.

“It was much harder than I expected actually,” said Mollema. “It was only 111 kilometers with no corners, so the whole day was a really fast circuit. We knew it was going to be warm like the last days, but it was less of an issue than yesterday with the longer stage. It was okay today, but the speed was high from the start; I think we did 49km/h average. It was a hard day.”

When Vincenzo Nibali (Bahrain Merida), sitting in 8th overall at 1 minute and 17 seconds, jumped into the day’s first move, Trek-Segafredo – only five strong – had to leap into action from the gun. The leading trio gained over 90 seconds making Nibali virtual leader on the road, but there was no panic behind.

“I did not know what Nibali was doing actually; I was a bit surprised he was going in a break,” continued Mollema. “They were only three guys, so we were never really worried. But at one moment they were going so fast that it was hard to take back anytime. All the time it was one and a half minutes, and I knew the sprinters’ teams were going to help in the finale.

“I have to really thank my teammates today. Especially after Eugenio (Alafaci) crashed hard yesterday, he pulled full gas the whole day and kept going back for bottles. Greggy (Daniel) and Matthias (Brändle) pulled a long time and took off a lot of time, and Marco (Coledan) always stayed with me until the end. They did a great job, we were only with five, but we managed to control the race. I am happy it’s over now.”

In the final two laps, the gap fell rapidly as the breakaway trio fatigued. Over the finish line to start the final loop they held 42 seconds and, on cue, the sprinters’ teams picked up the pace. When all three were inevitably absorbed, attacks ensued. It was a late move by Max Richeze (Quick Step-Floors) that succeeded. He jumped out of the peloton with just over a kilometer remaining and held off the pursuit for his second victory of the race, while Mollema crossed the line safely to cement the overall, only his second stage race victory of his career.

“It’s nice,” Mollema agreed. “I have not won so many stage races, and it’s nice for me to start the year like this. It is a good sign after the winter, and it says something about my level at this moment, and I am really happy about that. It sets a good pace for the rest of the year, there’s a lot of other races coming up, of course, and this motivates me, even more, to keep working hard in the next weeks, next months.”