“Web of Bikes” a Pictorial Essay 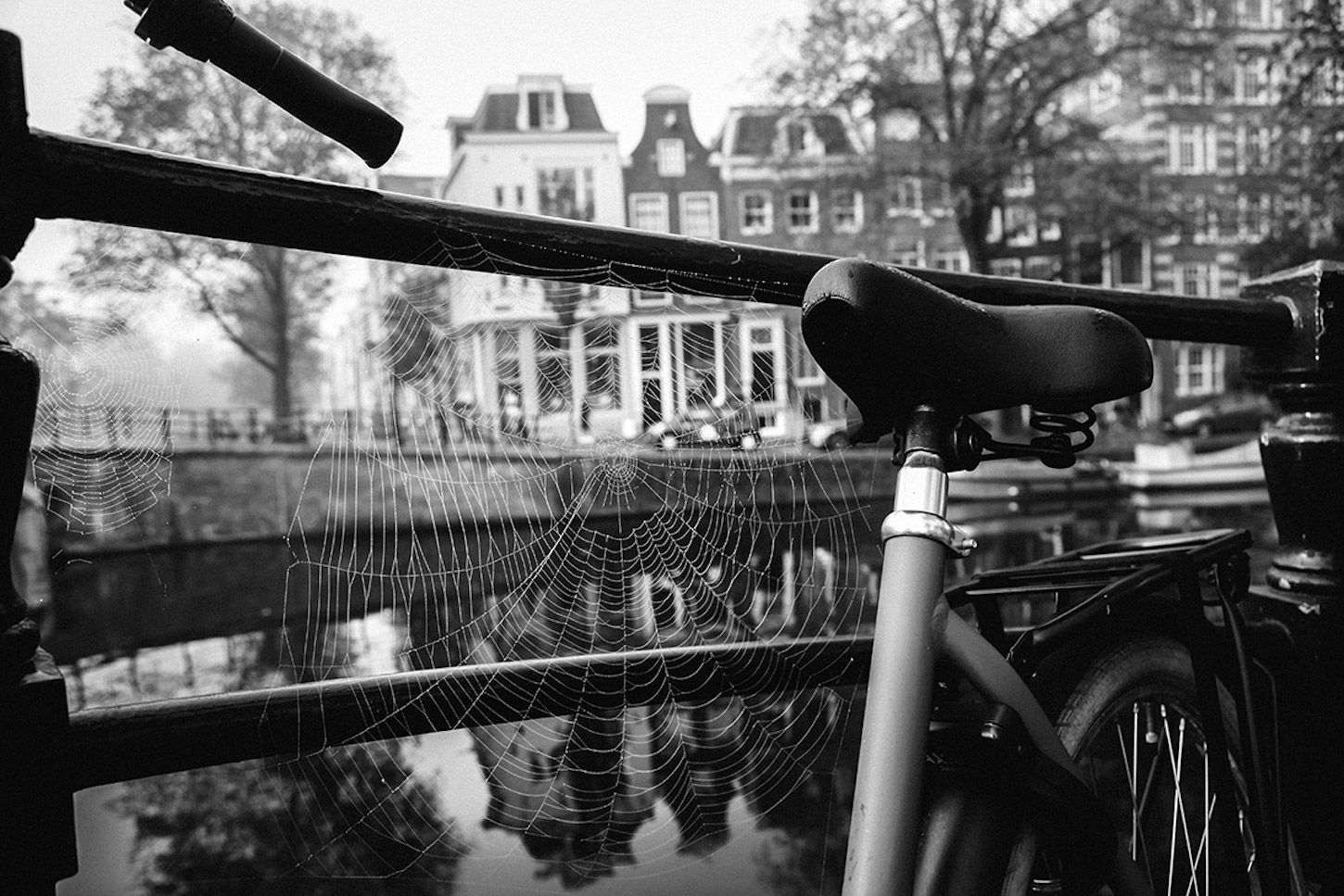 I awoke this morning with a tap on the shoulder. “There’s fog out.”  This was my cue to brew some coffee and grab my things.

I was staring out the window at opportunity, hoping to shoot another fog series. Careful not to burn my lips while sipping from my mug, I knew time was of the essence.

Like my thoughts, fog is fleeting. When the caffeine worked its way through my system, I had to ask myself what month is this? We have fog in the middle of August.

As I rode my bike into the heart of Amsterdam, the fog was beginning to disappear. Moderately dismayed, I decided to head over to Reguliersgracht, one of the most scenic spots in the city, hoping to get remnants of the morning haze before it was gone.

But I soon discovered something else that was outside of the norm.