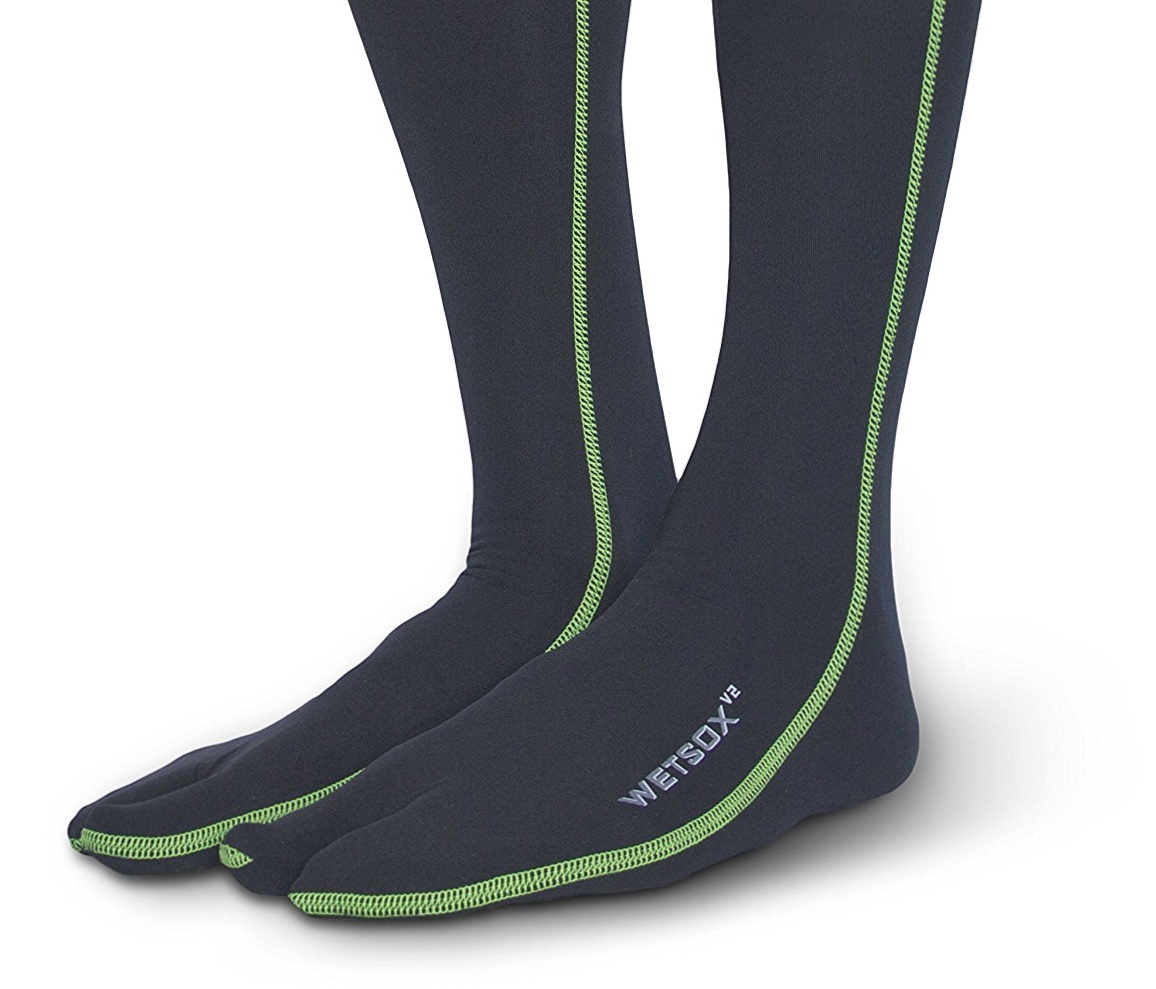 If we had a dollar for every time we heard a cyclist complain about having wet, cold feet during the winter riding season, someone from the Fortune 500 would be doing our cat sitting.

Granted there’s a myriad of cycling shoe covers on the market that run the gamut in terms of thickness and protection, which do an exemplary job of keeping one’s tootsies warm and dry. There are even winter specific cycling shoes available that feature more of a boot like fit, which provide added coverage and protection from the elements.

So, why then all of the complaining about cold feet?

Well, when things get really cold and slushy (yes, there are some of us who ride even in these conditions – think cyclocross and commuting) it’s the sock that often proves to be the weak link, with water and cold air making its way past even the thickest of shoe covers and making its way usually through the opening of the cleat and into the shoe – quickly permeating the sock.

So, who produces a cycling specific sock that can shield out the elements? To our knowledge, no one. However, we recently came across a product that caught our interest called WETSOX.

WETSOX is brand that’s well established amongst the surfing/diving crowd, and more recently has transitioned into the skiing and hunting and fishing segments as well. With this in mind, we couldn’t help but wonder how they might perform in winter cycling conditions.

Eager to find out, we contacted the company’s founder Bryan Marville, who was gracious enough to send us some socks for review, as he was equally curious to see how they would perform in this application as well.

The socks themselves comprise a neoprene sandwich construction that features a frictionless outer-layer that makes getting in and out of any cycling shoe a cinch, while flatlock stitching prevents “seam rub” against your feet, ankle and calf.  In addition, despite the fact that the socks do not have a traditional L-shape to them, they slide on easily and contour the foot as though they were a second skin, leaving the slight sensation of having a little bit of padding under the foot as well.

How did they perform?

As mentioned, this review began as a curious pursuit to see if WETSOX might prove to be the savior in that weak link between socks and the elements, with the caveat that they were not specifically developed for cycling. Nevertheless, the results of our review ended up being quite positive.

As hoped, WETSOX provided that extra barrier of protection when riding conditions got really wet, keeping the feet insulated from outside water and cold air, while the neoprene construction acted as a membrane to lock in body heat and moisture – keeping the feet very warm.

Interestingly, our initial concern was the likelihood that trapped perspiration would eventually lead to cold, clammy feet during our ride, but as long as things remained active and body temperature as up, our feet remained warm and comfy. In fact, it was only after the ride when the socks were removed, that the presence of body moisture was apparent. After all, this is in keeping with the long-standing science of wetsuit technology, wherein body heat and moisture stored against the body are what keep divers and surfers warm.

So, we would recommend WETSOX to the die-hard winter cyclist who’s looking to keep his or her feet warm and dry under the harshest of riding conditions? A resounding yes, with the understanding that the socks, like most cycling gear, are subjective to personal preference and expectations.

Here’s what our reviewer Adam Atherton had to say about WETSOX during multiple outdoor activities:

Tis the season when all is dark and all is white here in the Northeast. Maine specifically has been hit with two minor snow dumps and has seen temperatures hover in the high 20’s to low 30’s. For those who are “gym challenged” like myself this means that continuing to keep a modicum of fitness takes a little more planning, thought, and mental toughness.  Through my affiliation with Capovelo, the fine people at WETSOX sent me a pair of their camo technical high performance socks to put through the paces and I have.  To be honest,  I was a little skeptical at first when I opened the package of neoprene knee high camo socks.  I thought to myself, “hmm…these…look…interesting?” But when I donned  them for the time I instantly noticed how comfortable they were in the toe box area and how the nice the compression felt on my lower legs without being too constricting.  I have used WESTSOX for many of my outdoor adventures which include: trail running on Mount Agamenticus during the second snow storm, weekend mountain bikes rides, commuting to work on my road bike, and some occasional cyclocross races. As we all know and have experienced at one time or another cold feet lead to a miserable times no matter what form of exercise one is engaged in.

In any case, WETSOX’s technology is impressive. After running in ankle deep snow for an hour my feet were warm and dry with only the slightest sensation of perspiration. Moreover, the closed cell technology also acts as a second skin so blisters or irritations were not an issue.

In cycling to work (15 miles one-way) without shoe covers I was concerned that when I got there I would be waddling around like a penguin for most of the morning because my feet would be frozen blocks of ice but again to my surprise they heated right up as I got into my commute.  I appreciate the versatility of WETSOX as a product because their target audience is anyone who enjoys the outdoors be it running, biking, skiing, hunting, surfing, snowshoeing, snowboarding to name a few. I would highly recommend that if you want warm feet this winter. Slide them into a pair of WETSOX, you won’t be disappointed!

The WETSOX we reviewed retail for $36.99, and they’re available in either a round or split toe version.

You can learn more about the full range of WETSOX by visiting their website here.