What is Audax Cycling? 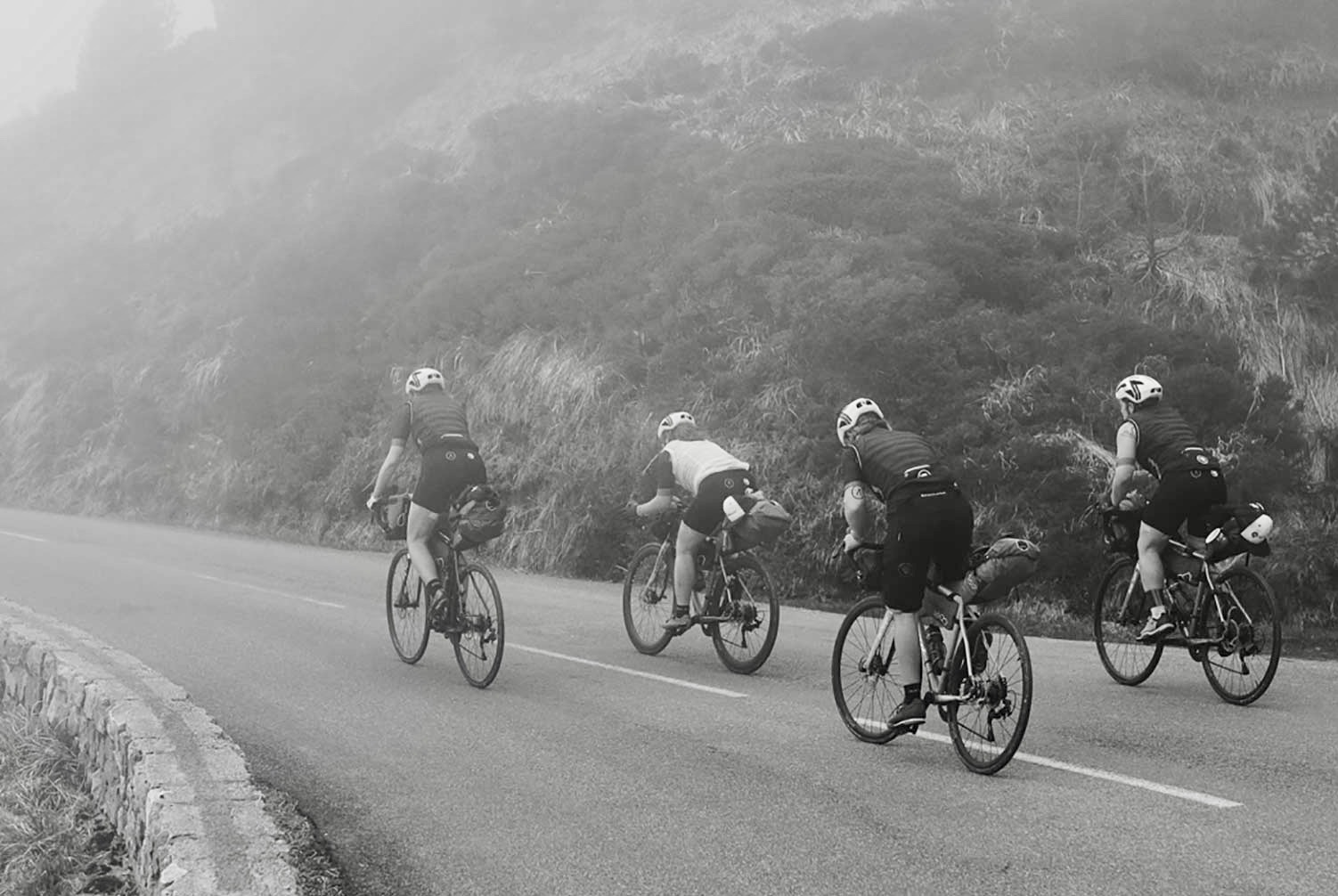 Audax began over a hundred years ago. Back then there were a lot of local bicycling activities in and around towns, or racing on the velodrome, but lengthy rides over hill and dale were not at all common. Given the primitive conditions of most roads, and the fragile nature of bicycle tires of that era, this shouldn’t come as a big surprise. In Italy, however, a group of hardy club cyclists set out to prove that ordinary riders, not just the specialist racers, could successfully ride long distances. On June 12th of 1897, they set out on a one-day, 230-kilometer trek from Rome to Naples–quite a formidable challenge even today. They rode as a group, with a captain who ensured the pace was sufficiently high to get the job done, but without dropping anyone. Their ride ended successfully and was a unique accomplishment for the time. It garnered much attention in the press and one popular journalist called it a bold display of the potential of the bicycle and human determination. Before long the Latin root-word “audax” from “to dare” began to circulate among cycling enthusiasts to describe these audacious, or daring, long-distance runs.

In 1904 Henri Desgranges, fresh off organizing the first Tour de France the previous year, and the second Paris-Brest-Paris race in 1901, began the Audax Club Parisien to promote this challenging type of cycling for enthusiasts. The standard was to ride 200 kilometers between dawn and dusk, always as a group. Audax riding became quite popular in France in the years leading up to World War I, so much that the ACP was soon overseeing other regional cycling clubs’ audax activities. Trophies were awarded, not for speed or racing, but for the clubs with the most participants who successfully met the challenge. In time 300 and 400-kilometer brevets were added to the slate of events.

After the war, though, trouble came to the ACP. A sizeable faction wanted to be set free and ride their own pace(s). Eventually, in 1921, there was a painful split and the audax riders went off and formed their own club. Since then the ACP has been an “allure libre” club, which means its members can ride at their own speeds. This is still the formula of the ACP’s “Paris-Brest-Paris Randonneurs” run every four years. There is also the “Paris-Brest-Paris Audax” run every five years by the Union des Audax Française. In that event all the riders stick together, just as in the old days. Brevets sanctioned by Randonneurs USA (RUSA) are of the “allure libre” type since the organization is affiliated with the ACP.

To complete an audax, riders follow a route that has a series of predetermined controls spaced along its length, and to prove they’ve been past these each rider carries a brevet card, a pocket sized certificate, to be stamped at each of them. A control’s whereabouts is identified by correlating the organisers’ instructions with features of roadside ephemera (today ours include the weight limit on a bridge and the colour of a front door on a certain house). Some events might require a receipt from a nearby shop purchase as proof of passage, in place of a stamped brevet card. At the finish the brevet card will be checked, certified and your time recorded.

If timing or temperament prevent you from joining an organized event, there’s the option of the permanent or “perm”, which is an audax distance ride that can be ridden any time. “Entry” is made by paying a small fee to the organizer for the route details. Validation is again by brevet card, although as there’s no one official around to check it, authentication is made by the sharing of your ride data or collection of shop receipts along the way as evidence.