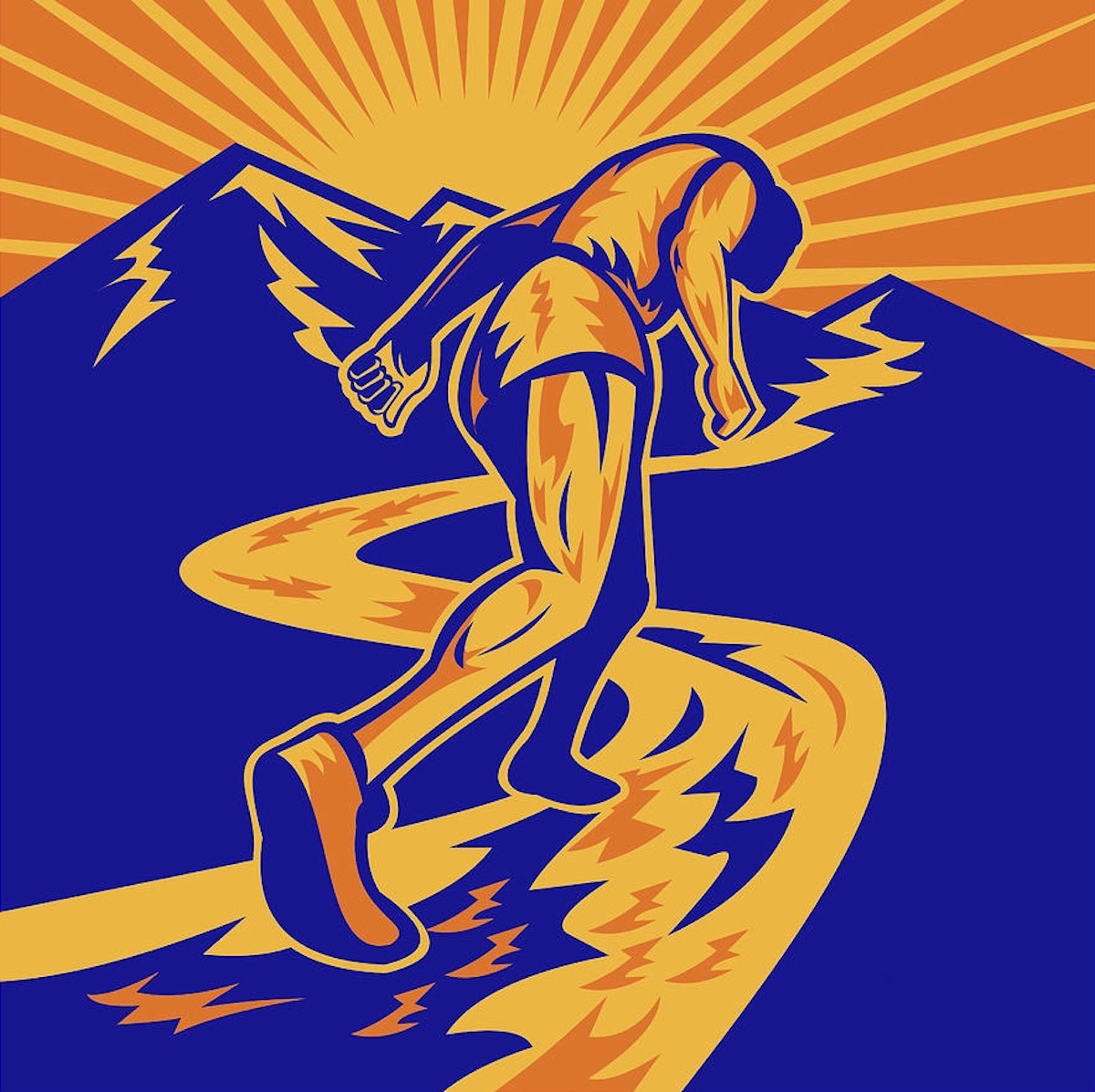 It’s fair to say, that a vast number of cyclists are runners too, especially those who participate in triathlon and cyclocross events.

In fact, there’s a large percentage of them who regularly compete in marathons as well, tailoring their cycling regiment to coincident with the strict training requirements necessary to complete such a challenging 26.2-mile foot race. But, what’s it like to prepared for a 100-mile ultra-marathon, and what effects does such a seemingly surmountable feat have on the body?

The marathon race has long been considered the ultimate test of human endurance. But the last few decades have seen growing numbers of runners regularly tackling distances exceeding the traditional marathon. So-called “ultra-marathon runners” contest races from 35 miles (56km) to 100 miles (160km) – and occasionally further – in a single stage.

I began my ultra-marathon journey about ten years ago, but only recently made a second attempt at the elusive 100 miles, after the first was scuppered by my running buddy who, at 83 miles, exclaimed he could no longer see.

This time I chose to venture 100 miles along the North Downs Way. This is a public trail stretching from Farnham in the Surrey hills to Ashford in Kent, with a moderate cumulative climb of 10,000 feet. Traversing the course in its entirety would eventually take me 26 hours and around 215,000 steps.

Before I could attempt the challenge, there was the small task of preparing – physically and mentally – for its diverse and numerous demands. From a marathon running base, I prepared for about six months – training eight times a week. This comprised five to six runs of varying distance on varying terrain, accumulating upwards of 50-60 miles per week. I also incorporated strength sessions to develop my general robustness, and to prepare for the undulating trail.

High mileage training can drain the body of vital nutrients, and so my nutrition had to be comprehensive and targeted. I prioritised my daily protein requirements (140g per day), and ate a lot of fruit and vegetables. Carbohydrates in the diet can be manipulated to promote endurance adaptation – like my ability to burn fat as an energy source – so I moderated my intake and aligned it to my daily needs. As the weeks and months passed, my physiology changed, and I became stronger, fitter, and leaner.

According to my heart rate monitor, reaching the finish line cost me 11,000 calories. From the very beginning of the race, my muscles exhibited an unrelenting hunger for energy, and satisfying the demand meant eating 200-400 calories per hour – which became increasingly difficult as the race progressed.

With my body’s blood supply channelled to the exercising muscles – and away from the gut – my digestive system began to shutdown at around the 60 mile mark. When this happens, the food you eat empties more slowly from the stomach. It sits and stews in the gut causing symptoms of gastrointestinal (GI) distress – including stomach cramps, nausea, and sickness. These symptoms increase with race distance, and are an often cited reason for non-completion of a race.

My symptoms were intensified by plummeting blood sugar levels, caused by an inability to eat or drink – a vicious circle. I arrived at the 60 mile feed station and vehemently force fed myself before moving on. But in 30ºC heat, around 35% of the competitors would eventually succumb to GI distress or dehydration. Will can only take you so far.

I was also at risk of significantly damaging my muscles and joints. When running an undulating trail, it’s actually the downhill sections that cause the most damage, because the muscles are lengthening under load. As you fight to slow your descent against the force of gravity, your muscle fibres literally tear at the microscopic level, causing markers of cellular damage to accumulate in the blood. This peripheral fatigue causes a paradox – you begin looking forward to the uphill sections.

But there’s more to muscle damage than superficial discomfort. It also causes a generalised inflammatory response in the body, triggering a transient suppression of the body’s immune system. This, in turn, is thought to increase the incidence of upper respiratory tract infection. It’s not uncommon to develop a runny nose, cough, and sore throat in the days or weeks following a race, as did I within one week of the hundred.

There’s also the risk of trips and falls, magnified by growing fatigue and sleep deprivation. My friend Caroline ran with me for 75 miles, endured the worst of the physiological strain, only to take a tumble in the dark and crack her leg on a rock jutting from the ground, forcing her to retire.

There’s emerging research to suggest that long-term participation in ultra-marathons can increase the risk of cardiovascular complications. My research colleague Scott Chiesa, of the UCL Institute of Cardiovascular Science, explains:

The severity of ultra-endurance exercise might result in long-term adaptations that are more commonly linked to disease. These include structural and functional changes in the heart and blood vessels, electrical changes in the cardiac nerves, and possible damage to the heart tissue.

I finished the race with a “sprint” along the final 100 meters. Within 30 minutes my legs had completely seized, and I was quickly reduced to the painful protracted shuffle that would be my norm for the next three to four days. It took close to a month before I felt “normal” again.

Research has shown that most participants approach ultra-marathons as a means of personal accomplishment – despite its popularity as a competitive sport. For me, the physical and mental hardship were worth the trouble, and I feel proud and content with what I achieved. Of course, participation is not without its risks – but the greater the adversity the greater the reward.