Who Will Capture the World Championship Rainbow Jersey at Imola? 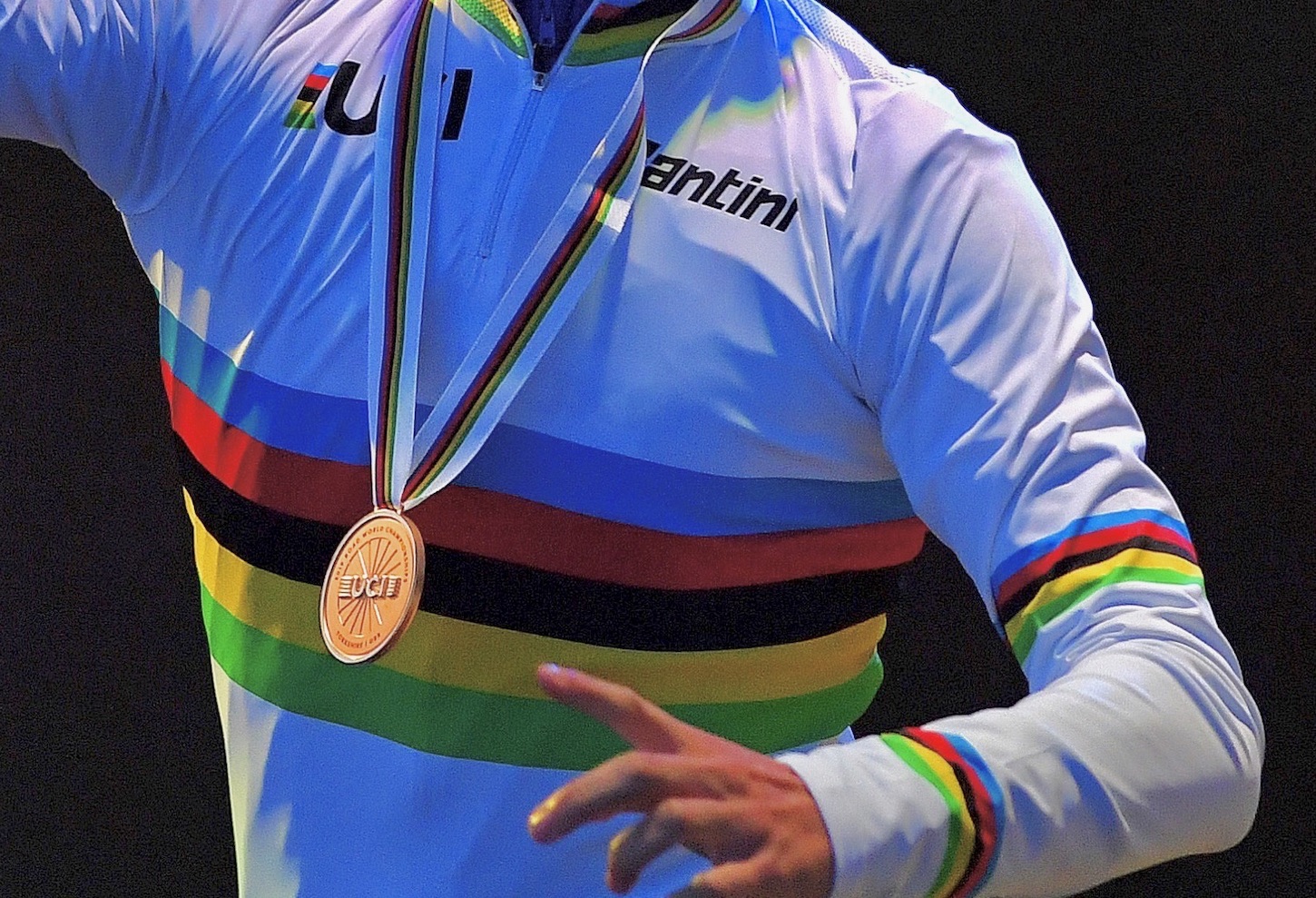 The races for the rainbow jerseys are about to get underway in at Imola, in the Emilia-Romagna region of Italy.

Half a century after Vittorio Adorni’s triumph in front of his tifosi, the iconic Autodromo Internazionale Enzo e Dino Ferrari racetrack welcomes the Worlds again. With the constraints imposed by the sanitary situation, only the Elite races will be held in a four-day event that will see the riders fight for the right to wear the rainbow jersey they dream of.

The time trial experts will be the first in action, with the Women’s race on Thursday 24th. With no more than 200m of elevation on a 32km route – the same route for the Women, then the Men on Friday – the most powerful riders will find the perfect ground to shine.

The challenges of the road race are very different. With two steep ascents, Mazzolano and Cima Gallisterna (10% on average and slopes as steep as 14%), on a 28.8km circuit around Imola before returning to the racetrack, the puncheurs and even the climbers will have opportunities to display their talents. The Women will cover this sequence five times, for a total of 143km and around 2800m of climbing. The Men will race nine laps (258.2km and nearly 5,000m of elevation).

The contenders for the UCI World Champion title will smash big gears on the Italian roads to claim the first rainbow jersey of the 2020 edition. That’s Chloé Dygert’s domain and the star of USA Cycling will be determined to repeat her performance from Yorkshire (GBR) in 2019, when she put 1’32” between herself and the Netherlands’ Anna van der Breggen, while another Oranje champ, Annemiek van Vleuten had to settle for third (+1’52”) after she had dominated the event in 2017 and 2018.

“I’m happy that a final decision has been made,” Chloé Dygert told Cyclingnews when the new venue for the Worlds was announced. “Nothing changes on my end – and I’ll continue with my well-laid-out training plan and preparation.”

Ten days ahead of the event, she shared her “excitement” on social media, as she gets ready to defend her road rainbow jersey after lighting up the Berlin velodrome at the UCI Track Cycling World Championships presented by Tissot earlier this year.

Dygert will have to face tough opposition, ready to offer a tight fight after a season full of uncertainties. The Dutch women have claimed seven of the nine medals distributed for this speciality in the past years, and a champion such as Anna van der Breggen (winner of the ITT at the European Championships in August) will try to claim gold after she finished second in Bergen, Norway (2017), Innsbruck, Austria (2018) and Yorkshire (2019).

Many men aim for success against the clock. Two-time winner Rohan Dennis aims for a third consecutive victory to complete his collection of rainbow jerseys after his successes in Innsbruck and Yorkshire. A win in Imola would see him match his compatriot Michael Rogers’ record, with three ITT UCI World Champion titles between 2003 and 2005. The German star Tony Martin also claimed three consecutive victories (2011-2013) and took another in 2016.

The Belgian rouleur Victor Campenaerts will try to improve on his bronze medal at the European Championships in Plouay. Swiss rider Stefan Küng won on that day and he’s been preparing for the Worlds ITT for a long time now. With 32km to cover on flat terrain, speeds will be extremely high on the Autodromo.

Annemiek van Vleuten’s rainbow jersey will be up for grabs in Imola: the in-form Dutch rider (Mitchelton-Scott) crashed last week at the end of stage 7 of the Giro d’Italia Inernazionale Femminile while she was wearing the leader’s pink jersey. Forced to abandon the Giro Rosa with a broken wrist, the 2019 UCI World Champion will be unable to defend her rainbow stripes. A strong contender will be recently-crowned Dutch Champion Anna Van der Breggen, one of the few women who has been able to beat Van Vleuten this year.

The Dutch will be chasing their fourth triumph in a row after Chantal Blaak (2017), Van der Breggen (2018) and Van Vleuten (2019). The rest of the world hopes to succeed Denmark’s Amalie Dideriksen, who won the 2016 race in Doha.

Just a week after the end of the Tour de France in Paris, the world’s best riders are already called for another major battle. The race schedule has been turned upside down in reaction to the global health situation, but many riders have made it clear that they aim for the Worlds, no matter what.

“I love Italy and I hope to be able to have the same success in Imola,” said Canadian star Michael Woods after winning Stage 3 of Tirreno-Adriatico. “It’s a very challenging course, and hopefully I can have a repeat performance of my Worlds in 2018 [when he finished third].”

Among the riders participating in the Tour, Frenchman Julian Alaphilippe will find in Imola a route that perfectly suits his abilities: a lot of punch, a touch of speed and impressive skills on the downhills. It’s a similar story for the Swiss Marc Hirschi, who impressed with his Tour stage win in Sarran. As for the Belgian Wout van Aert, he’s shined on every type of terrain since racing returned. But with not far off 260km of racing and uphill efforts to be repeated all day long, the race could also favor tough climbers such as Thibaut Pinot.