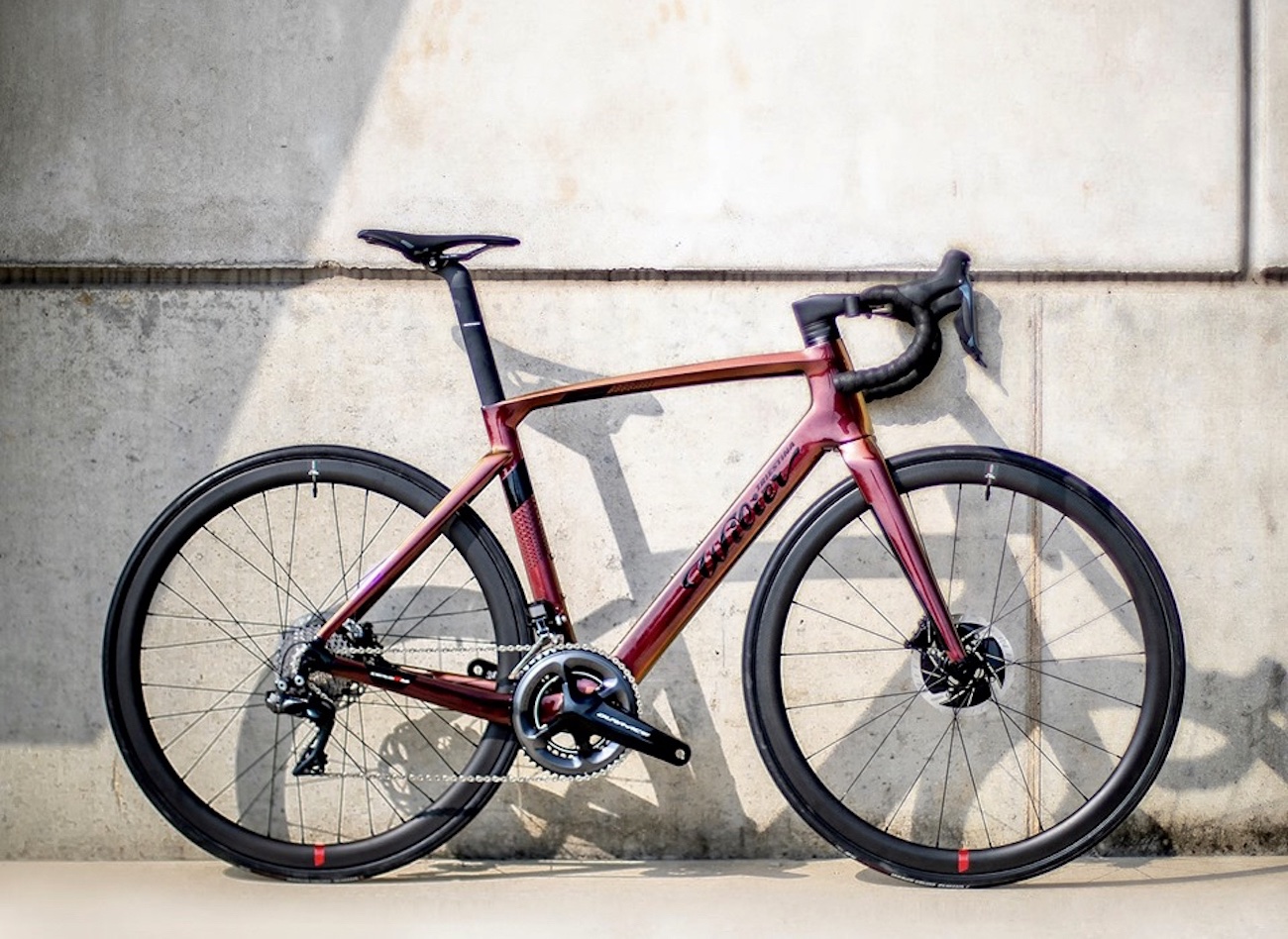 Wilier first entered the e-road bike segment with the launch of its Cento1 Hybrid last year. But, since then the vaunted Italian brand has been hard at work refining the details of their assisted road bike to develop an even more sophisticated and lighter version called the Cento10 Hybrid, which was unveiled during this week’s Eurobike show.

Similar to its predecessor, the Cento10 Hybrid is virtually indistinguishable from a traditional road bike thanks to its streamline design and Ebikemotion’s electric drive system that’s mainly hidden in the rear wheel.

According to Wilier, the Ebikemotion system features three levels of assistance, delivering up to 250w via an iWoc button whereby the rider simply pushes an LED button that’s located next to the stem to change power levels.

When it came to weight, Wilier says it was able to slim down the Cento10 Hybrid by 4.5% by simply rotating the battery 90 degrees.

The Cemto10 Hybrid continues to cheat the wind with fully internal cable routing, an integrated handlebar and stem combination and a slight revision to some of the frame’s tube shapes and profiles.

In the end, Wilier says the Cento10 Hybrid is 8% more aerodynamically efficient over the Cento1 Hybrid.

Pricing for the Cento10 Hybrid starts at €7,900 for the Shimano Ultegra Di2 equipped model and Wilier’s own aluminum wheelset, while the range-topping variant comes equipped with a Shimano Dura Ace DI2 groupset and carbon wheels for €11,200. There are also three striking colorways to choose from.