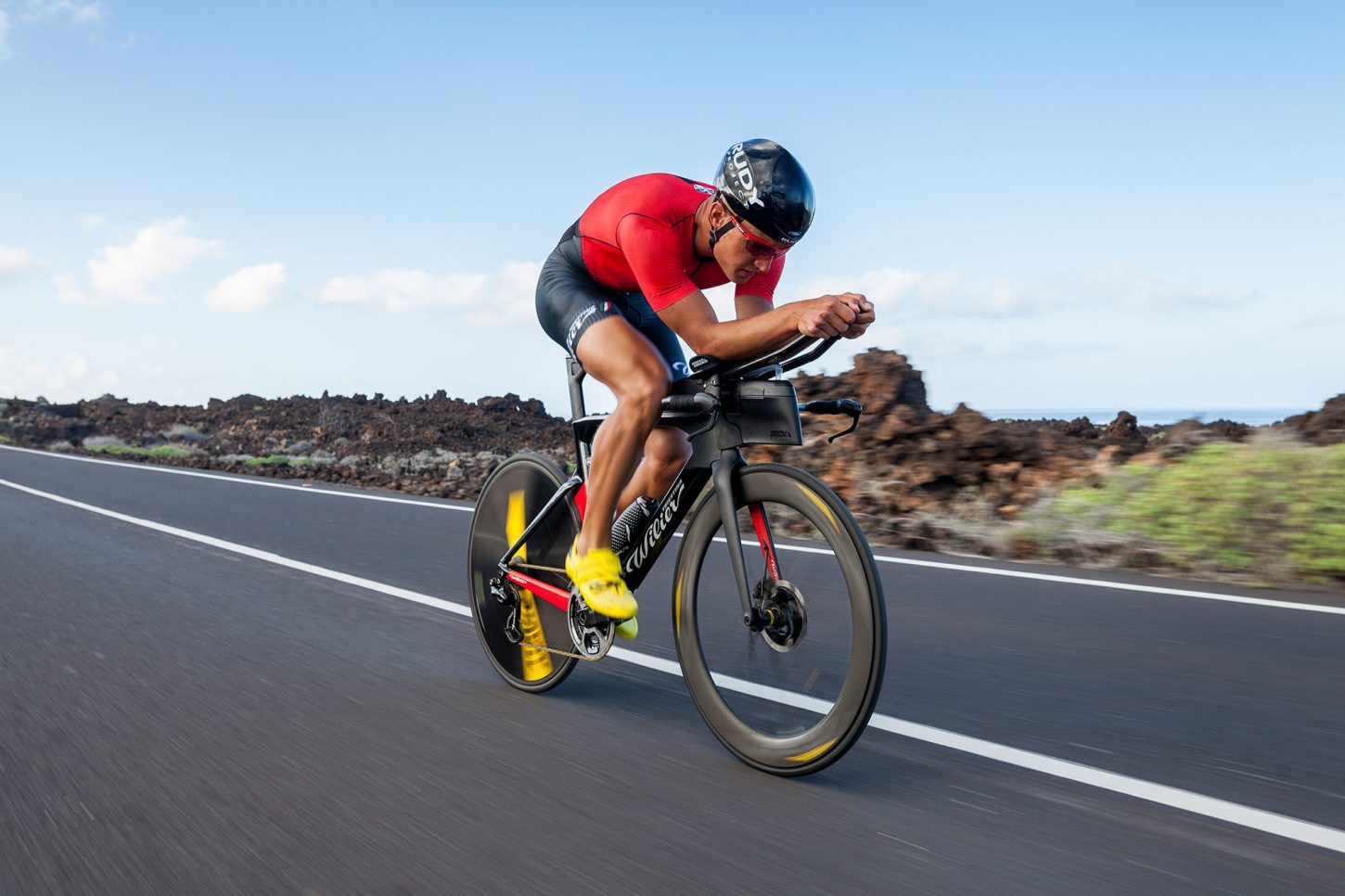 First spotted during last month’s Paris-Nice race under the auspices of Team Direct Energie, Wilier has officially unveiled its new time trial/triathlon bike called the Turbine, which features everything from the latest in aerodynamic profiling, to a modular cockpit and hydraulic disc brakes.

According to Wilier, “the new Turbine is a product developed on the basis of four fundamental pillars: aerodynamics; braking efficiency; wide range of positions; ease of transportation.”

The Turbine replaces the Italian brand’s previous model, the Twin Foil, featuring newly developed NACA aerodynamic tube profiles, alongside a truncated rear tail, which Wilier claims has resulted in a significant reduction in weight while also increasing torsional stiffness. Furthermore, the company says the adoption of hydraulic disc brakes has not only resulted in improved stopping power, but has also enhanced the bike’s wind cheating capabilities as well.

“It might seem strange, but this type of braking system enables the outer tubes of the front fork and the rear triangle to be positioned further away from the wheel”, says Wilier, further claiming that the new braking system has lead to a “dramatic reduction in turbulence, improving aerodynamic penetration.”

Additionally, the new Turbine utilizes a “hinged fuselage”, wherein the headtube, handlebar, stem and fork steer function independently of the frame itself. Moreover, the new articulating handlebar design allows riders to customize their cockpit, allowing for 0-70mm of vertical height adjustment, as well as 15° of aerobar extension angle adjustment.

Riders can also dial in the forth and aft and side to side position of the armrests as well.

Other features that punctuate the new Turbine are 12mm thru-axles, flat mount disc brakes and clearance for tires up to 28mm, along with fully internal, modular cable routing, a Di2 junction box that’s located inside the downtube, a PressFit bottom bracket, a removable braze-on front derailleur mount and a choice of three different aero seatposts in setbacks of -65mm, 0mm and 25mm.

As a result, Wilier boasts that the new Turbine can be configured in a number of different ways to benefit the riding styles of both time trialists and triathletes alike.

Wilier says the Turbine will be available in three sizes (XS/S, M & L/XL), which can be purchased as a frameset only for $6000 (includes frame, fork, headset, seatpost and foldable aerobars), or as a complete bike that’s equipped with either Shimano Di2 Ultegra or Dura-Ace build options.

Prices for complete bikes for the US market are to be announced.