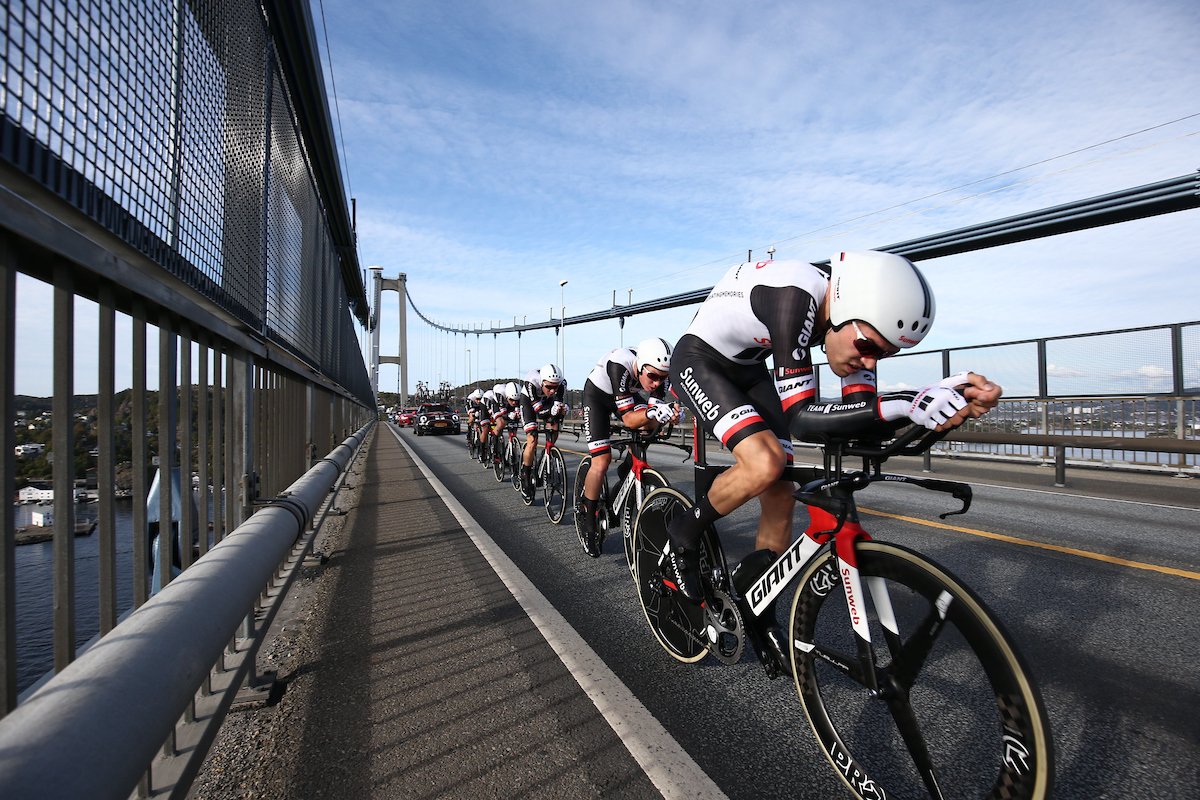 Team Sunweb claimed today’s honors in the men’s World Championship Time Trial event, after stopping the clock with the fastest time of 47:50.42 along the rolling 42.5 kilometer course in Bergen, Norway.

Meanwhile, defending champions, BMC Racing, had to settled for second place, with Chris Froome’s Team Sky rounding out the podium in third.

“It’s crazy. First the women, and now us. It’s crazy,” Dumoulin said after the gold-medal ride. “The team was so homogenous. It was absolutely amazing. Normally you would say, ‘Maybe you’re the best time trial list on paper,’ but with this team … it was so smooth, it was crazy.”

“We had a very good pace and kept it all the way to the line. We tried to keep together especially on the long climb, and that just about worked out – barely. But we made it over, and we were all flying. I don’t have words, it’s really unexpected but it’s really very nice. It’s the team event of the year, and we pulled it off.”

Sunweb’s Tom Dumoulin, Wilco Kellerman, Michael Matthews, Lennard Kamna, Soren Kragh Andersen and Sam Oomen, were only fourth fastest at the first time check, while they increased their position to second quickest at both the second and third time checks.

However, while BMC faded during the final sector, Sunweb maintained their pace to claim their first World Championship team time trial medal.