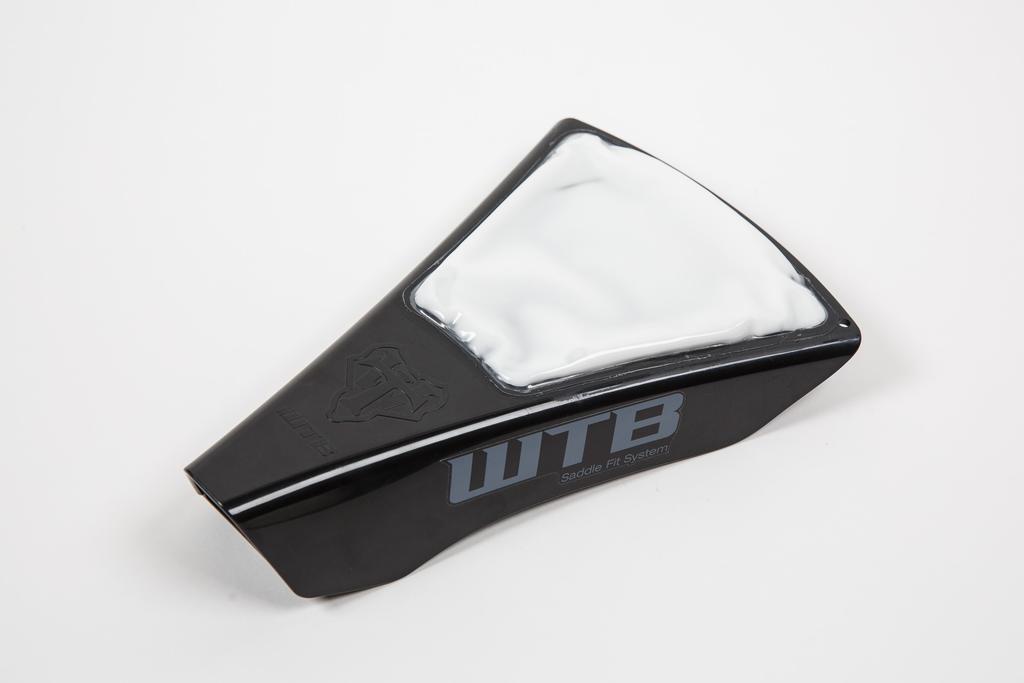 The WTB Saddle Fit System is designed to steer a rider towards suggested saddles by allowing an ischial tuberosity – commonly known as sit bones, measurement on the rider’s current bike without modifying setup, or changing the angle of the rider’s current saddle.

WTB’s Saddle Fit System acts as a sleeved cover for one’s existing saddle. A firm, molded base acts as a measuring platform for a white viscio-elastic pad that leaves an imprint of the rider’s sit bones. Areas of greater pressure leave a deeper impression, allowing an appropriate measurement depression on the pad. Connected to the back of the Saddle Fit System is WTB’s measurement tool composed of a metric ruler and correlating suggested saddles based on width attained. Additionally, the measurement tool gives a vertical profile of the saddle’s shape, indicating whether or not the suggested saddle has a flatter top or incorporates more rise and fall moving from front to back.