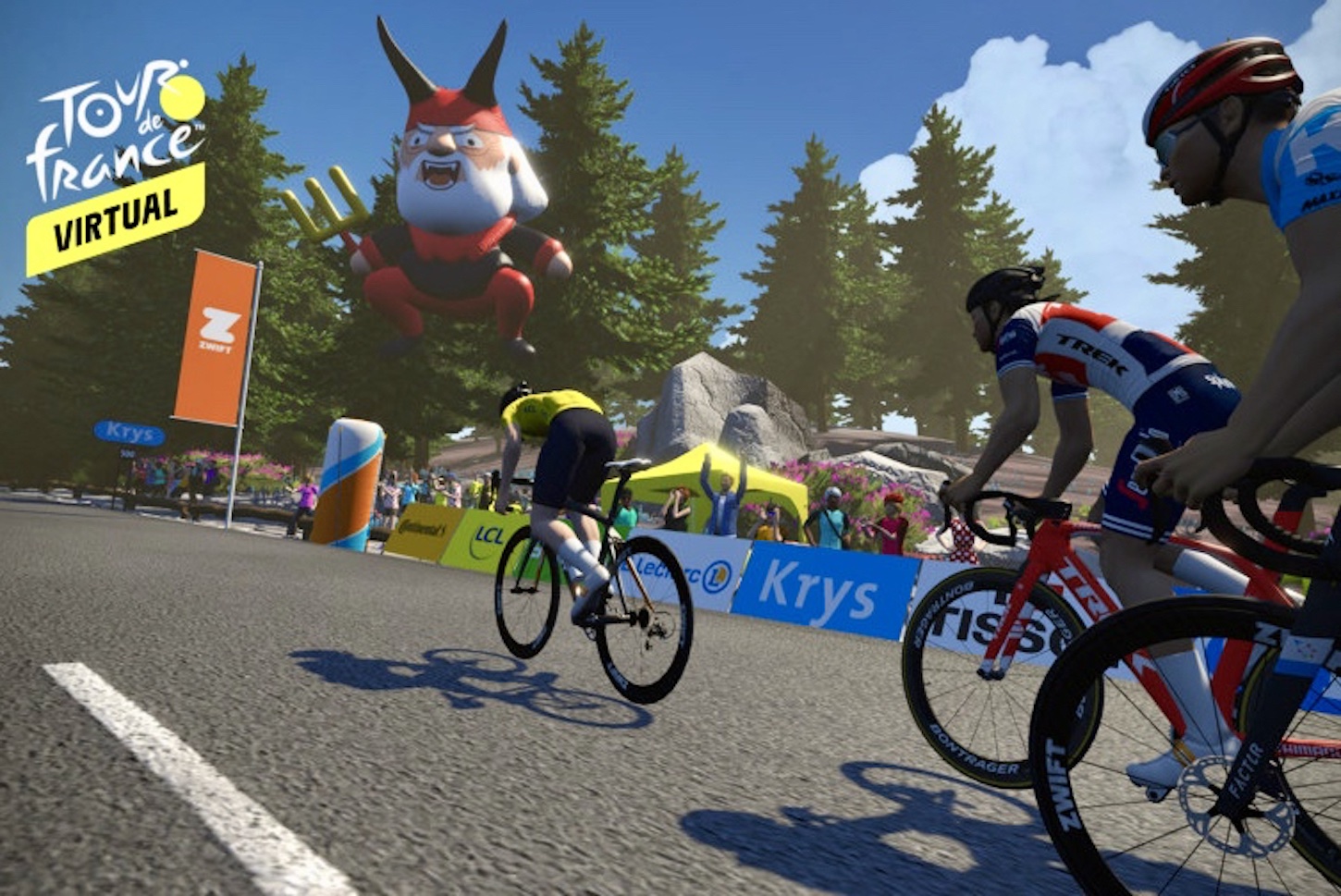 Designed to deliver both the best virtual racing experience for both competitors and viewers, the Virtual Tour de France will be held over six stages, each around an hour in duration. Racing will commence on Saturday, July 4th with the first women’s stage, followed immediately by the men. Stages for both races are held on identical courses and over the same distance. Both events will receive equal broadcast coverage.

The stages of the Virtual Tour de France will provide opportunities for all types of rider. Stages 1 and 2 will be held on Zwift’s biggest map, the fantasy volcanic island of Watopia. For the Tour de France, Watopia will receive several visual additions inspired by Nice, the planned host town for this year’s ‘Grand Départ’. Stages 3, 4 and 5 will be held on an entirely new French map designed specifically for the Virtual Tour de France. Stage 5 is marked as the Queen Stage, and one for the climbers, with a summit finish at Chalet Reynard on the formidable Mont Ventoux. Stage 6 will see the racers take to the iconic Champs-Élysées, finishing in front of the Arc de Triomphe in Paris.

Yann Le Moenner, ASO General Manager adds, “Our joint project with cycling teams, Zwift, charities and broadcasters is all about leveraging the newest esport technologies to put the spotlight on the champions who were supposed to ride the Tour de France in July, as well as bringing bicycles to people who do not have any.”

The Virtual Tour de France wouldn’t be the same without the famous Yellow, Green, Polka-dot and White jerseys held by the leaders of the race. Standings for all jerseys will be calculated using a points-based system. The best overall team will be calculated by combining the total points earned across all competitions. In addition, each stage will also see a rider awarded the Most Aggressive rider award, sponsored by Antargaz.

“There’s nothing bigger than the Tour de France in cycling, so to say I’m excited would be an understatement”, says Eric Min, Zwift CEO and Co-Founder. “Since I was a boy, I would always be glued in front of the TV for three weeks in July, so I feel incredibly privileged for Zwift to be able to play host to the first virtual edition this year. Of course, we all very much look forward to the race returning this August, but the good news is there will still be racing in July. The Virtual Tour de France will be a celebration of the event featuring the stars of the men’s and women’s pro pelotons, all in aid of five great causes. Let’s also not forget, there is a great chance to take part through the Virtual l’Etape du Tour de France rides as well!”

Both the France and Paris maps have been designed specifically for the Virtual Tour de France. The French map takes inspiration from the country and should evoke strong connections with the country as Zwifters pass through vineyards, over Roman aqueducts and through Sunflower fields. The new map also plays host to a virtual replica of Mont Ventoux. Zwift’s Mont Ven-Top, meaning snowy peak in gallic, is a punishing climb that is sure to test the legs of any rider.

The 6 stages of the Virtual Tour de France:

The 3 stages of the Virtual l’Etape du Tour de France (16 sessions spread over each weekend):