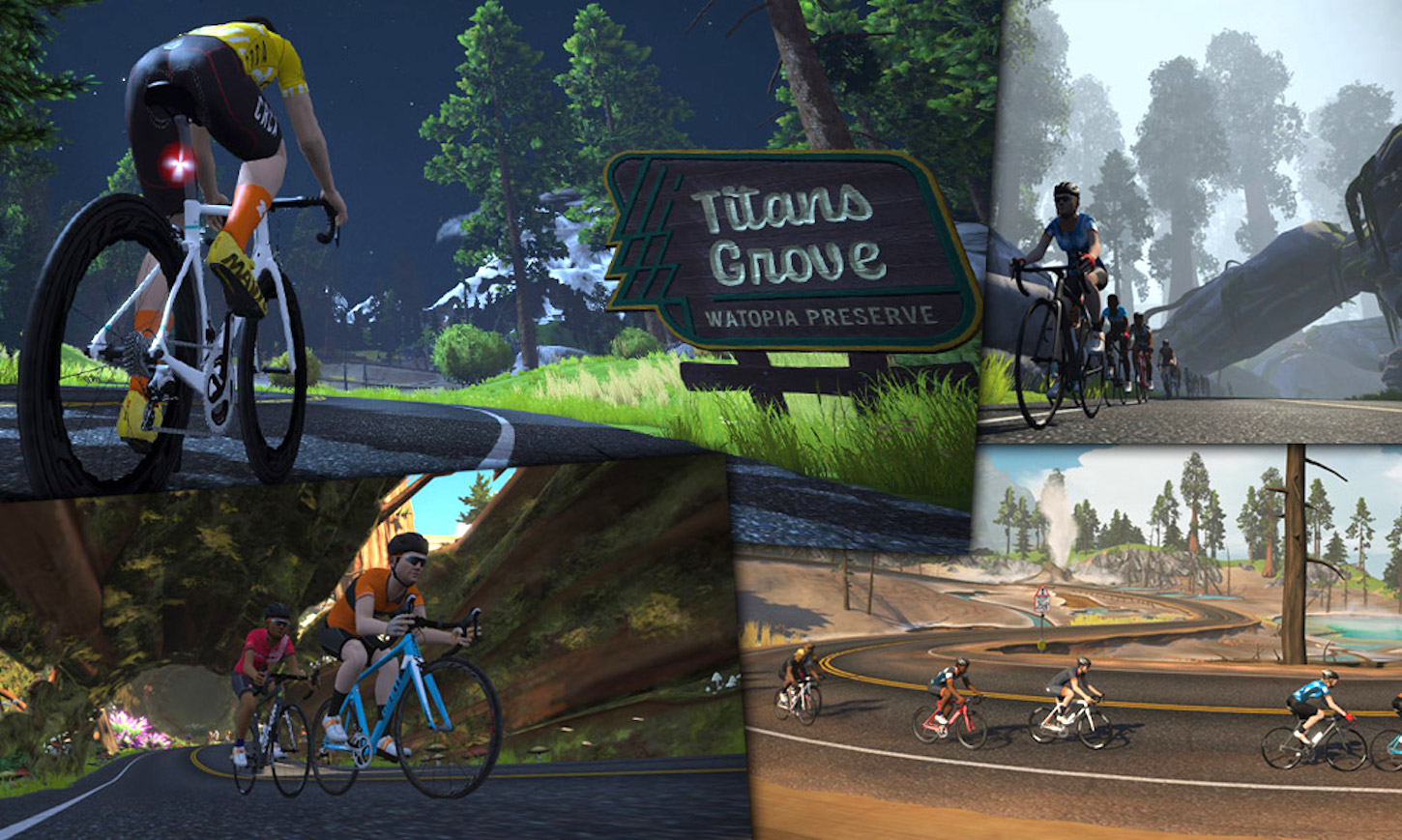 Zwift has launched a new expansion of its popular Watopia training platform this month, which the brand is calling a “feast for the eyes!”

Here’s a preview of what to expect.

Additionally, there are three new gradual climbs for those who like to grab KOM points, with the longest being a timed Strava segment.

“I think this may be the most beautiful part of Watopia,” says Eric Min, Zwift CEO and co-founder. “I’m not normally one for pausing on a workout, but this area rewards the eyes as much as the legs.”

Riders are treated to more that just rolling roads and the surrounding flora, as there’s plenty of fauna to see as well like a bear who climbs a tree looking for honey, bald eagles, a rubber ducky in the geysers and more.

In addition to the new area of Watopia, which is live on the app now, Zwift has also added five new routes.

You can learn more about the new Titans Grove expansion by visiting Zwift’s website here.