10 Things You Should Know About Cyclocross 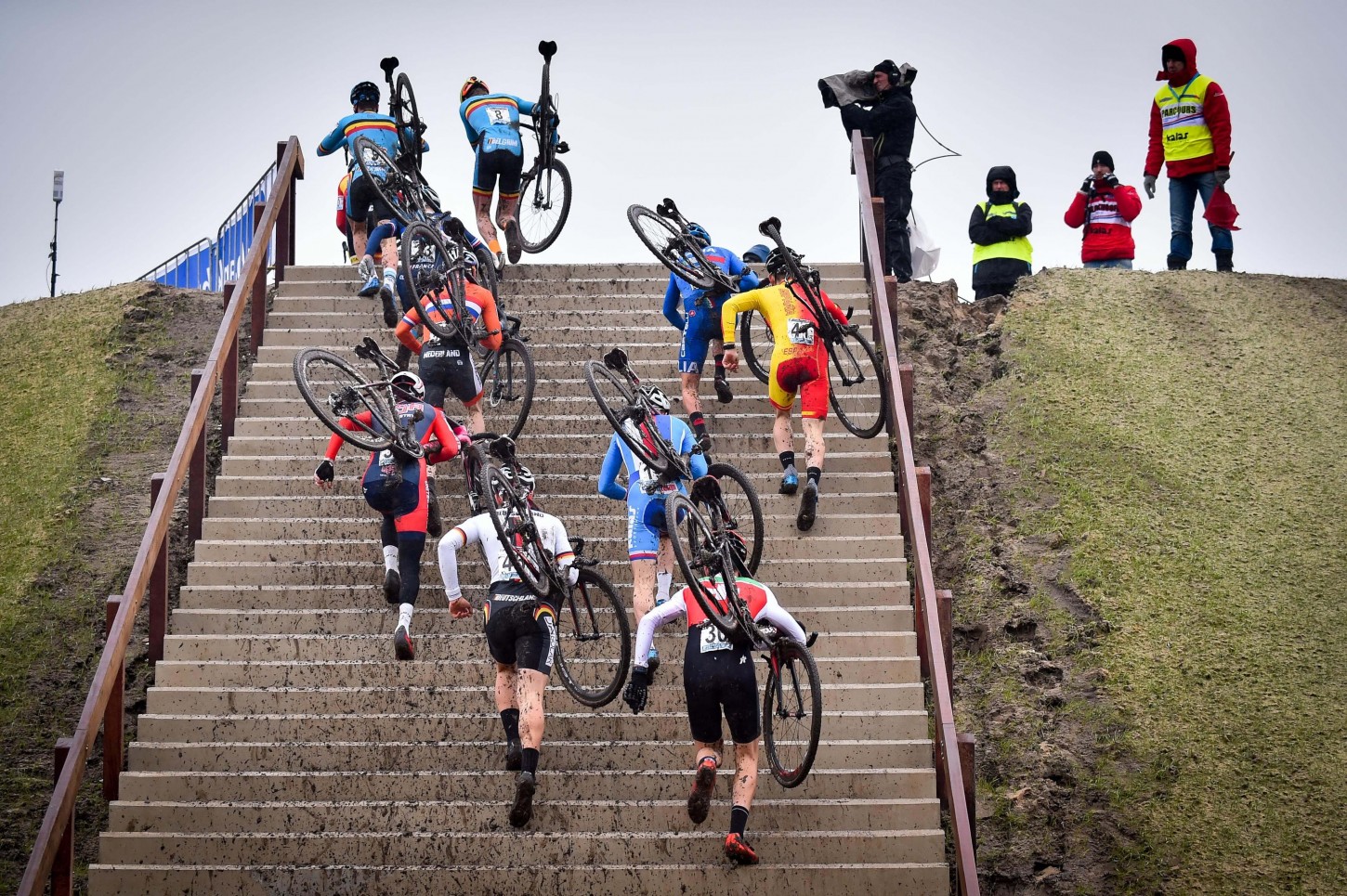 There are races and big races

A quick glance at the UCI cyclocross calendar leaves absolutely no doubt that there are countless races between the months of September and February.

The races described above can earn riders points which count towards the UCI Ranking for cyclocross. Logically, most points are at stake at the UCI Cyclocross World championships. The UCI points collected during the previous 12 months are used to make up the UCI Ranking. That 12-month rolling classification is used during the call-up of riders before the start of a race. The riders at the top of the UCI Ranking get to choose their starting spot first, while riders without points start at the back of the pack. Belgian athletes Wout Van Aert and Sanne Cant currently top the Men Elite and Women Elite UCI Rankings for cyclocross.

Big names from the past

Many riders have left their mark on the history of cyclocross. The late Erik De Vlaeminck (Belgium), almost unbeatable in the late 1960s and early 1970s, captured a record seven wins at the UCI Cyclocross World Championships. Other names from the old days are André Dufraisse (France), Renato Longo (Italy) and Albert Zweifel (Switzerland), who all have five world titles to their names. Between 2000 and 2005, Hanka Kupfernagel (Germany) won four world titles, the same number as Roland Liboton (Belgium) in the 1980s and 1990s. Of course, there’s more to cyclocross than UCI World Championships. For example, Liboton won the Belgian Championships ten consecutive times, making him one of the greats in the sport. Recently retired Sven Nys (Belgium) won the UCI World Championships ‘only’ twice, but was nearly unbeatable in most other races. He won the overall UCI World Cup seven times and was nine-time Belgian Champion. Nowadays, he’s considered to be the greatest-ever cyclocross rider.

Big names from the present

Matching Erik De Vlaeminck, Marianne Vos (the Netherlands) has also won seven UCI Cyclocross World Championships. Vos still races, which means she could add a record-breaking eighth win to her tally in Bieles, Luxembourg, on January 29. Katherine Compton (USA) just won her twelfth consecutive National Championships race. The 39-year-old won the overall UCI World Cup twice but has so far failed to win the UCI World Championships, not helped by the presence of Vos. In the Men Elite category, there’s been a massive transition. Wout Van Aert (Belgium) and Mathieu van der Poel (the Netherlands) became the new kids on the block, taking over the command from riders like Sven Nys, Niels Albert (Belgium), Bart Wellens (Belgium), Lars Boom (the Netherlands) and Zdenek Stybar (Czech Republic). Van Aert and Van der Poel have been dominating cyclocross for the last two seasons and each have one world title to their name. However, due to their young age, they do not yet have lists of achievements as long as those of their predecessors.

A rich variety of courses

Cyclocross races are held on a closed circuit between 2.5km and 3.5km long. Every course has its own characteristics: some are dry and fast, others muddy, some feature a lot of climbing or sand sections, sometimes courses are covered with snow… Often, riders are forced to dismount their bike to tackle an obstacle, sometimes carrying their bikes on their shoulders. Nonetheless, at least 90% of the course must be ridable. For example, if the circuit measures 2.525km, then the running section must be no longer than 252 meters. A course may include no more than six man-made obstacles, where riders are likely (but not required) to dismount. Examples of man-made obstacles are fly-overs, planks and artificial sand-pits. Cyclocross riders must combine physical and technical skills to excel in the sport.

Pit areas are zones where riders can swap bikes or wheels, or receive mechanical assistance. The most urgent reason to swap a bike is a mechanical problem, such as a broken derailleur or a flat tire. Bikes can collect dirt on the course and being able to get a clean bike is often a good reason to enter the pit zone. Riders might opt to swap bikes for tactical reasons too, changing to a different tire pressure or opting for a different bike set-up for different parts of the course.

If one region is to be considered the homeland of cyclocross, it’ll probably be the Flanders region, in Belgium. Flanders is host to twenty C1 races and three UCI World Cup rounds. It attracts massive crowds and a great many television spectators. An fast-growing cyclocross region is the USA, where a large community of professional athletes and non-professional riders race cyclocross. The USA host nine C1 races and two UCI World Cup rounds.

History of the discipline

The Van der Poel family, from the Netherlands, is probably the most acknowledged cyclo-cross family. Father Adrie van der Poel was a splendid cyclist who combined the road discipline with cyclo-cross. After finishing five times as runner-up, Adrie won the 1996 UCI World Championships in Montreuil, France at the age of 36. While UCI World Champion, he also won the UCI World Cup. Sons David and Mathieu are both professional riders in today’s peloton. Mathieu is the most successful of the two sons. In 2015, at the age of 20, he became the youngest Men Elite winner of the UCI Cyclocross World Championships.