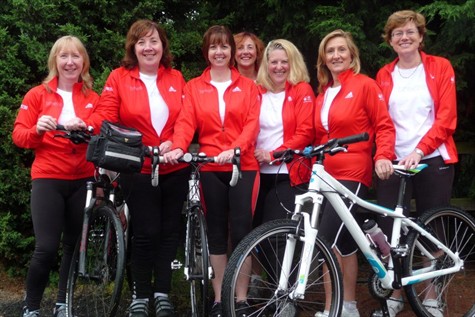 British Cycling’s strategy to get one million women cycling by 2020 is "on track", according to the sport’s national governing body, as it revealed today that 106,000 women have taken part in its programmes so far this year.

A six-month update report on the initiative indicated that more women are cycling more often, with figures showing that, among other events, 23,000 have taken to their bikes as part of the body’s female-only Breeze initiative, 37,000 participated in Sky Ride city events and 24,000 took part in personal challenge rides.

British Cycling, which says it has grown its female member base by 19 per cent and trained 10 per cent more female coaches since March, has also introduced 10,000 female under-16s to the sport through its Go-Ride program, while 4,000 women attended Social Cycling Group rides.

"In the six months since we launched our strategy we’ve made some great progress and our plan to get one million more women cycling over the next seven years is firmly on track," British Cycling chief executive Ian Drake said.

"We’ve got some fantastic headline figures that we’re announcing today.

"They show that there are thousands of women who want to ride recreationally – a big win for our partnership with Sky, especially the fact that over a third of all Sky Ride event participants this year were women.

"There is also a real appetite for women to get into racing or to try personal challenge rides.

"Twenty four thousand women have taken part in British Cycling sportives so far this year and our female member base has increased by 19 per cent since we launched our strategy.

"The introduction of the Women’s Tour from next year can only build momentum further.

"We know that British Cycling has a long journey ahead to change the culture of our sport but we are heading in the right direction."

Britain’s three-time BMX world champion Shanaze Reade was also pleased with the results of the program to date.

"For too long cycling has been seen as a sport for men," the London 2012 Olympian said.

"It’s fantastic to hear that over a 100,000 women have dusted off their bikes and got involved in British Cycling programs across all disciplines so far this year.

"The more women that cycle, the more their friends, sisters and mums will be inspired to give it a try – we’re starting to close that gender gap and I look forward to seeing even more women enjoy all that cycling has to offer."

British Cycling’s Breeze is the biggest program ever to get more women into riding bikes for fun. Our aim is to help thousands of women feel confident and comfortable about going on a ride.

While cycling is becoming more and more popular in the UK, the proportion of women getting involved is actually declining. We want to change that.

We’ve spoken to lots of women and done our research to understand the reasons why more women aren’t cycling and they include lack of time, confidence and feeling safe riding a bike. We’re trying to provide as many cycling opportunities as we can in a nurturing and friendly environment. We currently have almost 200 bike rides for women on a weekly basis. Find a ride near you.

Our program wouldn’t be where it is today with our inspiring volunteer Breeze champions. These ladies organise fun, social, local bike rides for women. Rides go at a speed that suits everyone, and they often start or finish at a cafe so everyone can have a drink and a chat.

We’ve also been trying to make bikes more accessible to women, through hire schemes and female-friendly bike shops, along with our women-only mass participation events.