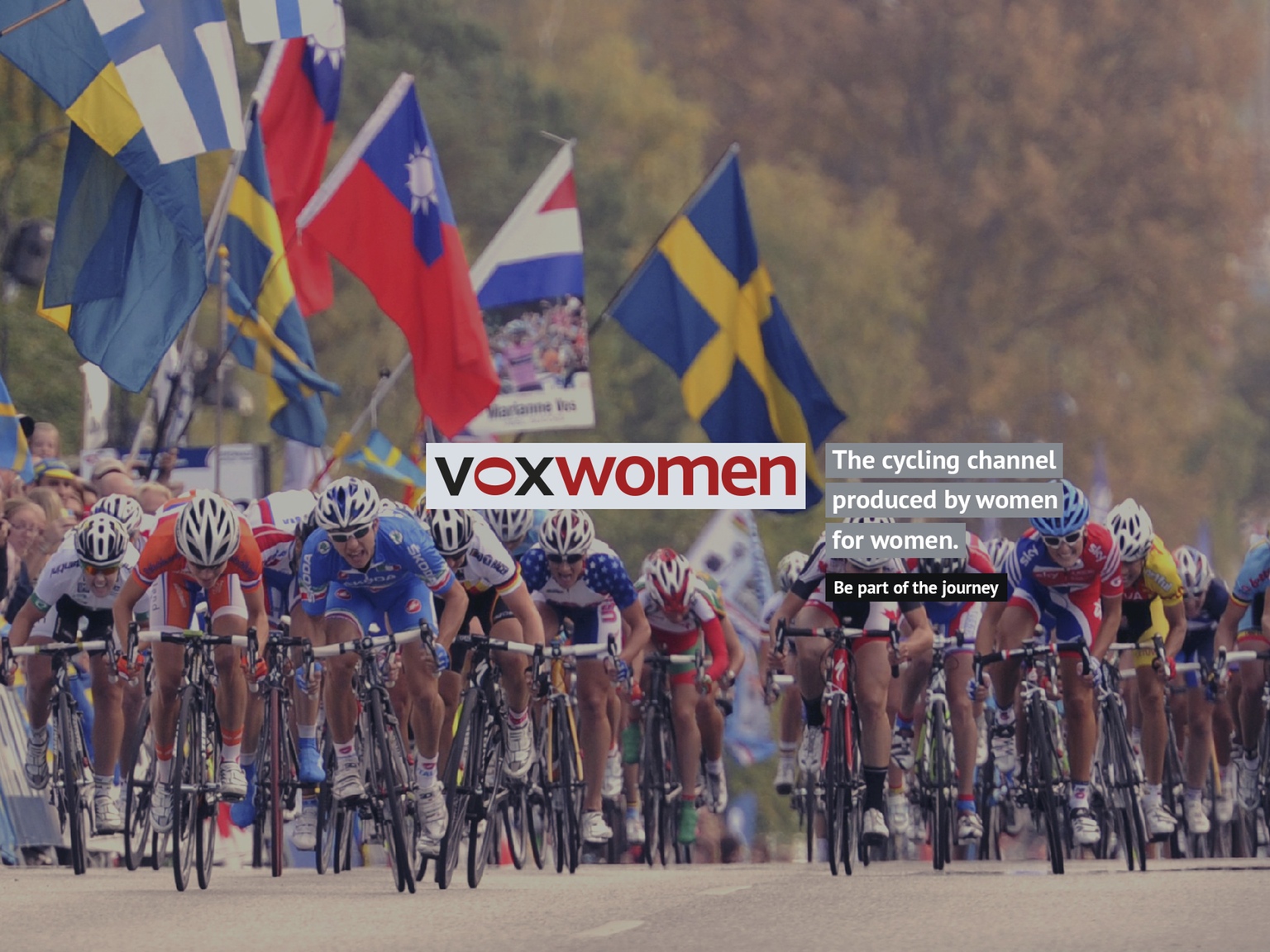 After a vigorous outreach campaign, the women’s cycling channel, Voxwomen, finally secured a deal with British Eurosport to air its pilot .

Aptly titled the Voxwomen Cycling Show, the program aims to bring unprecedented coverage of women’s cycling, along with behind-the-scenes racing footage from major events such as this year’s Aviva Women’s Tour, Strade Bianche and the AMGEN Tour of California.

The show was part-funded by a Kickstarter campaign in response to calls from women’s cycling fans for more coverage of racing, which attracted significant support and ultimately exceeded its initial crowd funding goals.

“We’re delighted that Voxwomen and British Eurosport can finally provide them with a platform to help to further promote the sport. I would also like to thank the teams, riders and events who are at the hub of this programme. We hope you all enjoy this first show and we’re sure that this will be just the start of further coverage of the women’s professional peloton.”

The Voxwomen Cycling Show will air on British Eurosport today 2 at 9.15pm, and will feature 30 minutes of cycling lifestyle content including behind-the-scenes racing footage of the recent Aviva Women’s Tour, plus features covering interviews and riding tips.