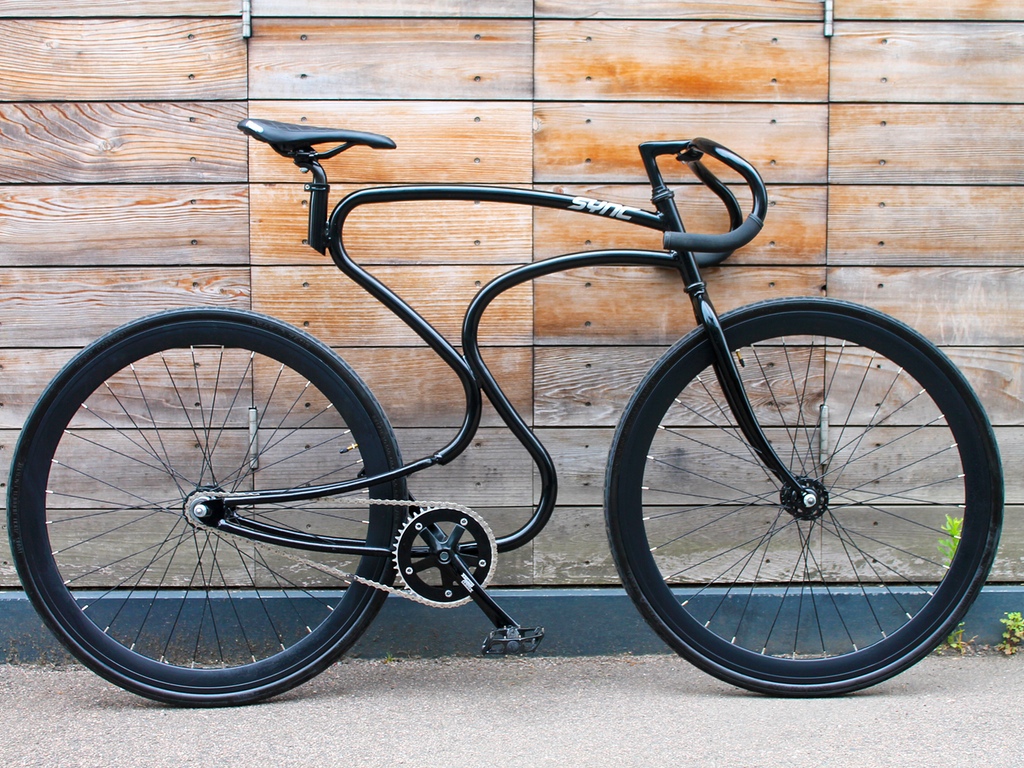 Here’s glimpse at one of the coolest bike designs to come by way of Kickstarter, we’ve seen in awhile.

Sync Bicycles has turned to crowd-funding as means to get their funky fixed gear bike off the ground.

And, while the design is indeed funky, there’s some cycling heritage involved with its design as well.

According to Syn, above and beyond creating a bike that was eye-catching, they also drew upon the classic ‘track bike” position as a way of attracting the fixed gear bike culture.

In the end, Syn believes it has created a bike the incorporates simplicity, performance and a unique standout design that will endear itself to urban cyclists as a whole;especially the “fixerati”.

Check out their Kickstart campaign.

“Most bicycles are fundamentally the same… and its about time someone mixed things up a little”. This was the view we shared back in 2013 when we first started sketching and developing new bike designs. We wanted to design a bike that was cool and different, but at the same was simple in its design and delivered excellent ride quality and control. At a time when fixed gear/single speed bikes are so popular, we knew we needed to come up with a bike that was truly unique and one that cyclists would be proud of riding. Judging by the response from both the industry and public we certainly believe we have met these ambitions.

We have been delighted with the response and support from all across the cycling spectrum and we would really like to thank those people who have shown their support, whether it be a comment on Instagram or a passing word of encouragement on the street. They have all spurred us on and helped make this bike a reality.

It is genuinely difficult to express the overwhelming response we have had from both the industry and public. The amount of appreciation and interest in the bike has been absolutely fantastic and we are pleased that people are so enthusiastic and welcoming of the bike’s design.

In owning one of these framesets or indeed bikes, one thing you will notice immediately are the constant looks and verbal appreciation you get from fellow cyclists and members of the public. It might sound a bit strange but its a great way to meet people as I fail to count the number of people from all warps of life that have stopped me to chat, ask questions or take photos of the bike. Its pretty cool riding through a park or road and hearing the people you pass comment on the bike.

Following our attendance at the Excel London Bike Show back in February we have been manufacturing the bike to order and in small quantities for mainly UK individuals and bike shops. We are using Kickstarter because we would like to expand our manufacturing and offer this unique bike to a much wide audience. 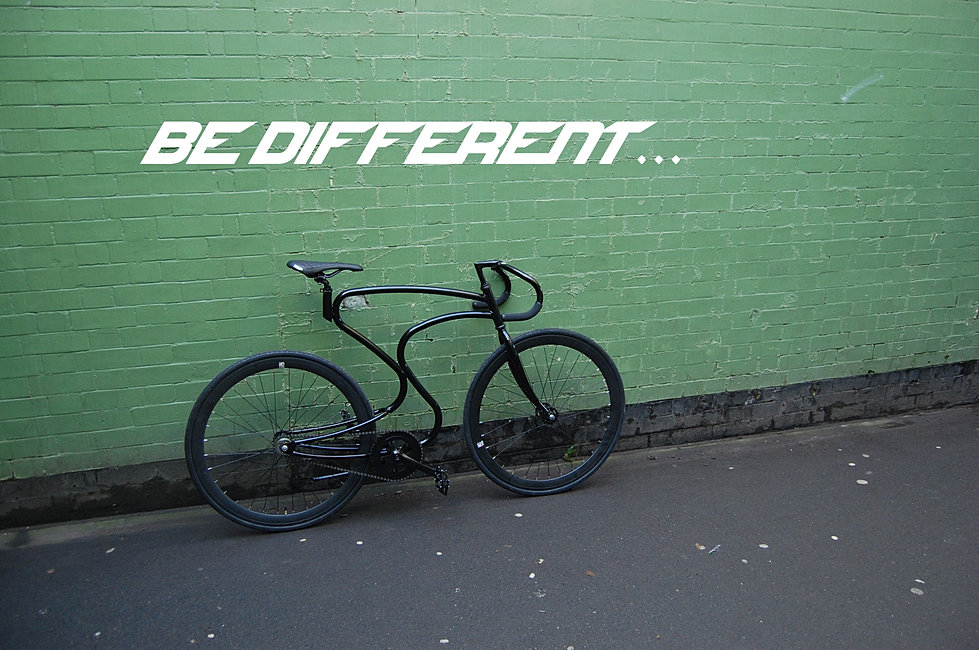 It is not only the reaction/appreciation from members of the public that makes owning a Sync bicycle a unique experience, but it is also the special ride quality of the bike/frame. The ‘double S” shaped frame has been painstakingly developed to deliver strength and stability, but at the same time allow some natural flexibility, which has become a favoured quality of the bike for those who have ridden one.

We have experience with delivering bicycles to all parts of the world using our well known and respected couriers (UPS, FedEx TNT and Parcelforce). We are committed to ensuring fast and affordable delivery to all parts of the world. If your country is not on our dropdown list, then please get in touch and we will provide you with the cost of delivery.

We Need Your Support

We hope you are inspired and excited about supporting Sync Bicycles. We have developed and refined the bike and have sold them in small quantities around the UK, but with your support we hope to increase production and make this big! We would be so thankful if you helped support the campaign and shared the project with your friends and family. Thank you!