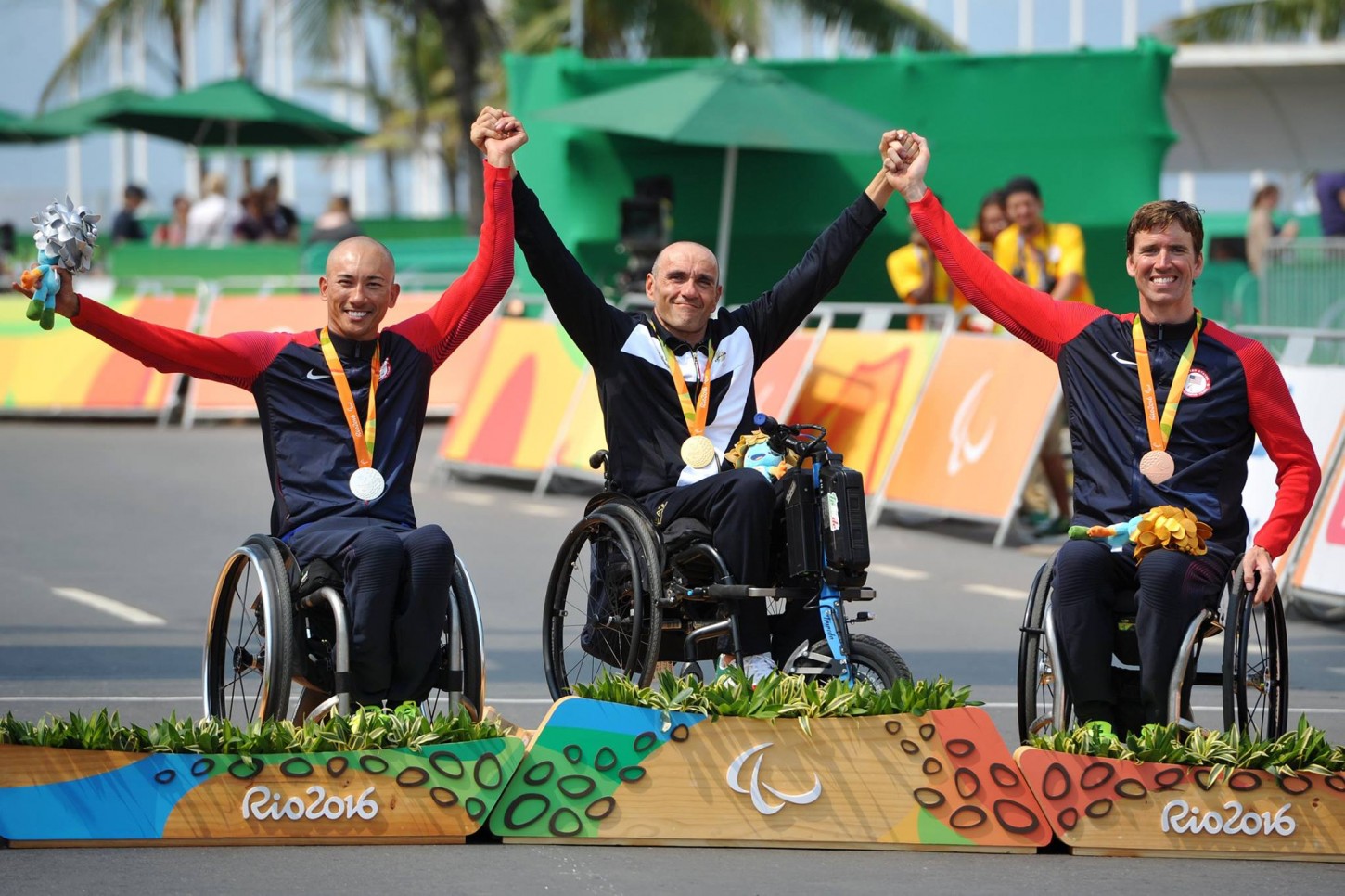 Paracyclists outdid themselves yesterday in Pontal, where the first road racing events of the Paralympic Games began.

During the first day of road events, no less than 18 Time Trial titles were at play. Numerous athletes were able to become acquainted with the podium yet again, after having won medals during track events.

Jozef Metelka (C4) also revisited the podium with his second victory and third medal of the Games. With a time of 37 minutes 52.84 seconds, the Slovakian para-cyclist got to the line faster than Australia’s Kyle Bridgwood (+ 30.37 seconds), as well as the latter’s teammate Patrick Kuril (+ 1 minute 14.71 seconds).

In Men’s Tandem racing, Team Great Britain’s Steve Bate and Adam Duggleby won their second title of the Games with a time of 34 minutes 35.33 seconds. The Netherlands’ Vincent Ter Schure and Timo Fransen (+ 8.83 seconds) as well as Australia’s Kieran Modra and David Edwards (+ 33.73 s) rounded out the podium.

Canada’s Tristen Chernove (C2) earned his third medal and first gold in Rio with a time of 27 minutes 43.16 seconds. Ireland’s Colin Lynch (+ 19.09 seconds) came in after the Canuck, but ahead of London 2012 Games silver medallist China’s Liang Guihua (+ 34.61 seconds).

Other athletes made an impressive first appearance at the Rio Games. That was certainly the case with Michael Teuber: current World and Paralympic Champion in the C1 class, the German had a fantastic win in a time of 27 minutes 53.98 seconds. Canada’s Ross Wilson (+53.36 seconds) and Italy’s Giancarlo Masini (+ 53.85 seconds) rounded out the podium.

Favoured to win the H4 class, Poland’s Rafal Wilk did not disappoint, earning the third Paralympic title of his career thanks to a time of 27 minutes 39.31 seconds. Team Austria’s Thomas Fruhwirth (+ 10 seconds) and Germany’s Vico Merklein (+ 1 minute 03.03 seconds) came in second and third, respectively.

A First Paralympic Victory for Vieth

In H4-5, Team Germany’s Dorothee Vieth won in a time of 31 minutes 35.46 seconds; this Paralympic title is a career-first for 55 year-old Vieth, who is a five-time Paralympic medallist. Germany’s Andrea Eskau (+ 39.96 seconds) and the Netherlands’ Laura De Vaan (+ 1 minute 27.46 seconds) took the silver and bronze medals, respectively.