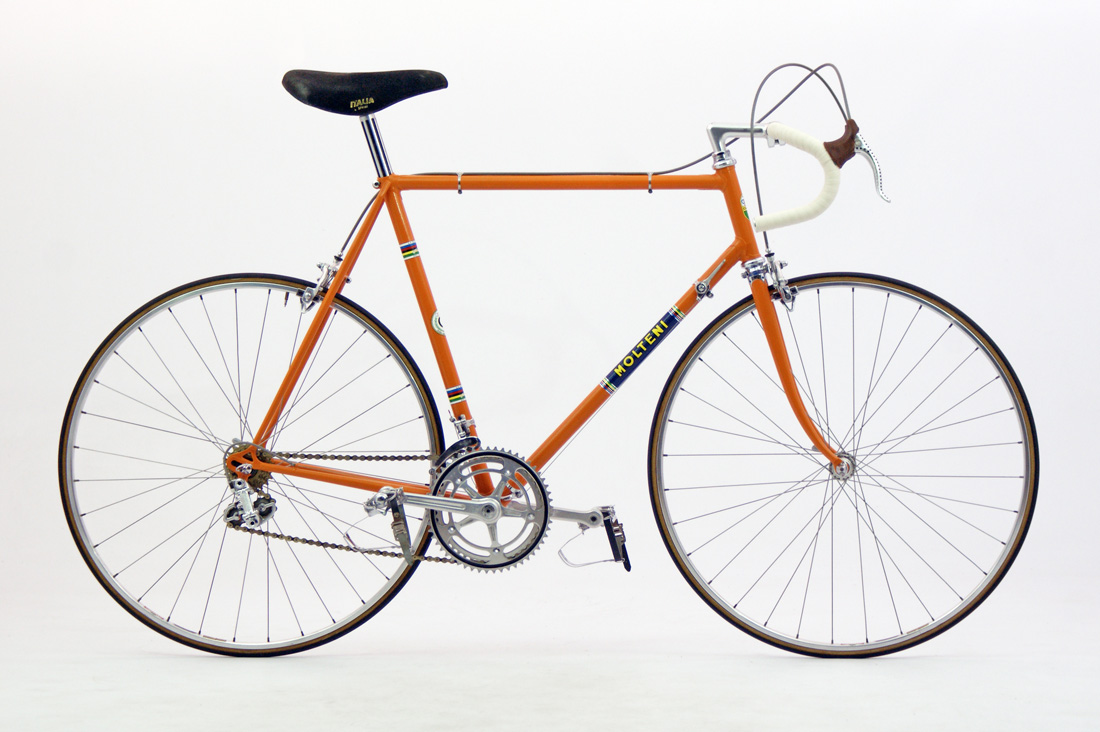 The latest bike to make its way into Speed Bicycles reliquary of priceless two-wheeled gems, is this 1971 Colnago Molteni team replica bike.

Founded by Ambrosia Molteni, Molteni was among the most celebrated cycling teams of the sixties and seventies, with its sponsor being the eponymous food products company headquartered in Arcore, Italy. And, during its long rein from 1958 to 1976, no member of the team was more celebrated than cycling’s luminary, Eddy Merckx, who rode for the squad from 1971 to 1976.

Here, Speed Cycles has restored this 1971 team replica bike back to almost its original condition without disturbing its natural patina, with a level of exactitude that’s come to define the Swiss restoration shop.