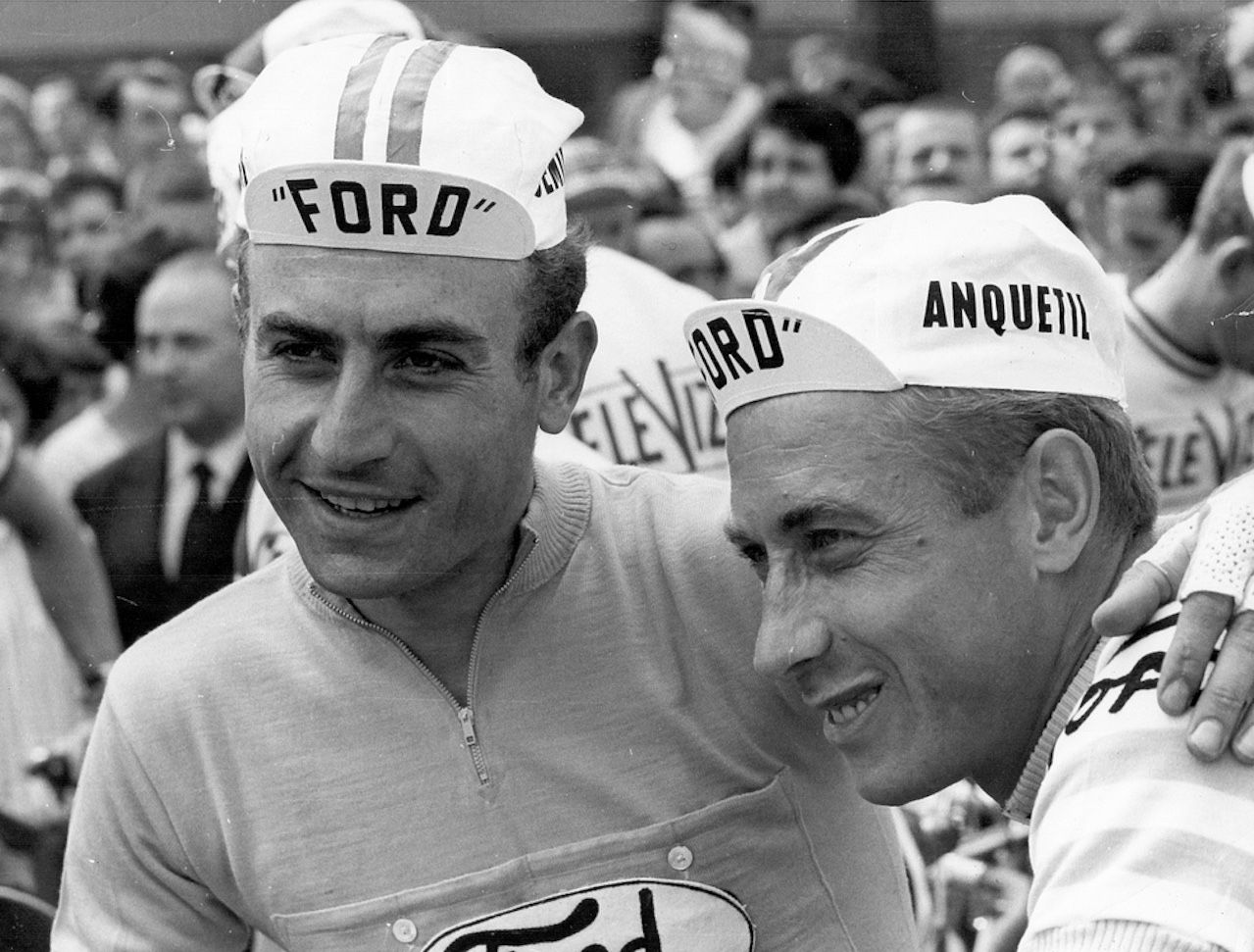 The French rider is best known for winning the 1966 Tour de France ahead of Jan Janssen of Holland and Raymond Poulidor of France.

Yet, despite his triumph in the French Grand Tour, Aimar is widely considered a “one-hit wonder” in cycling, who’s palmarēs scarcely include a few podium finishes in a number of obscure races in and around France.

Aimar was born in Hyères, Var, France, and began his career as an amateur rider in 1964, finishing second in that year’s Tour de l’Avenir – 42 seconds behind Felice Gimondi.

However, had he not been given a one-minute penalty for an incident involving another rider, he would surely have won the race.

Later that year, Aimar represented France in the individual road race at the 1964 Summer Olympics in Tokyo, which was won by Italy’s Mario Zanin.

Aimar turned professional the following year, after being signed by the Ford-Gitane team, whose team captain was none other than Jacques Anquetil.

Aimar made enough of a positive impression with the team’s director, Raphaël Géminiani, that he chose the young French neo-pro to ride in the Tour de France during his first season. Unfortunately, fatigued forced him to abandon the race along the Col d’Aubisque during the ninth stage.

Next year would prove to be Aimar’s break-out season however, when he won Genoa-Nice at the start of the race calendar, which was underscored with a second place finish in Flèche Wallonne, followed by his crowning achievement of winning the Tour de France.

Aimar’s victory in the Tour is ironically credited to a well-executed attack along the Col Aubisque, the same climb where he abandoned the previous year’s race, along with another formidable attack he commenced during one of the climbs in Turin.

Both of these attacks were attended by skilled descending, which further increased Aimar’s advantage over his rivals.

This combined with Anquetil’s assurance that the team would ride in his support, saw Aimar win the race 1:17 ahead of Janssen and Poulidor.

Unfortunately, Aimar’s season ended with a dismal 9th place finish in the World Championship Road Race at the Nürburgring in West Germany. Moreover, he was criticized for leading a chase group that included Rudi Altig that ultimately caught the breakaway that included Anquetil, allowing the German to snatch the title from his French teammate.

Ford-Gitane became the Bic team for 1967, which saw Aimar win the Four Days of Dunkirk, the Mont Faron hill climb and finish seventh in the Giro d’Italia after sacrificing his chances for Anquetil.

Later that season, Aimar rode the Tour as a national rider for France. This marked a two-year experiment, wherein race organizers decided that teams would be represented by country. As a result, Aimar was co-leader with Roger Pingeon.

Aimar won the eighth stage at the top of the Ballon d’Alsace, and then rode the remainder of the race in support of Pingeon who claimed the overall title.

Later that season, Aimar came in second in the French National Road Championship at Felletin in the Creuse, finishing behind Désiré Letort.

However, Letort was later disqualified for doping, handing Aimar the victory.

The Tour de France once again opted for national teams rather than sponsored ones for the next season.

Aimar chose to lead the French ‘B’ team rather than be a support rider in the ‘A’ team. As a result, he finished seventh, coming in second behind Pingeon during stage two in Chartreuse.

Later that season, the same duo famously broke away during the French National Championship road race at the Aubenas circuit (Ardèche).

Aimar beat Pingeon in the sprint, earning him France’s blue, white and red championship jersey, which he refused to wear the previous year in solidarity with Letort.

However, Aimar had difficulty finding his form the following year, which began with a one-month suspension for doping that denied him a start in that season’s Vuelta a España, while also stripping him of his national championship jersey.

This was followed by a disastrous performance in Tour de France that saw him suffer throughout the Alps and finish a disappointing 30th.

In fact, legend has it, that Géminiani was so disillusioned with Aimar’s poor showing, he didn’t bother following the race any further once it had reached his home in Clermont-Ferrand.

Aimar decided to leave the Bic team the following season, which had a new leader, Luis Ocaña.

Instead, he joined the new Sonolor-Lejeune team, run by Jean Stablinski with Lucien Van Impe and Bernard Guyot as its leaders.

While Aimar took victory at the Critérium de la Polymultipliée, he had another poor showing at the Tour de France, where he finished a dismal 17th.

However, Aimar found some redemption later that season, after finishing second in Bordeaux–Paris behind one-day race specialist Herman Van Springel.

Aimar stayed with Sonolor for the next season, but it was clear that he would be riding in support of Van Impe.

Van Impe made the overall podium in that year’s Tour de France with a third place finish, along with winning the coveted Polka-Dot Climber’s Jersey in the mountains competition, while Aimar could only muster a 9th place finish.

As Aimar’s career continued to decline, he left Sonolor to join the new German team, Rokado, alongside compatriots Gilbert Bellone and Jean Graczyk, all of whom rode in support of team leaders Rolf Wolfshohl and Gerben Karstens.

However, the team made little impression other than the pink jerseys they wore.

When the team ran out of money after that season’s Tour de France, Aimar decided to hang-up his career as a rider and accept the role of technical adviser for the French cycling coalition, Provence-Cote d’Azur, and later as the race organizer for the Tour Méditerranéen.

Nowadays, Aimar can be found living in his native region of southern France, where he occasionally appears as a race dignitary when the Tour de France passes through the area.