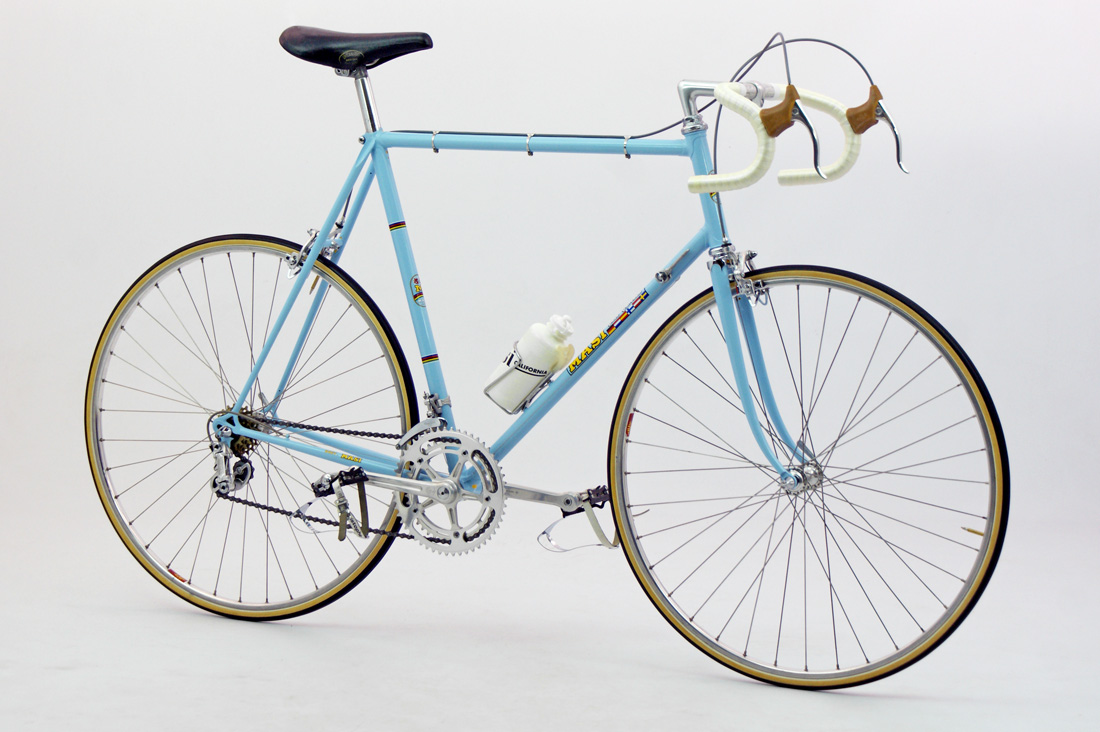 The latest bike to make its way into Speed Bicycles reliquary of priceless two-wheeled gems, is this 1974 Masi Gran Criterium road bike.

For any bike enthusiast worth his or her salt, the Masi brand needs no introduction, nor does the historical significance of the Gran Criterium.

But, we’ll digress for a moment just the same.

Following a brief career as a professional cyclist, which saw a young Falieri Masi race in two Italian Grand Tours during the early 1930’s, his continued love of both bike and sport inspired him to create the Vigorelli Velodrome Laboratory (aka Masi Bici) in 1949.

In 1972 Masi was cajoled by a group of American businessman to cross the Atlantic and begin producing bikes for the U.S. market, with the Gran Criterium ultimately becoming the flagship model.

Unfortunately, the collaboration was relatively short-lived, with a disillusioned Masi forced to return to Italy, albeit without the rights to the  marque that bore his name.

Nevertheless, many Gran Criterium framesets still managed to make their way into production. And, to this day, remain one of the most coveted bikes by collectors and enthusiasts alike.