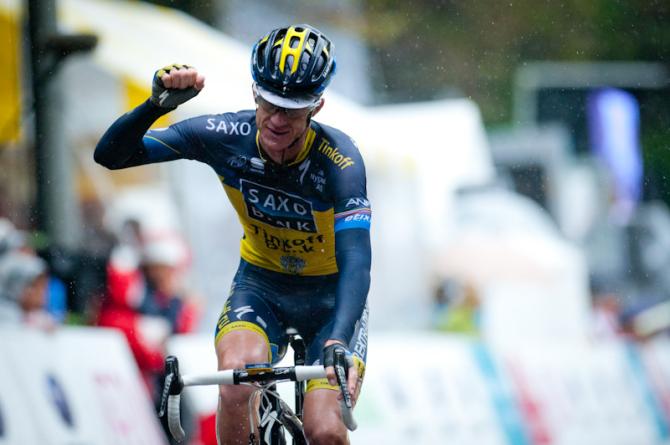 The mountainous course in Utsunomiya Forest was a superb fit for the powerful Aussie and once he broke clear on the final lap, he proved strong enough to hold off a handful of chasing riders to solo across the finish line to put a successful end to his 2013 campaign.

Rogers enjoyed the fruits of efficient team work on the penultimate ascent of the day, as the Saxo-Tinkoff team’s acceleration decimated the front group and left Rogers alone with Joshua Edmonson (Sky) whom he unceremoniously dropped to ride home in solitude. Something which Rogers said he was actually able to enjoy.

“On the penultimate climb, Rory Sutherland and Evgeny Petrov did an amazing job narrowing down the front group to just seven or eight riders and soon I was alone with Edmondson,” Rogers said. “In the finale, I managed to so solo and was actually able to enjoy the final kilometers as the margin kept growing. A great way to win all thanks for the perfect set-up by teammates and a magnificent way to finish the season,” Rogers concluded.

“In the beginning of the race, a small group managed to create a gap but the big teams worked together in the chase and had the race under control. Our boys did a perfect job setting up Michael for the finale and when Michael first got a gap, he went in to time trial mode and was impossible to catch,” said Mauduit.