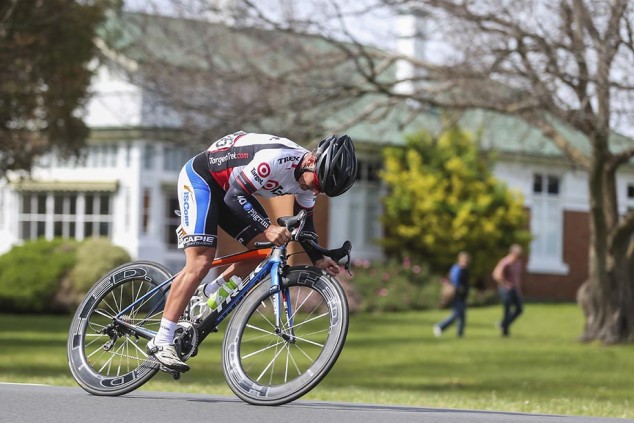 Ray (Target-Trek) and Goesinnen (Drapac) broke away from the peloton inside the final 15 kilometers before fighting for the victory.  Budget Forklifts Jake Kauffmann finished third to round out the podium.

“This win is up there with the best in my career,” said Ray. “This is my last race of the season so it’s great to go out with a win."

Stormy conditions greeted the 110 strong peloton as it made its way out of the seaside town of Warrnambool, the heavy winds and some hail combining to force all but 33 riders out of the race.

Ray was part of a breakaway group which formed 11 kilometers into the 128 kilometer Great Ocean Road race, the kiwi then attacking the group with 15 kilometers to go, taking Goesinnen with him.

“Towards the end of the race a lot of the guys started looking around at each other and attacking but it wasn’t until later on that I was able to get away," Ray said.

“Luckily I had Floris on my wheel which helped because his teammates didn’t need to chase us."