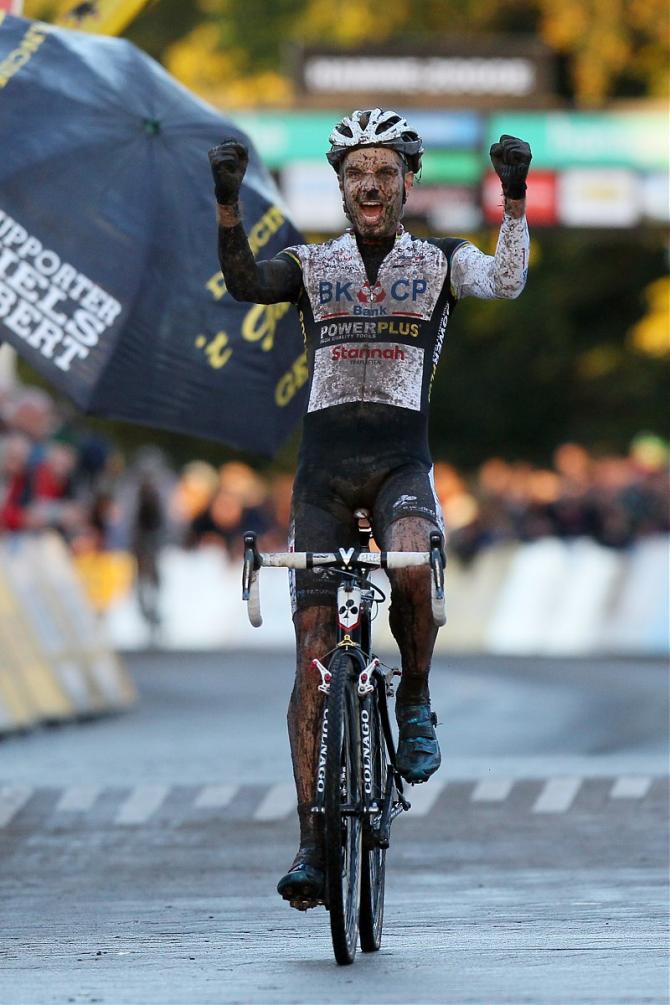 The Belgian rider powered his way clear of world champion Sven Nys in the closing laps to secure his first C1 victory of the season.

Today’s race saw Belgian champion Klaas Vantornout monetarily sidelined pin the pits with a late mechanical failure that forced to relinquish what would been a third place podium position to Philipp Walsleben.  In addition, this allowed his teammate Wietse Bosmans and BMC’s Julien Taramarcaz to slip in ahead – which will now move him down into third place behind Nys and Albert in the overall Superprestige rankings.

In the women’s event, 26-year old Nikki Harris won the race with a solo finish ahead of Sanne Cant and Sophie de Boer.

"It was heavy," a mud-clad Harris sighed. "Before the race I was nervous. I expected to roll in as third or fourth as I never had a good ride here. I arrived in stress because my car broke down on the way to the race; my exhaust fell off."

"During the first lap I checked out the course to see where I could make the difference. Changing bikes resulted in a time loss of several seconds so I skipped that."

During the first two laps Harris led the race together with teammate Sophie de Boer. However, halfway through the race, Cant began closing the gap on the two leaders. For Harris, this was an alert to up the pace.

"I started bad," said Cant," but when I finally made it to the front Sophie was riding a few meters behind Harris. I tried to close the gap back down in the penultimate lap but that didn’t work."

While Harris kept the pursuit under control,  De Boer and Cant were battling for second place in the final lap.

"I switched bikes in the final lap and avoided mistakes. I knew the others weren’t going to close me down," Harris said. Meanwhile Cant was struggling. "I didn’t want to settle for second place and by trying to chase down Nikki I didn’t have much left in my tank. In the final lap Sophie hit the gas on the road while I got stuck in the mud. It took me half a lap to get back to here and by then there were only two minutes left to do the sprint," Cant said.

The race ended with Cant nixing De Boer by a mere wheel’s length – six seconds behind the winner – Harris. The rest of the pack followed up nearly two minutes behind – lead by Ellen Van Loy.