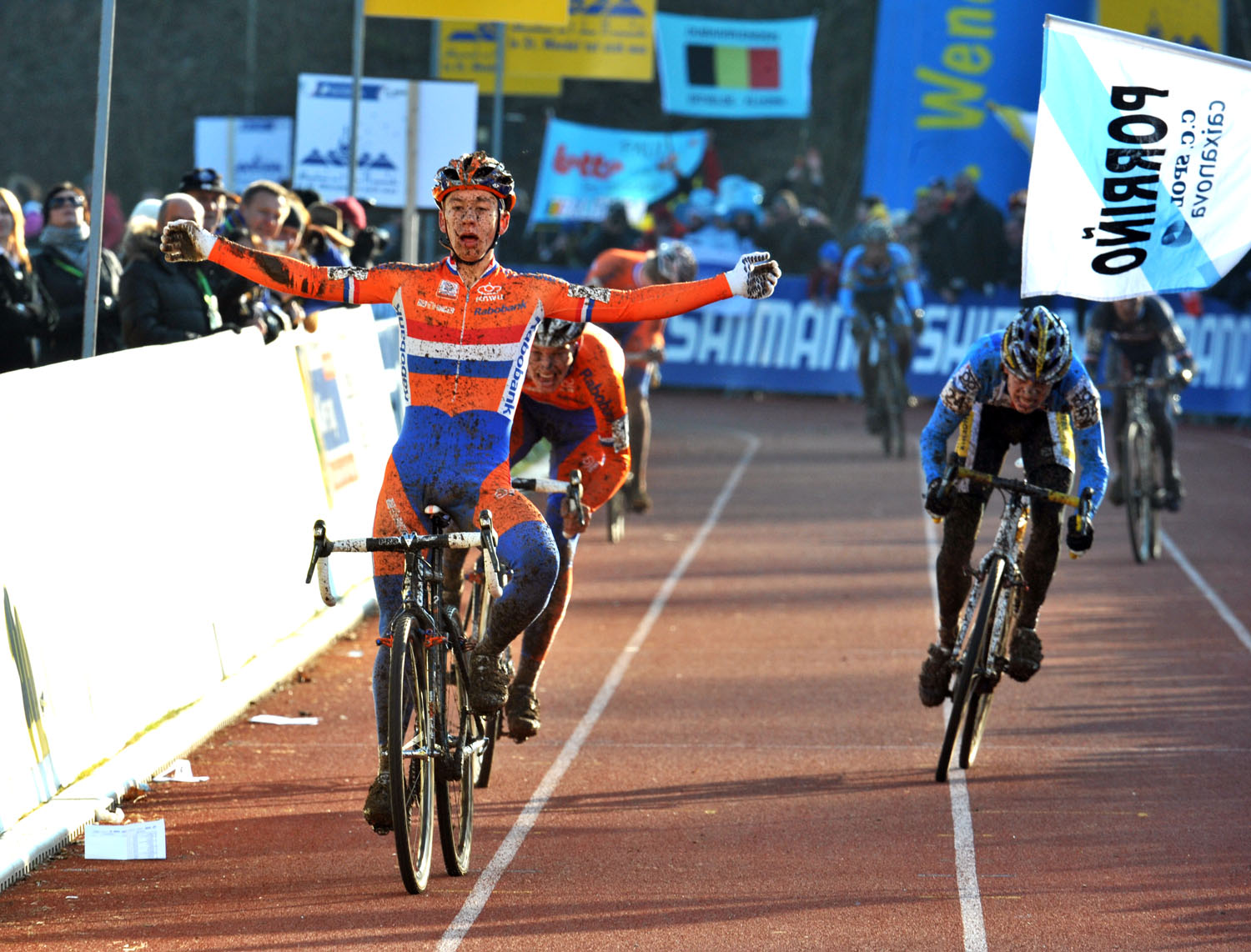 Lars van der Haar won the first round of the 2013 UCI Men’s Cyclocross World Cup in Valkenburg today – making it a double victory for the Dutch – as compatriot Marianne Vos won the women’s event.

The current Dutch national champion displayed a perfect technique as he tackled muddy descents and tough climbs as the course twisted it’s way toward the famous Cauberg Hill.

Van de Haar found himself in a good position from the outset of the race. The Dutchman subsequently seized the opportunity to head out on his own as rival Kevin Pauwels had to slow as a result of a mechanical problem. After that, neither Pauwels, who finished 20 seconds behind, or German national champion Philipp Walsleben, who finished 38 seconds behind, was able to catch him.

Meanwhile, Belgian super stars, Niels Albert and Sven Nys, experienced a terrible day, wherein Albert was only able to managed 11th place and Nys suffered not only a crash, but mechanical problems galore toward the end of the race.

Today’s win made Van der Haar the overall leader in this year’s World Cup rankings. The seven-race series continues on Sunday, October 26 in Tabor, in the Czech Republic.