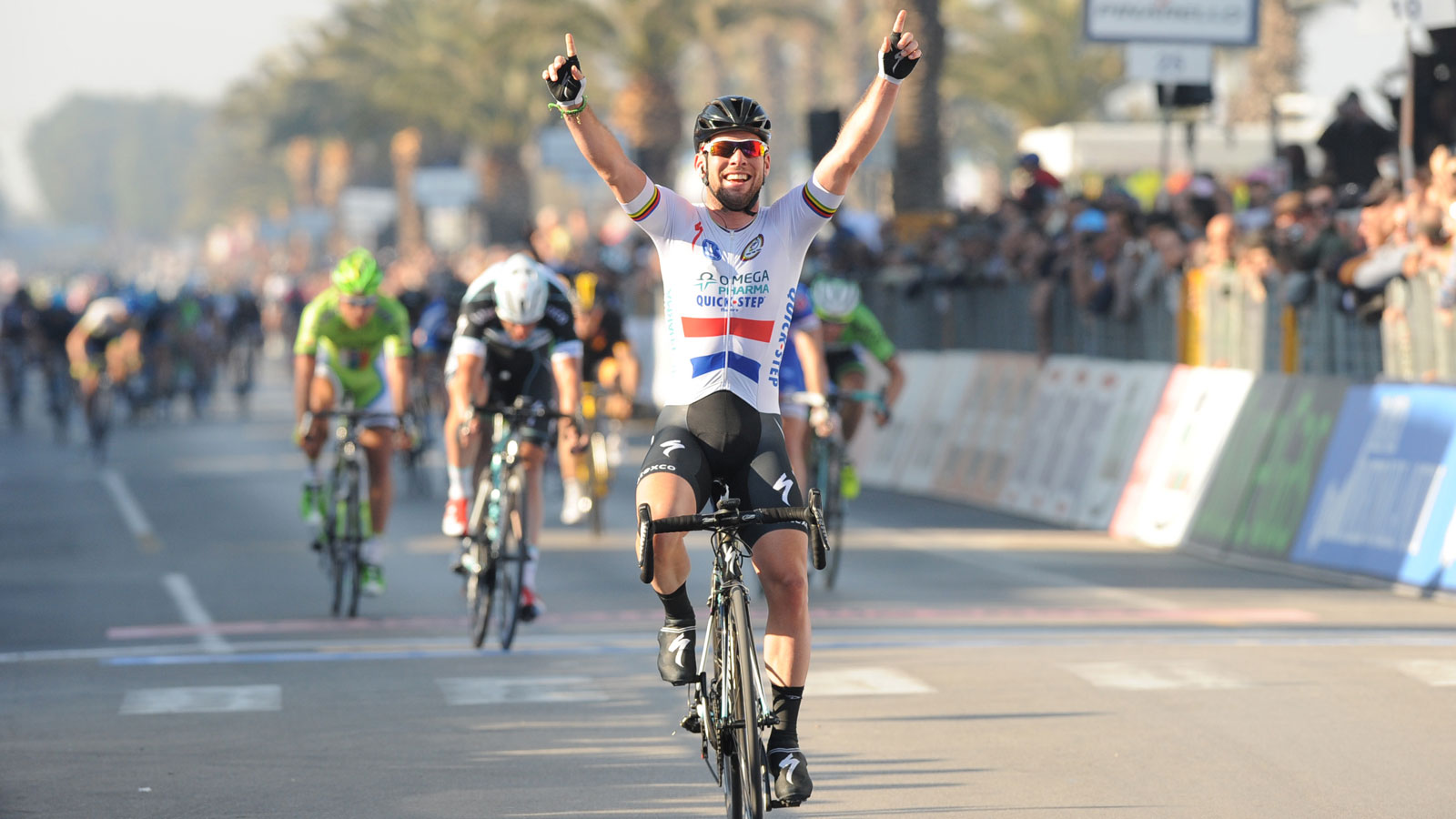 Mark Cavendish won the opening stage of this year’s 2014 Presidential Tour of Turkey, in a sprint finish ahead of Elia Viviani and Theo Bos.

Cavendish profited from his teammate’s hard work, as the Manxman found himself perfectly positioned to power around the outside of other sprinters to cross the finish line by a clear margin.

As a result of today’s victory, Cavendish assumed possession of the race leader’s jersey.

Cavendish had these things to say – prior to the tart of today’s stage.

What’s your condition like? “I’ve been training a few weeks so I’m not in top form but I’ve been putting on form. I’ve been doing gym work too. Everybody had the problems I had at some time this year so it’s unfortunate but I’m soon going to be back in shape. It was a stomach virus, I think most riders, most people have had it.

You have an impressive team around you here? What is the plan? We brought a strong team here but we have a strong team most of all this year at Omega Pharma Quick Step with Petacchi, Steegmans, Renshaw and Keisse who won stages here and also with Gianni Meersman and Petr Vakoc. We have an incredible team here and I’m excited to ride. Now for the rest of the season, we’ll see what happens, the team will be very, vey flexible like my program this year with this long break, I hope to have people around me to travel with me to the different races that I want to go to.

And how about your new look? I’ve just been too lazy to shave the beard off. I might shave it off tonight.

Had you been to Turkey before? It’s my first time in Turkey but my mother spends holidays here every year."