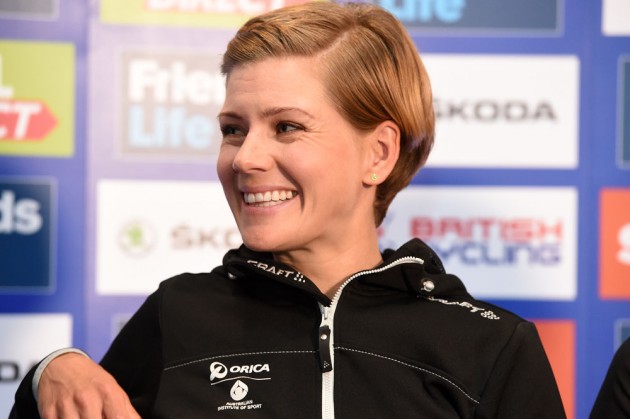 Emma Johansson won the opening stage of this year’s Women’s Tour, in a sprint victory ahead of Marianne Vos and Hannah Barnes.

The Swedish rider prevailed in a bunch sprint finish in Northampton, after solo breakaway rider Elise Delzenne was caught in the final 2 kilometers.

Today’s stage saw 96 riders depart from Oundle, with hordes of fans cheering them on as they started along the rolling 93.8 kilometer course.

A watchful peloton kept an early breakaway group from straying too far during the first third of today’s race. However, Delzenne managed to successfully escape the clutches of the field with an attack of her won at the 29 kilometer mark.

From there, the French rider succeeded in opening up a gap of 45 seconds over the chase during the final 14 kilometers. However, at that point, Armitstead’s Boels-Dolmans team began stepping up the pace back in the peloton – ultimately reeling in Delzenne in the closing 2 kilometers.

As race entered the final few hundreds, teams began ushering their sprinters to the front in preparation for what was shaping up to be a bunch sprint. However, a slight incline just before the finish line served  to shake things up a bit for the pure sprinters, thus allowing Johansson the opportunity to capitalize on the situation.

“I can sprint, especially when it’s technical or hard or cold like today. Still, I can barely believe it. I love it here. I made my good memory in England. Hopefully this is just the first one."