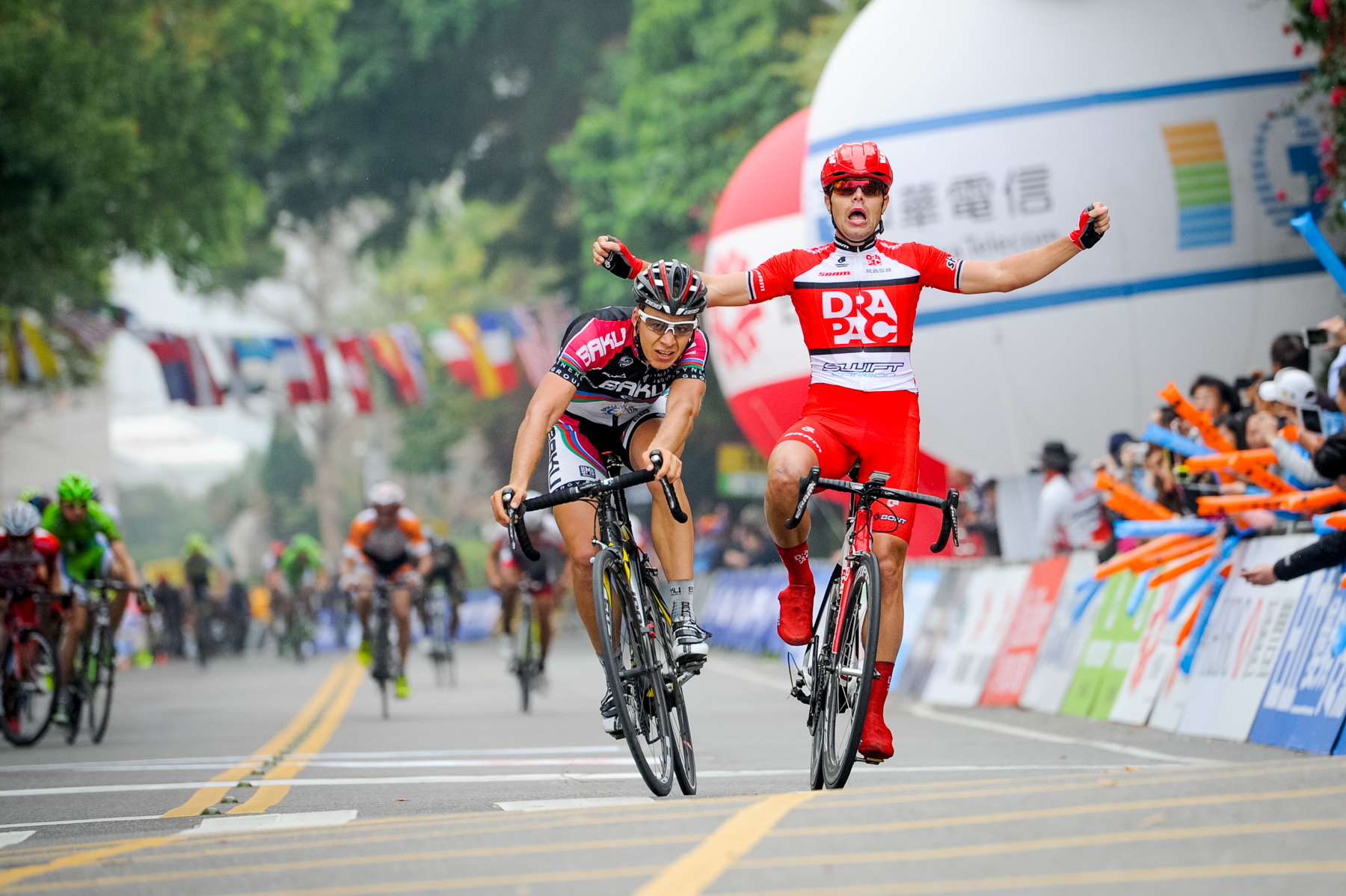 Dutch rider Wouter Wippert of Drapac Professional Cycling emerged as the winner of stage 3, after a close sprint against Synergy Baku’s Christoph Schweizer on the 650 meter climb leading to the statue of Baguashan Buddha in Changhua for the thrilling finale.

“I came to the front with 300 meters to go”, Wippert described, “but that was too far away from the finish. I had to let Schweizer pass me before I made my final effort in the last 100 meters but it’s been tight till the very end.” The crowd called up for the photo-finish to determine the winner but it was the Dutchman who raised his arms up the air, indeed.

“This is my first race ever in Asia but I had time to look at the finishing uphill prior to the start, so I knew what kind of tactic to use”, Wippert explained. “It’s a great finale. It looks a bit like the Cauberg . It was also the first real bunch sprint for me as I came second on stage 1 but I slipped in the second last corner so I couldn’t sprint as I wanted to. This time it went all at perfection.”

“Today I feel like I’ve just won my first pro race as it is my first ever victory in a category 1 race”, said the 23 year old who recently claimed two stages of the New Zealand classic and previously won a stage at the 2010 Tour of Slovakia, at the 2011 Tour of Berlin, at the 2011 Tour de l’Avenir (ahead of his compatriot Moreno Hofland who took stage 2 at Paris-Nice on Monday and the Tour of Hainan overall last year), and at the 2012 Triptyque Monts et Châteaux, all category 2 or U23 international races.

“But this is another good day for us”, said Di Gregorio who finished fourth, just ahead of Cannondale’s neo pro Davide Formolo who is a pure climber in the making. “I’ve literally loved this uphill finish. There should be more of finales like this one in cycling. It’s a fantastic venue for a bike race. This is my first time in Taiwan and I’m delighted. Leading the race gives us the responsibility to control the situation but Drapac actually helped us to close the gap.”

Today’s stage saw a four-man breakaway group led by Cheung King Lok (Team Hong Kong-China), Liu Chin Feng (Team Gusto), Aldo Ilesic (Unitedhealthcare) and Tim Gebauer (Team Stölting), get underway at the 14 kilometer mark. From there, the escapees built up an advantage of four minutes over the peloton. Ilesic persisted and was the last man caught at the bottom of the final uphill climb.

Tomorrow’s Stage 4 in Tainan City is considered the queen stage of this year’s race, with a finish at Zengwen Reservoir thirty kilometers from the finish in  Guanzhiling. It was along same route of last year’s Tour, that Australian Nathan Earle impose himself on the competition, and won the overall title.