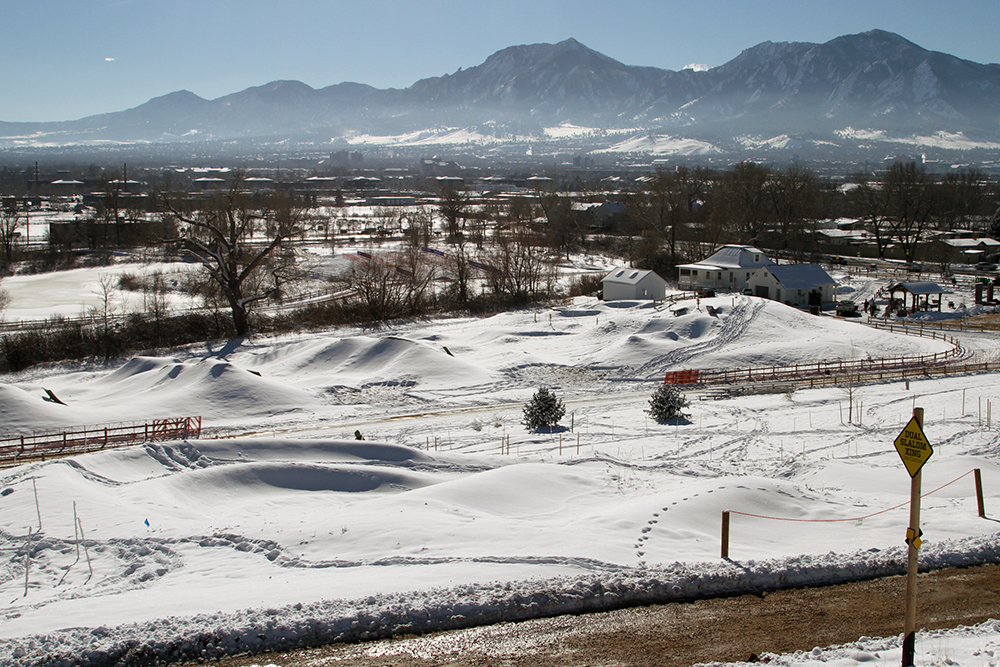 The 2014 USA Cyclocross National Championships kicked off under sunny skies and temperatures in the upper 30s on Wednesday at Valmont Bike Park in Boulder, Colo., with Stars-and-Stripes jerseys awarded to the men’s and women’s singlespeed champions. The course threw ever-changing conditions at the riders throughout the day as the snow cover began to melt, leaving a slick and muddy track.

The first national title went to Maureen Bruno-Roy (Arlington, Mass./Bob’s Red Mill p/b Seven Cycles), who rode away with the women’s singlespeed national title. After battling with Ellen Noble (Kennebunkport, Maine/Trek Cyclocross Collective) through the first lap and a half, Bruno-Roy steadily pulled away from the field to win the race by 57 seconds over her closest competitor and secure the Stars-and-Stripes jersey. On the second lap, Noble began facing a strong challenge from Ellen Sherrill (South Lake Tahoe, Calif./Bicycle Bluebook-HRS-Rock Lobster Cyclocross). Sherrill turned in strong second and third laps to place second. Jessica Cutler (Seattle, Wash./Bikesport Nw-Jamis) finished third, only 10 seconds ahead of Amanda Nauman (Mission Viejo, Calif./SDG Felt), who was fourth. Noble rolled across the finish line in fifth place.

"I came out, I was just hoping to get used to the course and try out the singlespeed bike and have a little bit of fun. Getting the win is pretty special," Bruno-Roy said. "It’s nice to ride alone because you can pick your own lines. If the bike is sliding, you can just follow the bike, whereas the first lap, I was sitting behind a few riders. I couldn’t see what was in front of me. I just had to almost pay more attention and be sharper. I enjoy being alone and picking my own lines and sliding around a little bit."

Tim Allen (Golden, Colo./Feedback Sports Racing) utilized a similar tactic as Bruno-Roy to handily win the men’s singlespeed title. Allen separated himself from Braden Kappius(Littleton, Colo./Team Clif Bar Cycling) after the second lap and never looked back, winning by over a minute to earn his first cyclo-cross Stars-and-Stripes jersey. Behind him there was a furious battle with Kappius nipping both Corey Stelljus (Madison, Wis./Racers Against Childhood Cancer) and William Iaia (Centennial, Colo./Groove Subaru Excel Sports) for the silver medal, 1:07 slower than Allen.

"It started cooling off which is good for me," said Allen. "It was a total mountain bikers paradise — technical, mud, snow, you name it the conditions were perfect. The key was to ride smart and I think I chose the lucky gear. I was way under gear compared to everyone else I talked to. I was definitely spun out on the road but when it came to all the mud and all the turns, I was just spinning, so I think that helped."