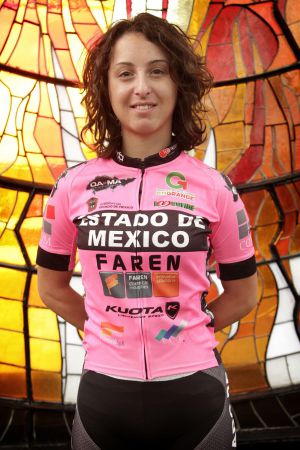 Today’s 118.8-kilometer stage 2 began in the market town of Hinckley in Leicestershire and headed north east towards the outskirts of Leicester before turning south east back through Northamptonshire and on to the finish on the Embankment in Bedford.

It featured two intermediate sprints at Lutterworth and Turvey, while the Queen of the Mountains points were at Kilworth and Naseby.

An early breakaway from Silvia Valsecchi saw the Astana-BePink rider open up a 50-second lead, but eventually she was caught. The 31-year-old Italian however hung on long enough to take first Yodel sprint points at Lutterworth. Britain’s Lizzie Armitstead was second, beating Vos into third and earning a two-second time bonus.

Massive crowds greeted Great Britain’s Lucy Garner as she passed through her home town of Cosby and shortly after Garner’s teammate Ciara Horne put in a solo attack and broke clear to take the Strava QoM points at Kilworth, 45-kilometres in, before dropping back into the group.

Fellow Brit and former national champion Sharon Laws took second over the climb to increase her lead in the QoM standings.

Then came the decisive move; Ratto of Estado de Mexico Faren attacked before the second QoM at Brixworth, 64-kilomeers in, taking the maximum QoM points and quickly building a solo lead of almost two minutes.

Sharon Laws was third over the hill, enough to secure her Strava Queen of the Mountains jersey for another day.

2013 road world championship bronze medalist Ratto stayed off the front of the group for a while, her lead ebbing and flowing before the Italian breakaway theme continued; Susanna Zorzi of Astana-BePink going off the front to join her compatriot.

Together they reopened a gap of over two minutes as the race neared the second and final Yodel sprint of the day at Turvey. Ratto took maximum points ahead of Zorzi with Lizzie Armitstead once again besting Vos at the head of the peloton, which, thanks to the efforts of her Boels Dolmans team was rapidly catching the two escapees as the Bedford finale approached.

Meanwhile Britain’s Emma Pooley was delayed in a crash and had to work hard to chase back on to the peloton.

At 5-kilometers to go it was touch and go whether or not the breakaway pair would be caught however at 1km the pair still had 27 seconds lead, with Ratto taking the win from under-23 European road champ Zorzi.

Marianne Vos took the bunch sprint for third ahead of compatriot Amy Pieters.