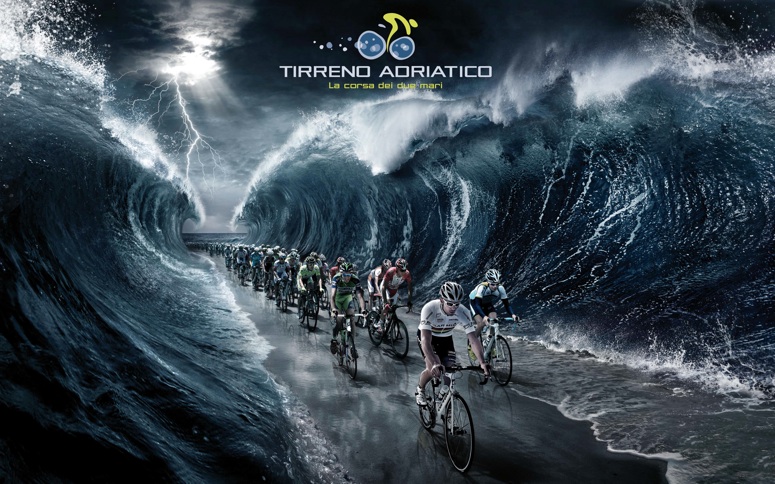 Organizers for the 2015 Tirreno- Adriatico, RCS Sport, unveiled next year’s route at a press conference in Italy this week.

Often referred to as, the "Race of the Two Seas",  the 2015 event will mark the race’s 50th anniversary. And, as usual, it will pass through the regions of Tuscany, Umbria and Marche, to include the addition of a team time trial on the Tyrrhenian coast in Camaiore, as well as the traditional challenge of the San Benedetto del Tronto – individual time trial.

Speakers at the presentation were the Italian National Elite Road Cycling Team General Manager, Davide Cassani; Tinkoff-Saxo rider, Daniele Bennati; the Mayor of Camaiore, Alessandro Del Dotto; RCS Sport’s Head of Cycling, Mauro Vegni; Member of Camaiore Council in charge of Sport, Francesco Santini; and the Tirreno-Adriatico Race Director, Stefano Allocchio. Amongst the guests at the presentation were the winner of the race’s inaugural 1966 edition, Dino Zandegù, and Francesco Moser, who won Tirreno-Adriatico twice in 1980 and in 1981.

“The course presented today is ideal for an important race such as Tirreno-Adriatico," Cassani said. "I really like it, the best riders today aspire to win the Tirreno-Adriatico, which is no longer the race in preparation of Milan-San Remo, as in the past.”

“During the race my role will be to protect my captains, Contador and Sagan," Bennati said. "This is a really compelling course, and the stage ending at the top of Monte Terminillo is perfect for Contador. Tinkoff-Saxo will be at the start with a very high level formation that alongside Sagan, Contador and myself also includes Basso, Rogers and Tosatto too.”

“Tirreno-Adriatico is one of the races that made the history of this sport and that will keep on making it," Veigni said. "This is shown by the repeated participation of the best riders in the world and continuous interest of big brands in sponsoring the event; every year more and more councils ask us about being part of the course too. The images of our country, thanks to our partnership with Rai which produces the images of our races impeccably, will be broadcasted in 2015 in over 150 different countries in the 5 continents.”

“For 2015 we created a course that, as in previous editions, will test every type of rider," Allochio said. "Participation will be extraordinary as usual. Contador, Nibali, Froome, Valverde, Rodriguez, just to give you some names, have all programmed to take part at the race already and I’m certain the spectacle will be guaranteed.”

In addition, to commemorate the Tirreno-Adriatico’s 50th anniversary, Santini has created a special edition logo, that will be featured on the races special jerseys.